BEING a widow at 50 was not something international music superstar Celine Dion ever planned for.

While she continues to grieve the death of her husband and manager — “the greatest man in this world,” she reminds me — something unexpected and inspiring has happened to the My Heart Will Go On singer. 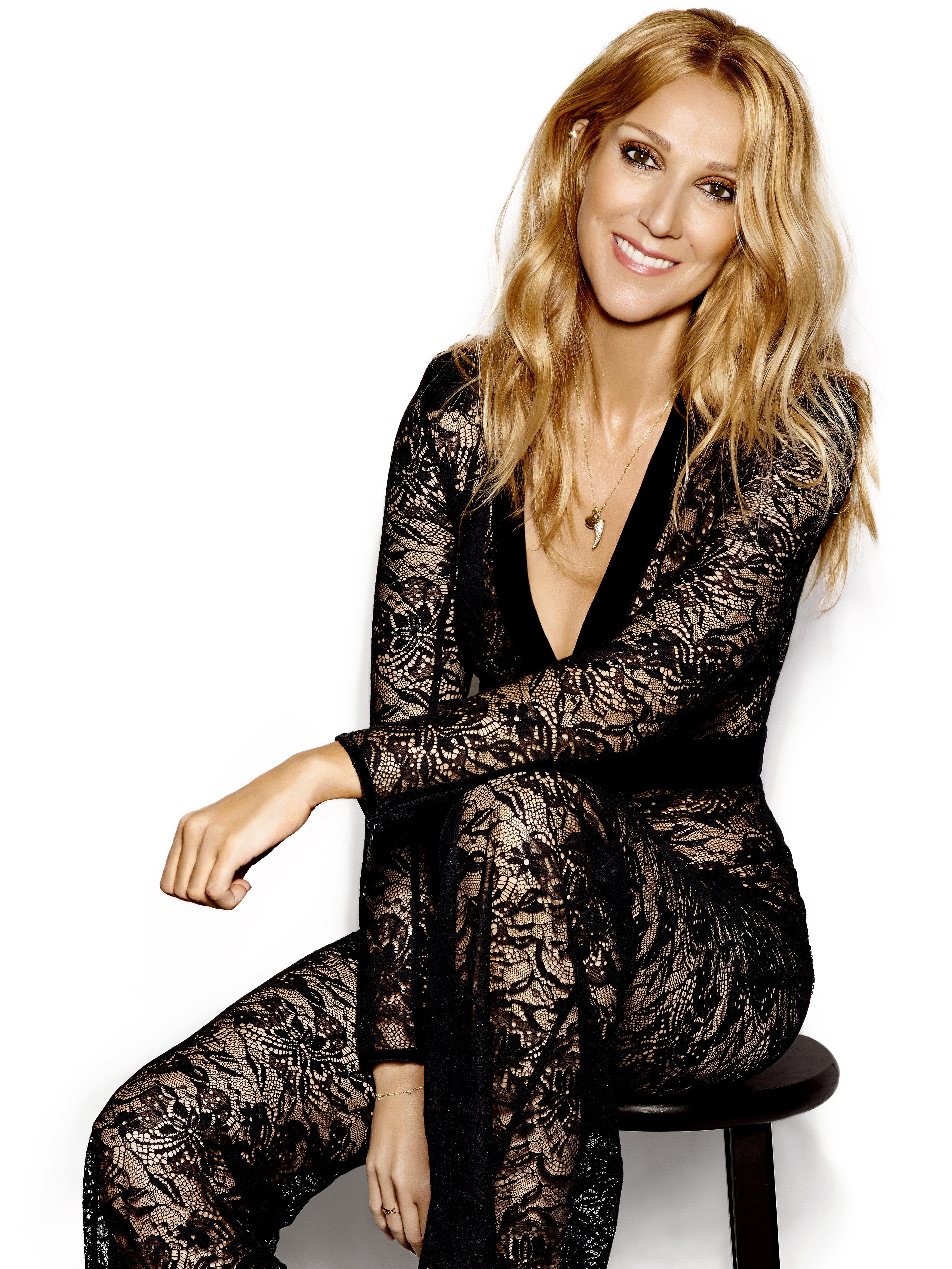 She has found, as she puts it, “the wind beneath my wings” to become an unlikely fashion icon and fearless businesswoman, willing to take risks she never would have when her husband was in charge.

In an exclusive interview, as she announces plans to return to the UK for a one-off concert in Hyde Park, Celine tells me: “To be honest with you, I think I’m at the best of my life right now and I really want to enjoy and embrace every moment of it.

Just don’t suggest a toyboy lover has trampled all over the memory of Rene Angelil — who discovered Celine when she was 12 years old, became the only man she ever kissed and then left her devastated three years ago when he died of cancer, aged 73. 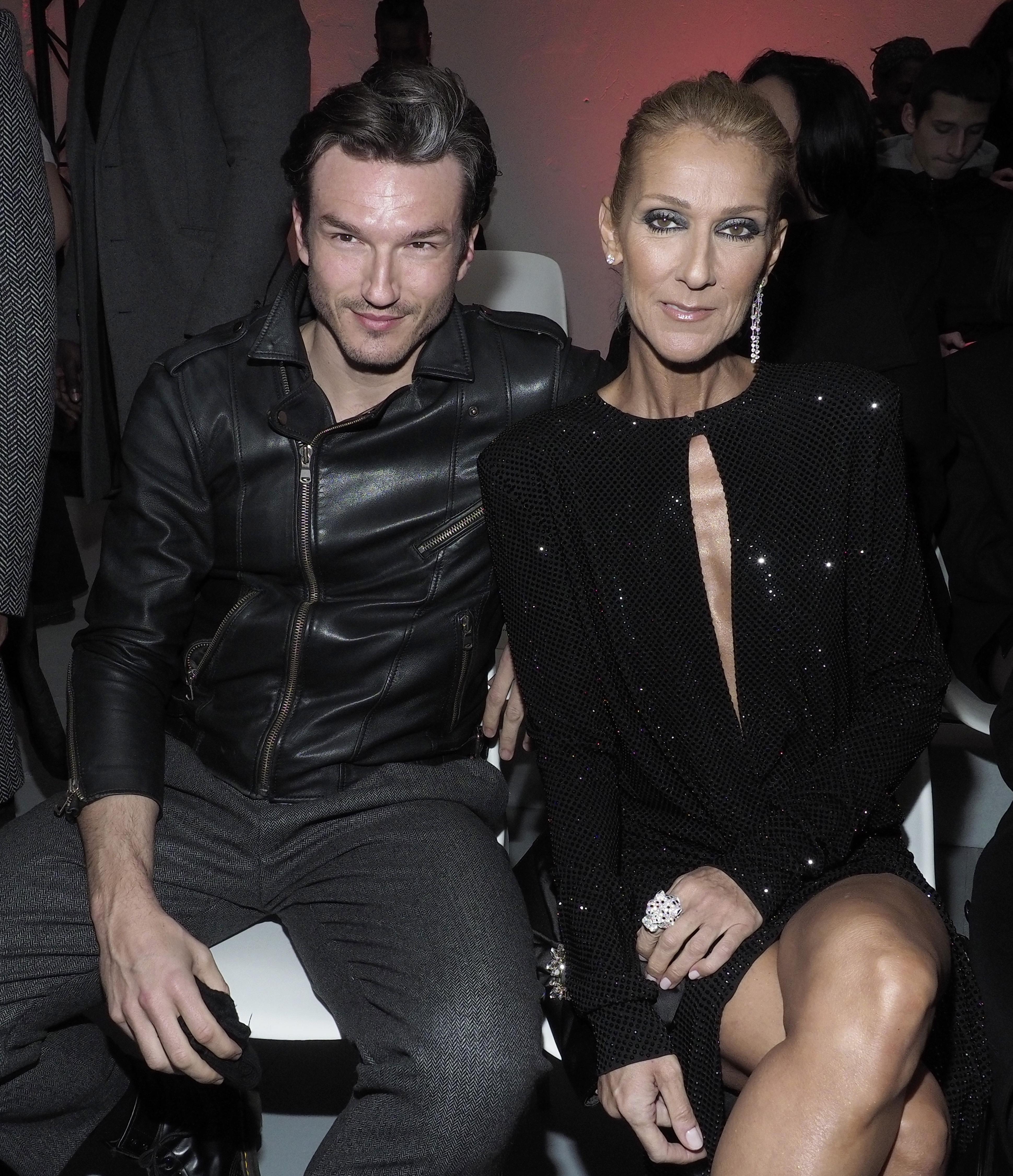 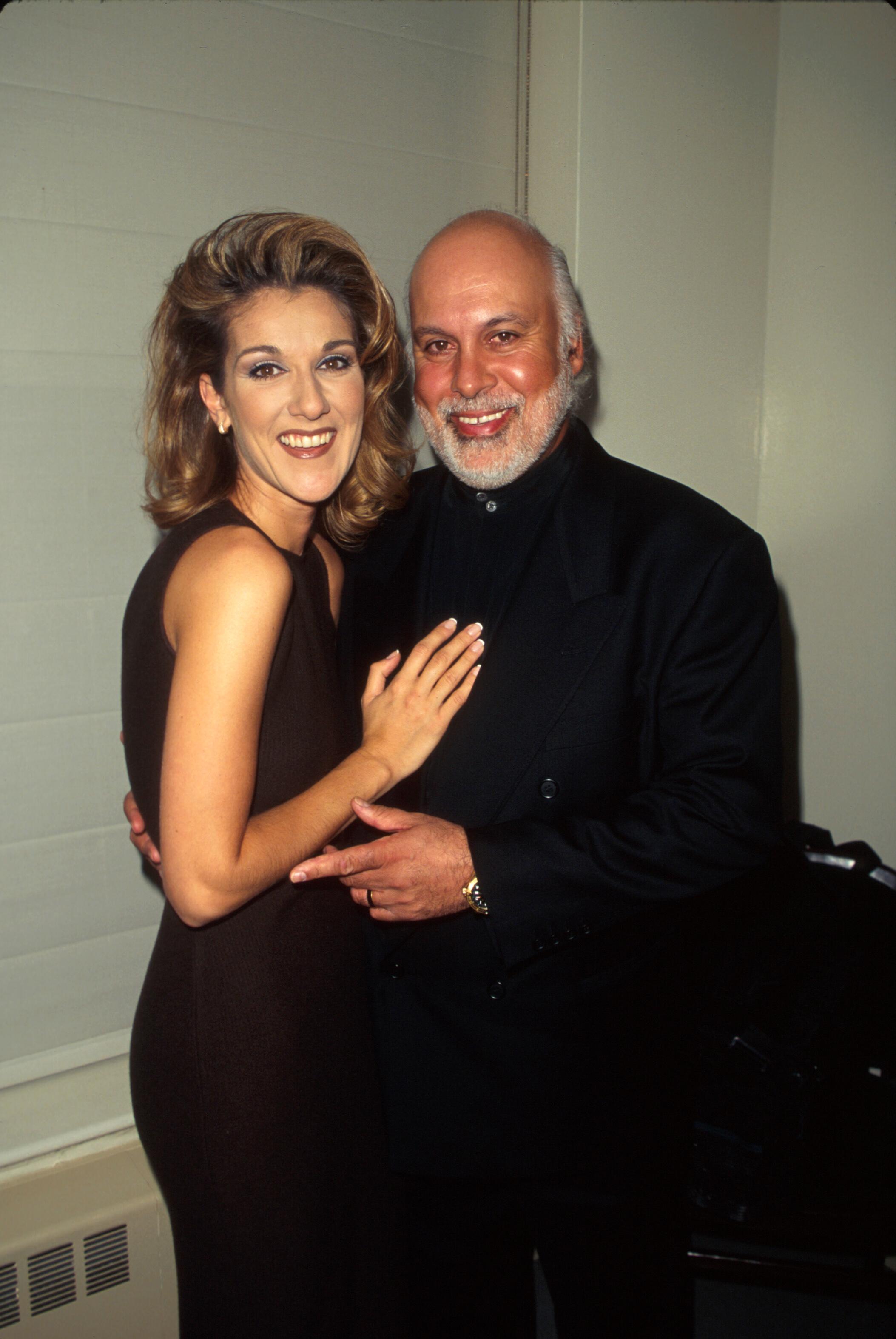 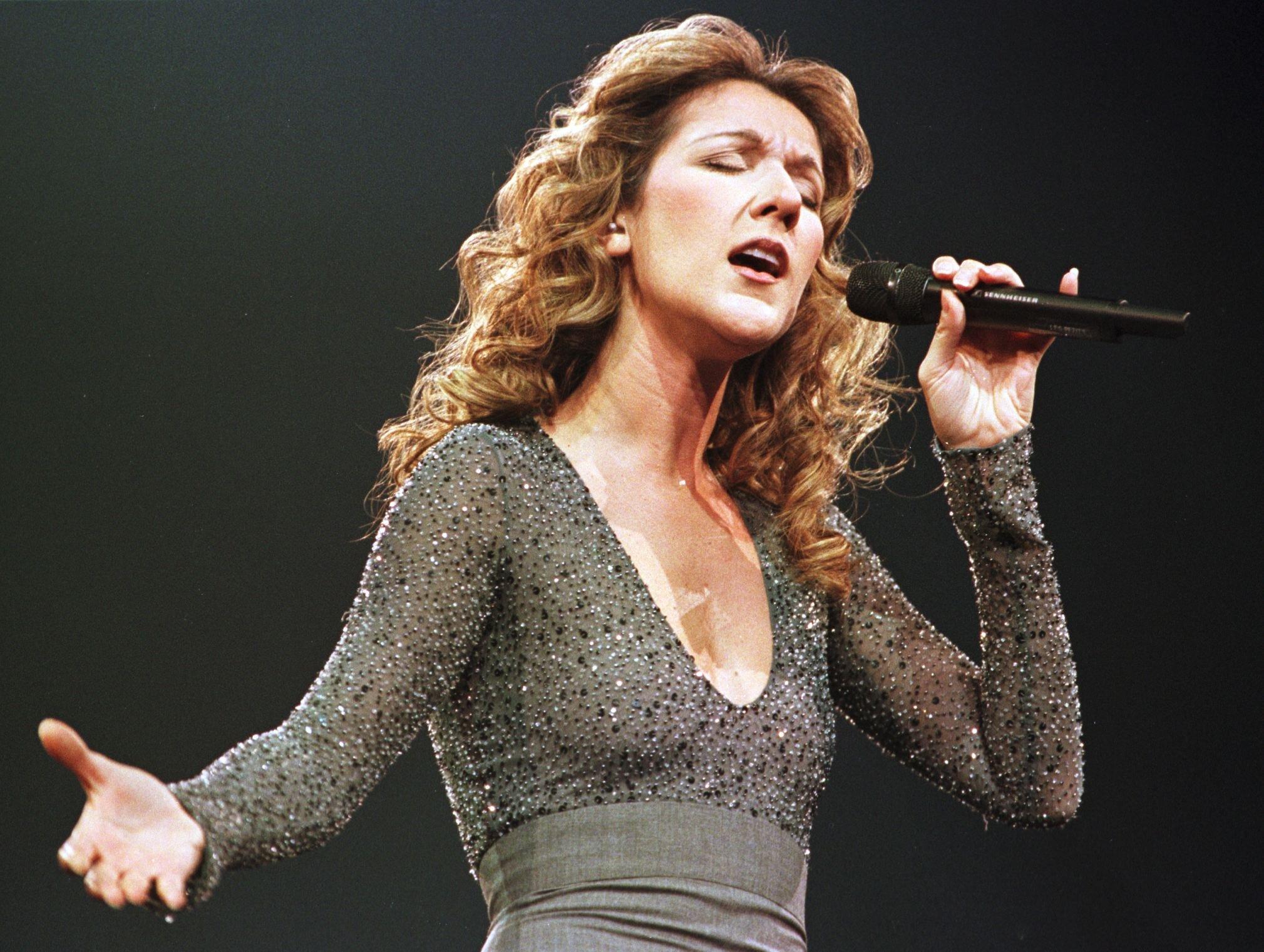 For the last two years Celine has been accompanied almost everywhere by dancer Pepe Munoz, with many hints of a new romance.

As we sit in a suite in famous Paris landmark Hotel de Crillon, overlooking the Eiffel Tower, where Celine has attended Fashion Week, she says with exasperation: “The press said, ‘Oh my God, Rene just passed and now there’s another man’.

There is no doubt Pepe, 34, and Celine are incredibly close — he’s travelled with her to the French capital and is in the room for our interview — and she is concerned the attention is “difficult” for him.

Of course we hug and hold hands

“It was probably overwhelming for him at the beginning when we started working together because we were dancing together,” Celine recalls in the interview, which you can hear in full by subscribing to my podcast The Dan Wootton Interview now for free.

“We bonded right away as friends, we had a good time. It evolved.

“But when people started to take pictures and it was like, ‘Who’s that guy? Rene?’” With the slightest hint of anger in her voice, she adds: “Let’s not mix everything.”

Pepe is with her all the time, she counters, because he helps to style and train her so she is in the best shape. She adds: “We’re friends, we’re best friends. Of course we hug and hold hands and go out, so people see that. I mean, he’s a gentleman. He’s giving me his hand to go out.” 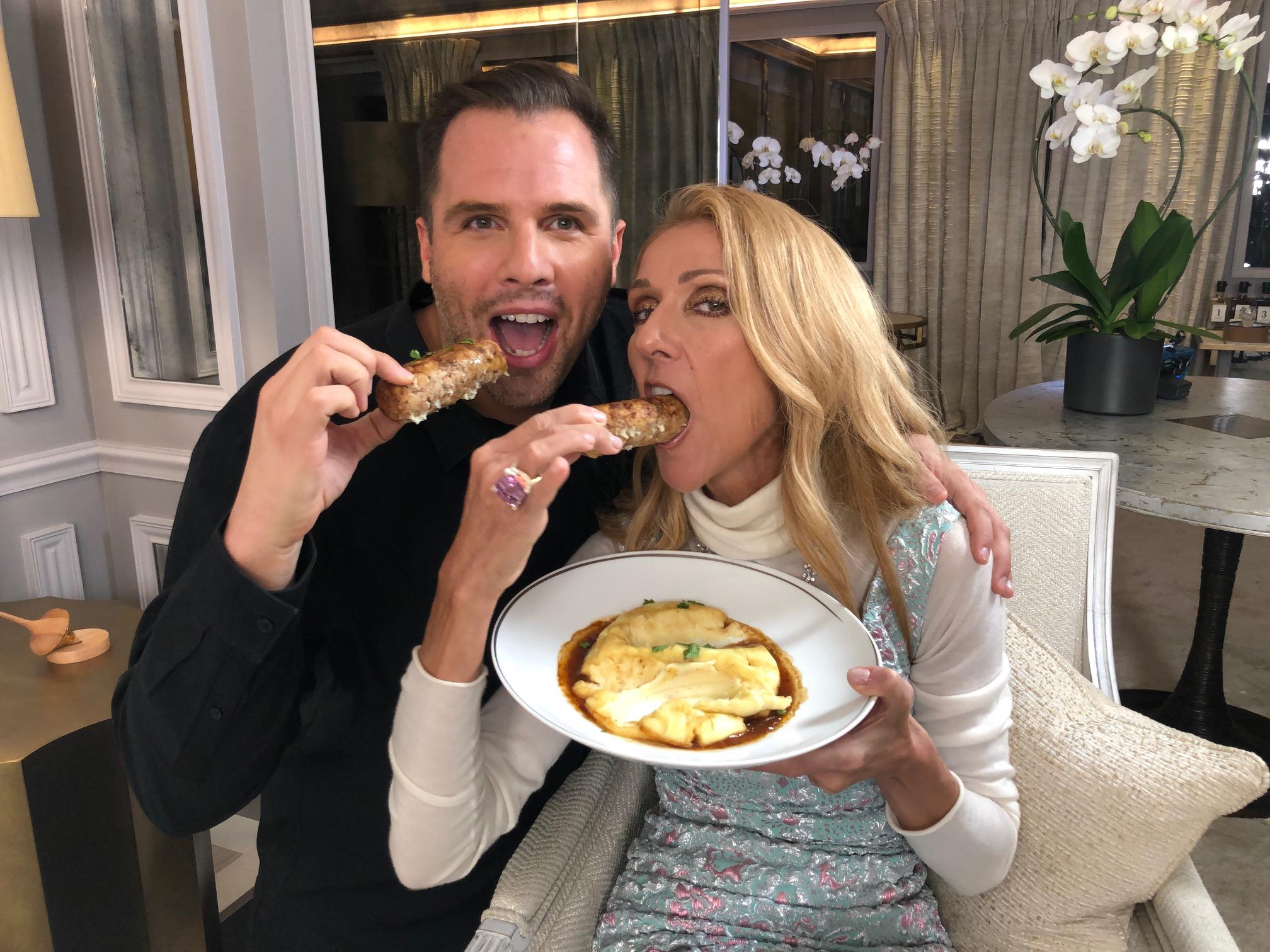 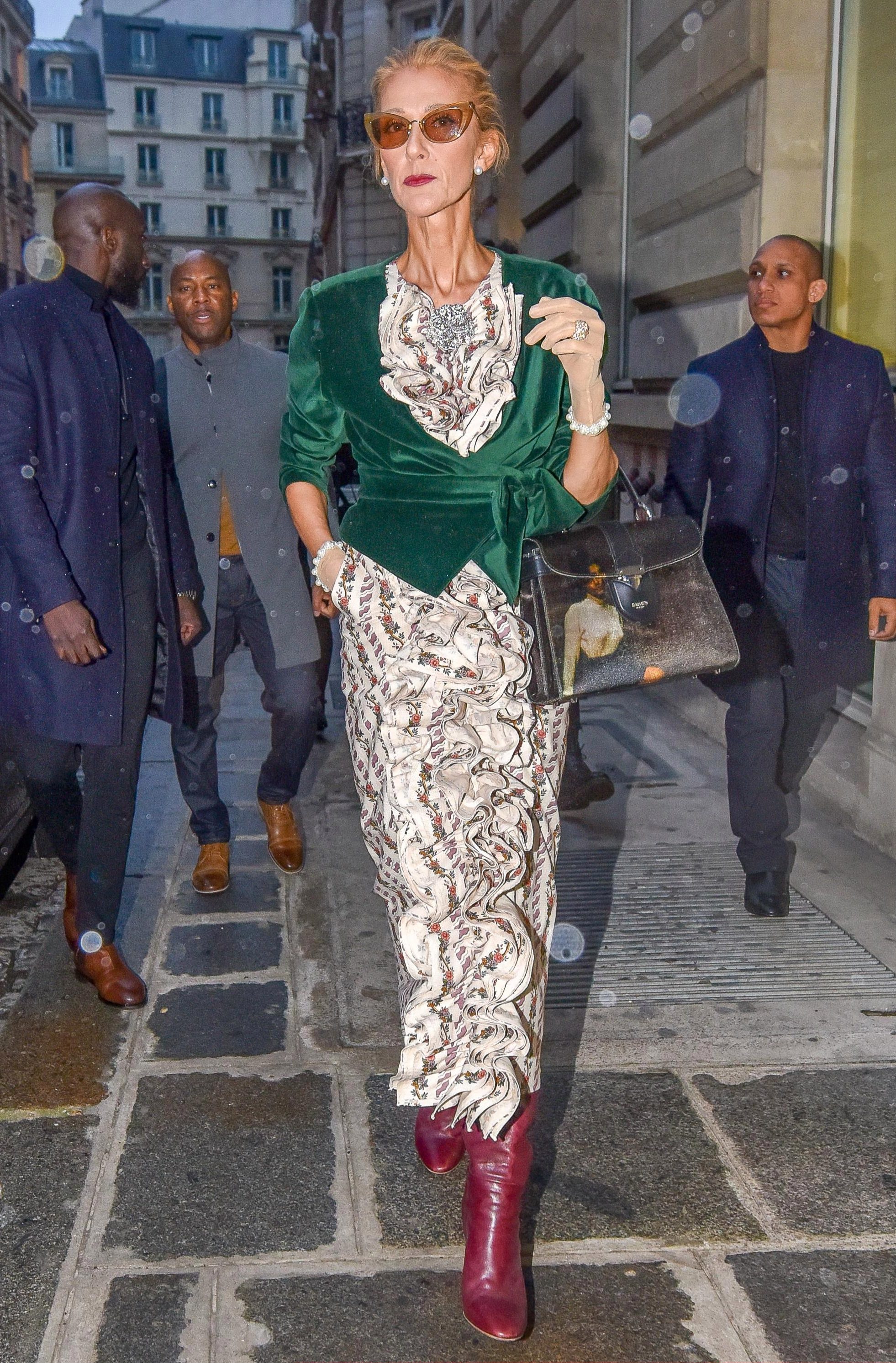 Does it make her angry that people think she has moved on already?

She tells me: “I don’t mind because he’s handsome and he’s my best friend.”

I ask if she is single. “I am,” she says slowly and thoughtfully, before bringing out her trademark humour, and joking: “By the way, when I say, ‘I am single,’ please, leave me alone. Thanks.” When I last sat down with Celine two years ago, there was a deep sadness in her eyes, in the aftermath of Rene’s death.

Now she mentions her husband often, but there is a hope there too as, she says, “he’s at peace and he’s resting and he’s always within me. 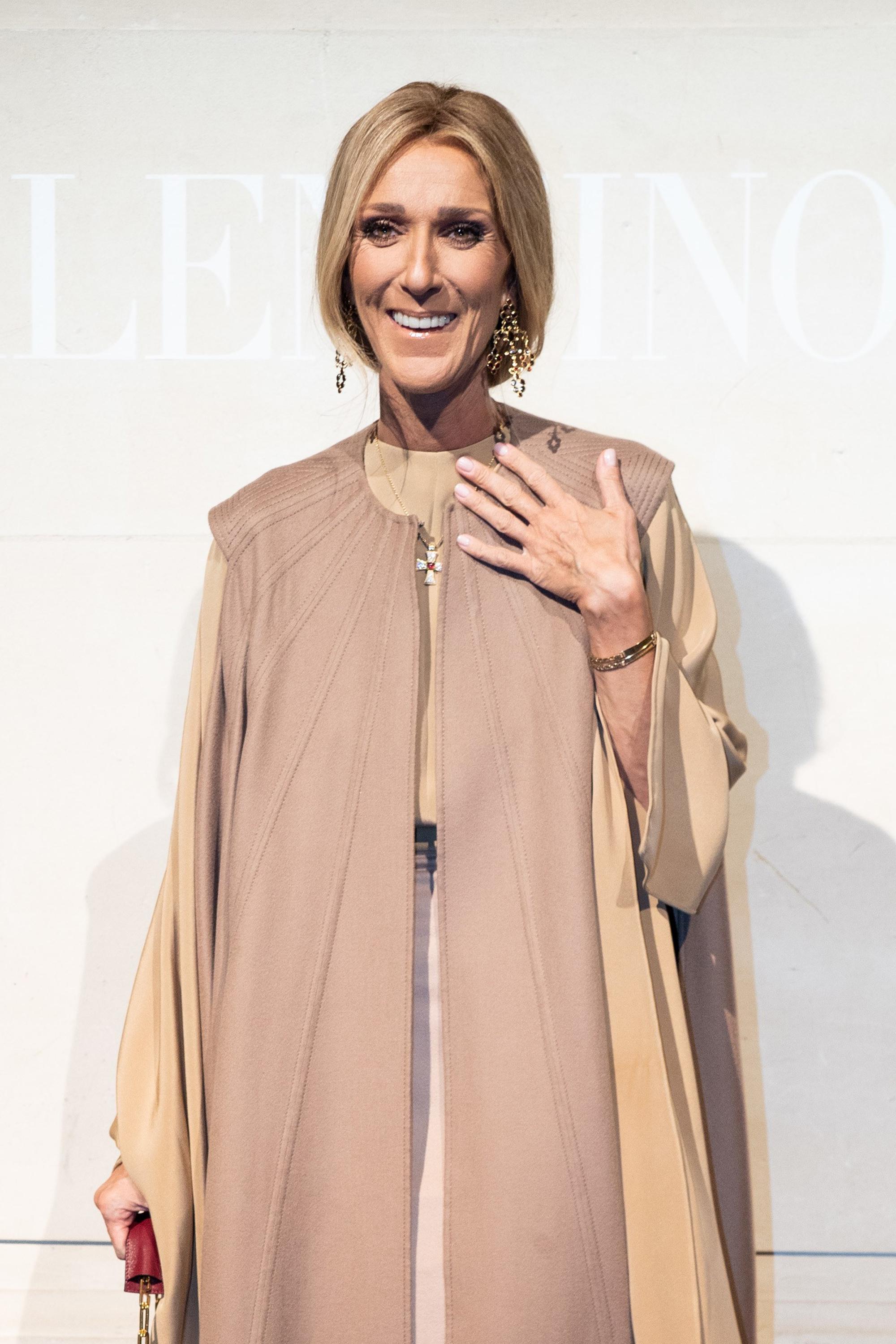 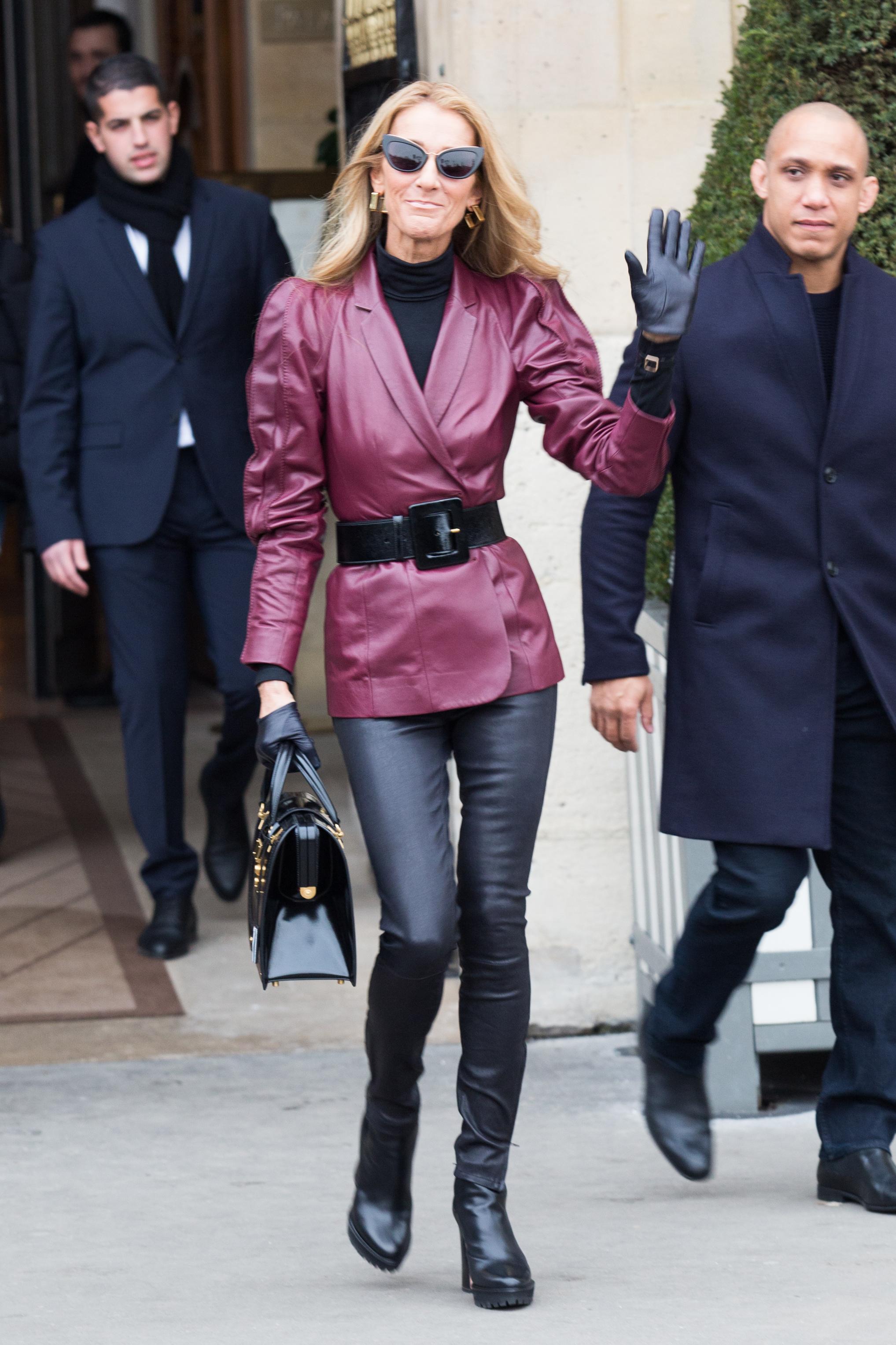 “I see him every day through the eyes of my children.

“He gave me so much strength through all these years. And so much for me to explore, for me now to spread my wings.

“The maturity that comes with age and time.”

It is now up to Celine to make the tough decisions — for her career and, most importantly, her children.

She explains: “I feel that now I have a voice, which is kinda weird as that’s what I’ve been doing all my life — using my voice, but in singing and performing. 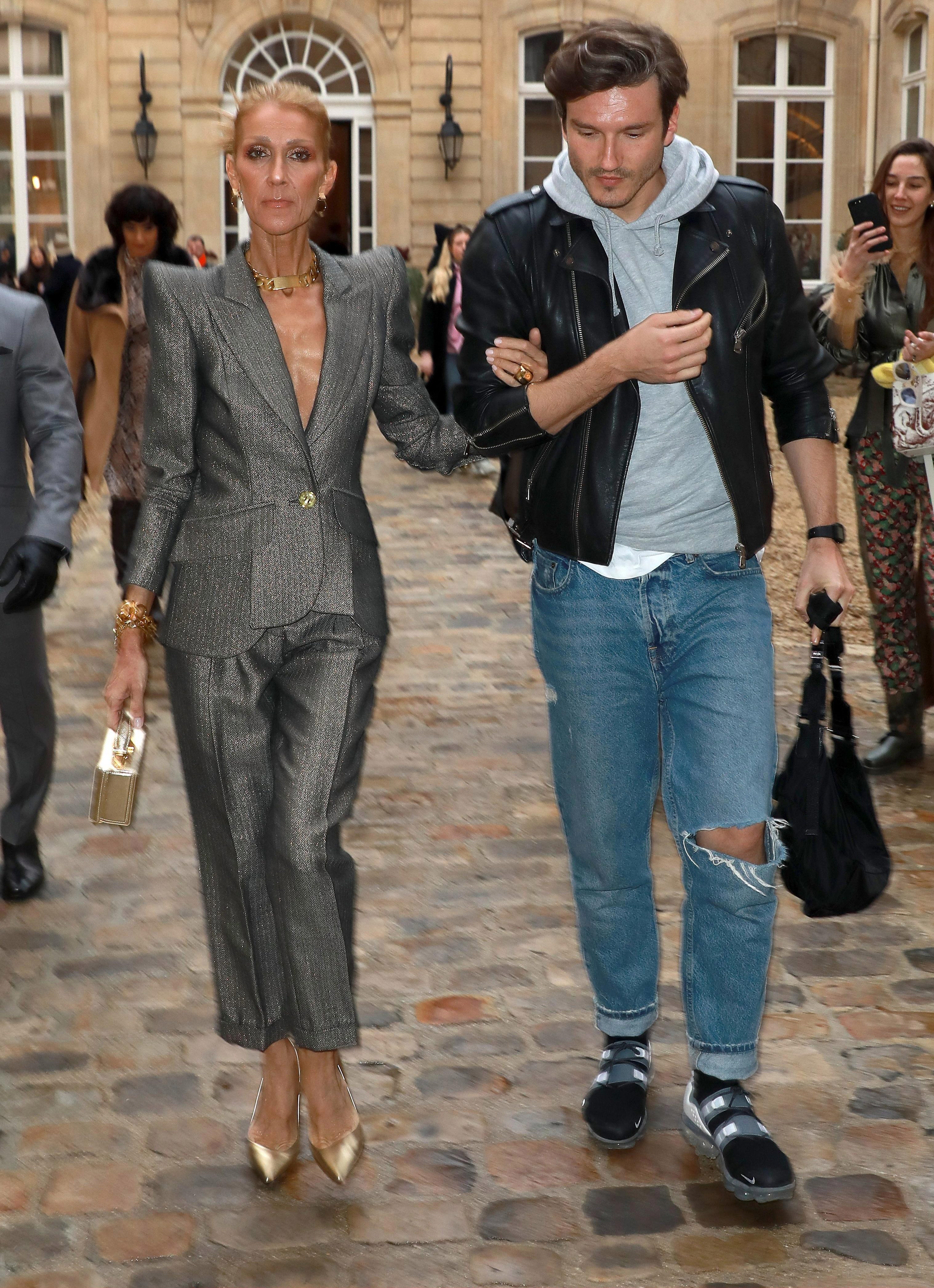 “But I use my voice as well for things that I choose I want to do and things that I say to my team I don’t want to do. I feel that I am grown up enough to say, ‘I think I would rather do this than that’.

“I just want to be the best of me and be surrounded — like my husband always surrounded me with — the best people.”

There are some things Celine is proud of changing since Rene’s death, especially her bold fashion choices that have seen the superstar become a favourite with top designers including Valentino.

She explains: “My point of view is to give the children as young as possible an option of trying things.

“My children were in my closet at two years old, in diapers, wearing my high boots, trying my lipstick.”

But it was a trip to Disneyland where they wanted Barbie dolls and Minnie Mouse over action figures that convinced Celine to launch her own gender-neutral clothing line for children.

Now, she says: “If you’re a boy you wear blue? Because you’re a girl you wear pink? What is that?

“What people feel inside is not about a colour, it’s how you feel. We have to give the children the opportunity to be who they are.”

She says: “It starts young. Because later on – if it accumulates – they won’t be able to communicate freely, then they’re going to have problems. So let the children speak and wear what they want – embrace that.”

Celine admits: “The way that we used to work before was more conservative.”

Her outrageous new looks, which go viral online, are not about “trying to take chances” but rather finding outfits that make her “feel attractive”.

She says: “I’m doing this for me. I want to feel strong, beautiful, feminine and sexy.” And as for criticism of her style and, more recently, slimmer frame, Celine doesn’t give a damn.

She says: “If I like it, I don’t want to talk about it. Don’t bother. Don’t take a picture. 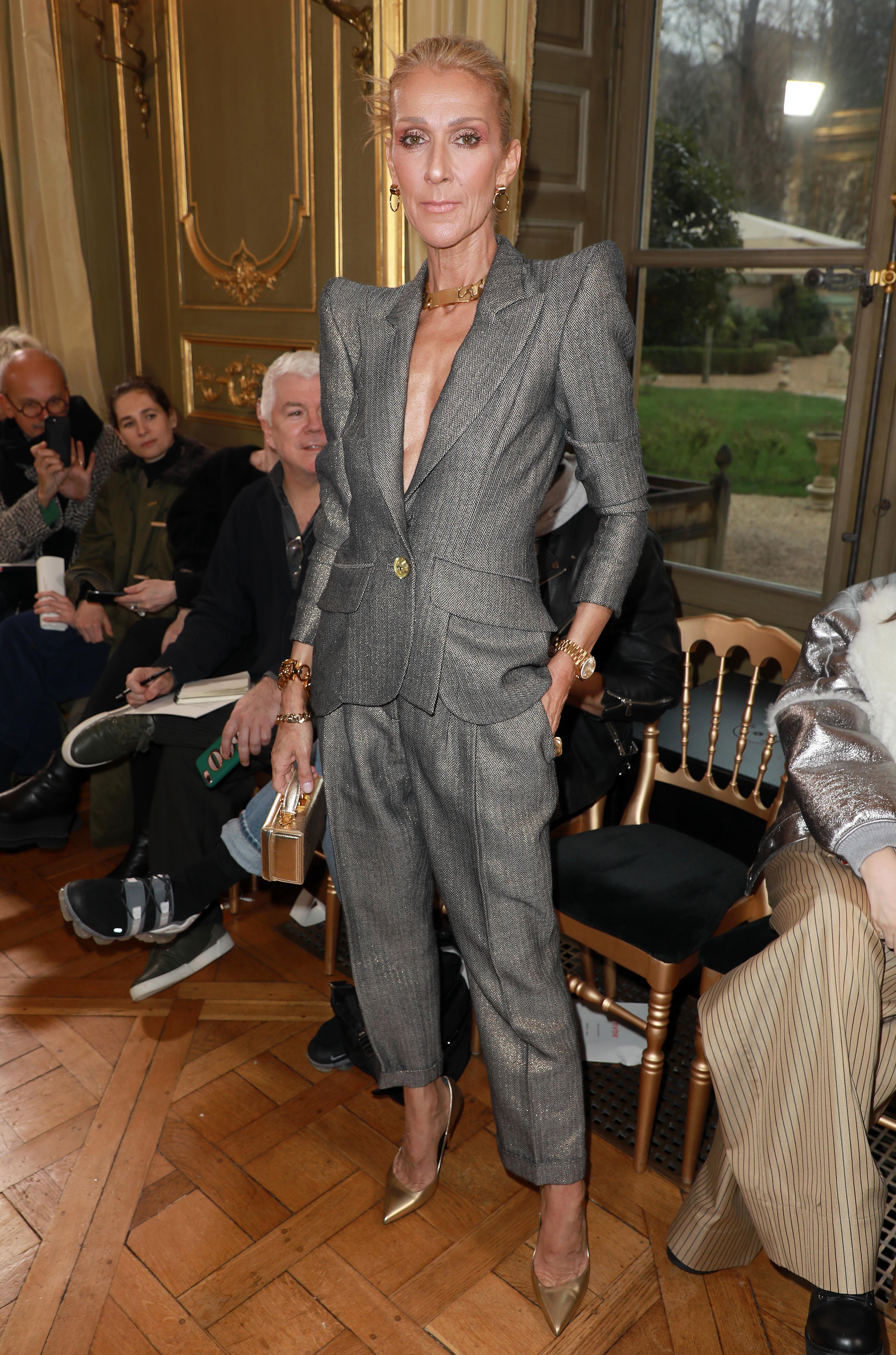 Celine’s greatest pride remains her children — eight-year-old twins Eddy and Nelson, and 18-year-old son Rene-Charles, who is entering the music business himself, as a DJ under the name Big Tip.

However, Celine seems to be struggling with setting boundaries for her eldest now that he is “a man”. She explains: “Any teenager, they have to try things.

“If you say no to so many things they will turn around and they will still do them away from you, which is even scarier.

His dad is sending him good energy

“The girls are coming now — something to be stressed about. I am giving him more space. He does stuff sometimes, I have to say I don’t necessarily agree with what he chooses to try. But as long as he’s using his intelligence and his brain, I trust him.”

It is clear the trials of parenthood are where Celine misses Rene — who she tends to speak of in the present tense — the most.

She says of Rene-Charles: “I know he’s well taken care of above — his dad is sending him good energy. I told him that I will always have my heart in my hand for him to hold on to because we love him so much and we wish him the best.”

Celine has recently been dragged into the controversy surrounding sexual misconduct allegations against US singer R Kelly, because of their 1998 duet I’m Your Angel. 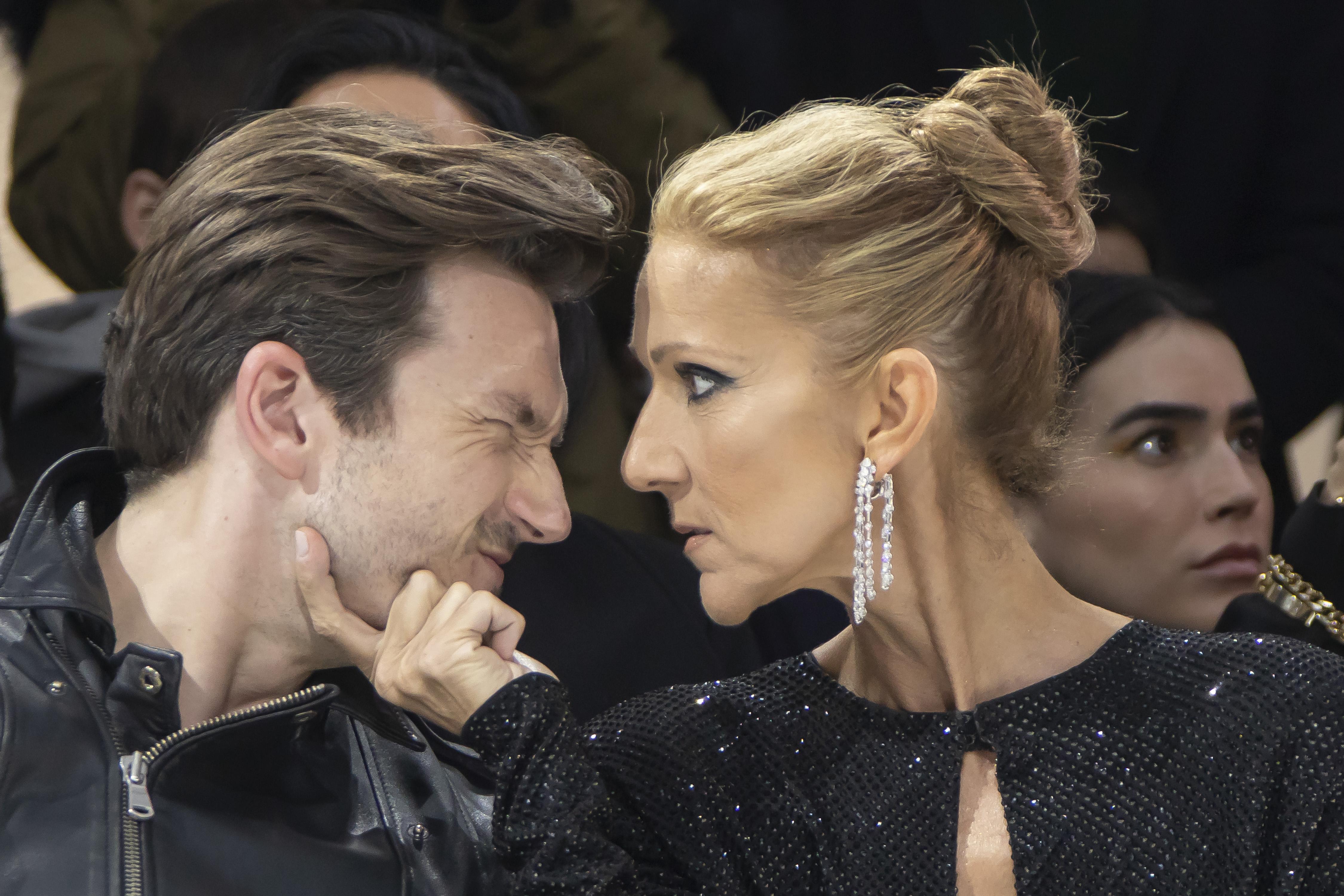 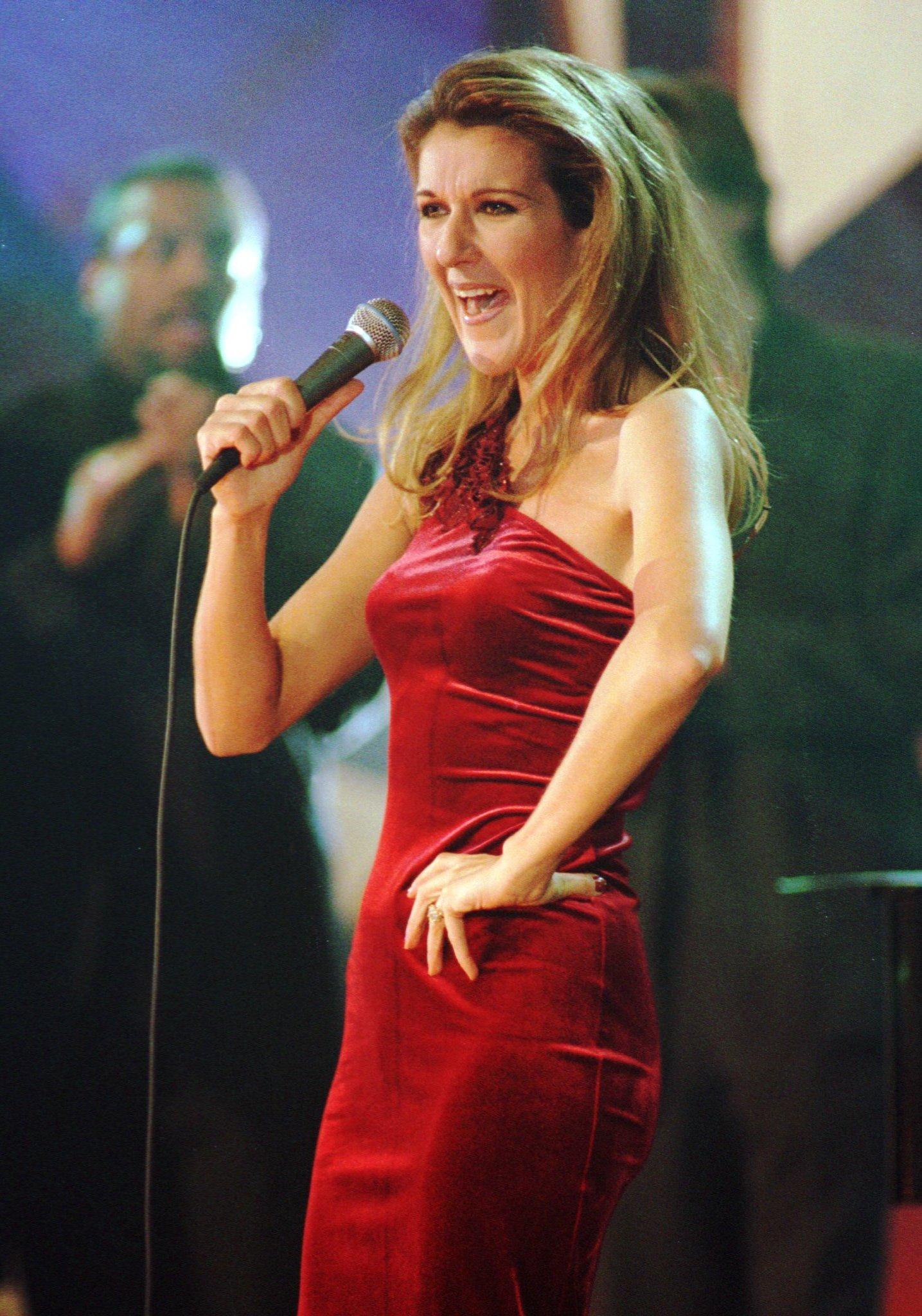 Speaking about the scandal for the first time — and confirming reports she has decided to remove the track from streaming services — Celine will only say: “It’s extremely sad and we had to do what we had to do.

There is now six months of transformation ahead for Celine after she made the “emotional” decision to end her Las Vegas residency after 15 years.

But this certainly isn’t a winding down as her long-awaited new album will follow and the chance to debut her new songs at her only European gig this year, headlining the British Summertime Music Festival at Hyde Park in London, on July 5, in front of 65,000 fans. 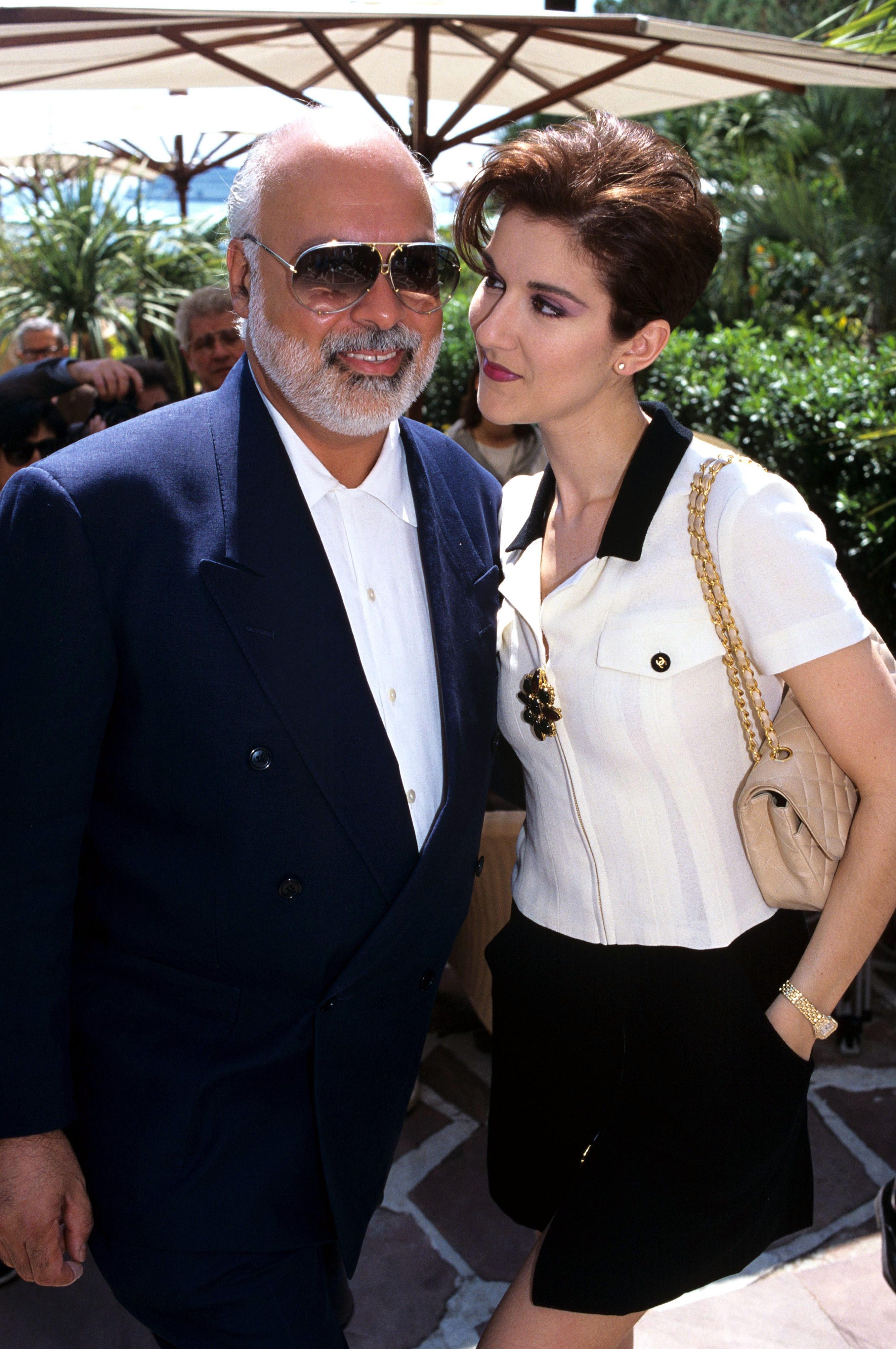 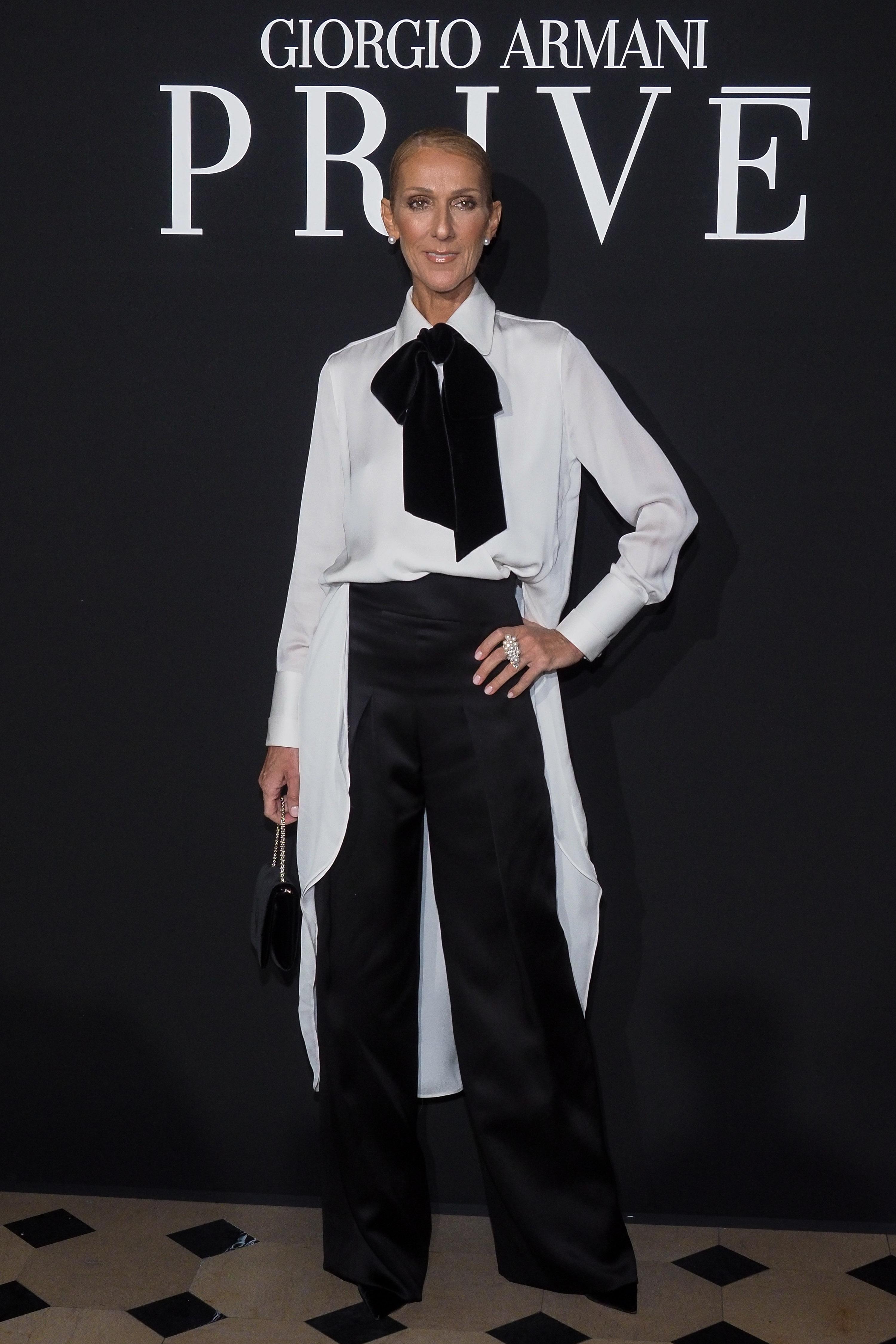 She says: “It’s going to be quite special, extraordinary. I’m kind of nervous a little bit — and excited.” I bring Celine some bangers and mash, because she had told fans she had a “craving” for the British favourite in the video announcing her concert. And she really meant it.

As she bites into a sausage, Celine explains: “My husband won the gold medal in our family of eating this dish.”

After nearly 40 years in the music industry, this concert will mark the start of a new era for Celine — and it is one she is ready to embrace.

She explains: “I started so long ago, so far back, but I feel like I’ve been here for four lives. They say when you live your life to the fullest, one should be enough.

“I’m not sure I agree with that, because I think I’m having the best time of my life now.”