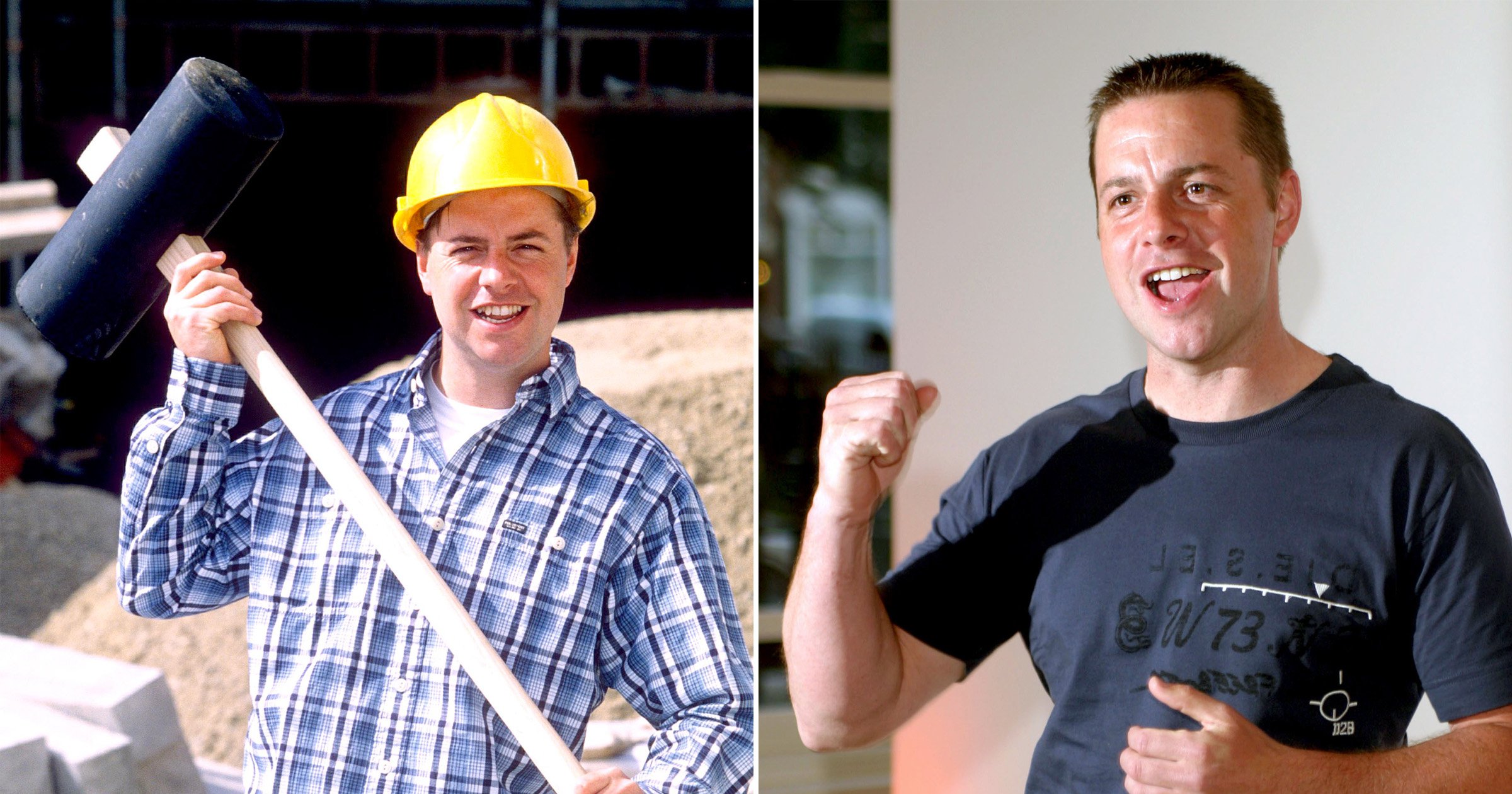 ‘Handy Andy’ Kane is a certified Changing Rooms legend from the original run of the show – but that doesn’t mean he was immune to the odd DIY disaster himself.

The builder, 55, was responsible for making Changing Rooms’ avant-garde designs come to fruition – but one such creation lives on forever as the famous ‘teapot disaster’.

A participant’s £6,000 teapot collection was destroyed in one fell swoop when designer Linda Barker commissioned a floating shelf to house them… then weighed it down with heavy books, causing the shelf to collapse overnight.

Andy told Metro.co.uk: ‘It went wrong because they put too much weight on it. The shelf was obviously just for show and just the teapots on it would have been fine, but then they started loading up with books at the bottom.

‘I did say to him at the time that books are very heavy. but they carried on and you know, it’s one of them things. When it happened, it was really, really awful, everyone felt really bad, but now you just laugh about it. But it was good entertainment, wasn’t it?

‘In other episodes of the show they’d mount chairs on the wall or hang chairs from ceilings and as a builder, you’re like “really?!”, but that is interior design for you.’

While the majority of the collection did end up in smithereens on the floor, Andy revealed: ‘The owner was told before we started that she shouldn’t have any particularly rare pieces out on display for obvious reasons.

‘There’s probably 10 or 15 people walking around in there, from cameramen to soundmen and producers. There’s loads of people, runners and all that so the chances of nothing getting broken were very, very slim and clearly they did get broken!’

Being a master tradesman, Handy Andy has seen his fair share of hobbyist DIYers getting things wrong while trying to emulate a Changing Rooms makeover in their own homes.

He explains: ‘One of the things that always stands out is people don’t fix things to the wall correctly – they’re either using the wrong size Rawlplug or the wrong size screw. That’s the most common and easiest thing to avoid.

‘I’ve been to places where people have plumbed in a new tap or a new toilet thinking it’s easy, and they haven’t used any PTFE tape which you put on before you do the nut up and they’ve sprung a leak so bad the ceiling has come down.’

When it comes to home improvements, Handy Andy suggests people take on painting and decorating tasks and even tiling, adding: ‘If you take your time with it and always begin by setting out a plan and making sure you have the right tools, there are loads of YouTube videos which can help you do it yourself.’

While there are plenty of easy DIY tasks people can do to improve their homes themselves, there are also some tasks which are best left to the pros.

Andy warns the ones homeowners should never attempt to do themselves are ones which can cause real danger if done wrong: ‘Never do anything with electricity because you can’t see it and you can’t smell it so that is like a hidden killer. It’s really, really dangerous.

‘Water is another one, I always tend to say, unless you’re very, very competent, then I wouldn’t go anywhere near anything to do with plumbing. And another one is definitely gas – they’re the three no-nos as well as obviously things like climbing on roofs.

‘But those are three things are in the house that everyone can touch but they’re also the things that shouldn’t be touched.’

Handy Andy Kane has teamed up with MORE THAN insurance as part of its 20 year anniversary to provide homeowners with practical advice on how to carry out DIY safely. It follows research from the insurer revealing that one in four homeowners admit to having caused accidental damage in their home when carrying out DIY.