Friday Night Dinner is getting its own clothing range because… Just because.

Writer and producer Robert Popper has turned designer to launch an exclusive t-shirt range based on his hit Channel 4 comedy.

The range features many classic Friday Night Dinner quotes and unique designs that Popper feels close to his heart, including a matching set of ‘I’m with Pusface’ and ‘I’m with Pissface’ shirts and, of course, Dad’s iconic ‘Shit on It’. 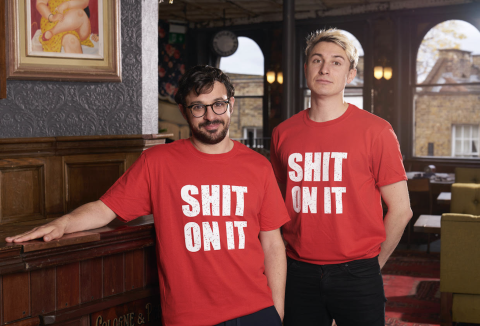 Speaking about the new range, Popper said: “I needed some new t shirts as the moths had got to my old ones, so I thought, ‘Why not just make some?’ So now I have my own range!”

Produced by Big Talk and Popper Productions, Friday Night Dinner is one of Channel 4’s most successful and longest running sitcoms launching in 2011.

The show recently finished its fifth series, gaining one of its biggest audiences to date. The series went on to win Best Situation Comedy at the Rose D’Or Festival and a BAFTA nomination. 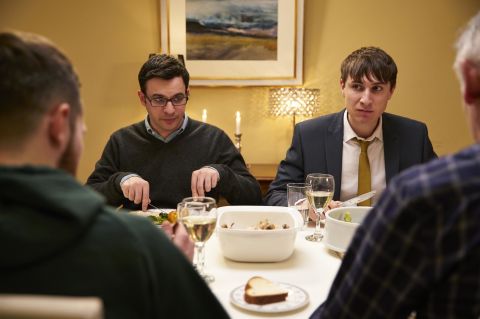 Back in June, the show traumatised viewers by killing off one of its most beloved characters – Wilson the dog.

Jim’s loveable-but-uncontrollable pooch went off to the great dog park in the sky, snuffing it in an episode dedicated to his memory, suitably titled ‘Wilson’.

The Friday Night Dinner t-shirt range can be bought exclusively through the official website – www.fndshop.co.uk.