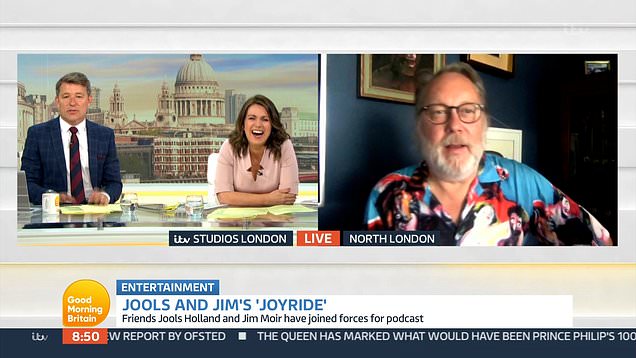 The star was due to join comedian and friend of over 30 years Jim Moir (aka Vic Reeves) on the programme to promote their joint podcast Jools and Jim’s Joyride, but just didn’t turn up.

‘He may have run off to sea or the circus we just don’t know,’ he joked. Susanna asked if he thought it was more likely Jools had ‘just overslept’, with Jim agreeing that it was ‘more likely’ to be the case.

Ben added that there was a Zoom link waiting for him to join and suggested Jim text his co-host to find out where he was.

‘I would but my phone is nowhere near me right now,’ the TV star replied.

The podcast sees them joined by celebrity guests such as Damon Hill and Jessie Ware, to discuss trips they’ve taken by plane, train, bike and boat. 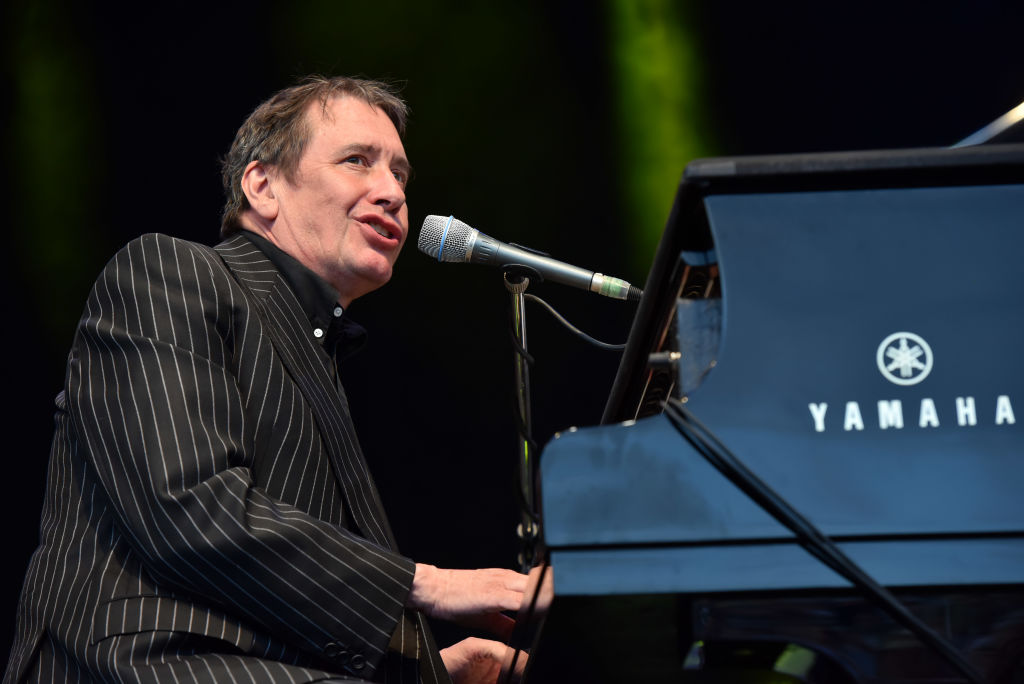 The pianist explained that it was Gogglebox that inspired them to start the new project.

‘We went on Gogglebox together,’ he said. ‘This I think was the beginning of it because on that one of the people that was producing it, he said, “You two should do a podcast together…”

‘I don’t think they realised that we were going to take him at his word. And we have.

‘It was partly because we realised it wasn’t like hard work, it was enjoyable to do. It was just like having chats with friends. Even if it is people we don’t know particularly well.

Jim praised how casual the episodes are as they speak to people who ‘might have equal interest in the things that might be quite mundane really’.

Good Morning Britain airs weekdays from 6am on ITV.