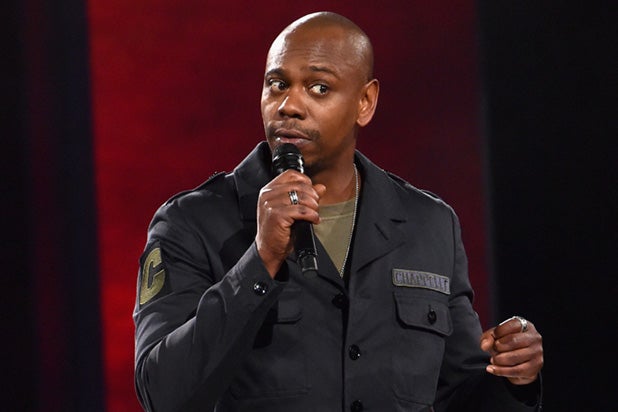 “Chappelle’s Show” has returned to Netflix Feb. 12 — three months after Dave Chappelle requested the Comedy Central series be pulled — this time with the comedian’s blessing.

Chappelle revealed the news himself in a video posted to Instagram early Friday titled, “Redemption Song,” in which Chappelle said that he and ViacomCBS, the parent company of Comedy Central, have resolved their licensing issues over “Chappelle’s Show,” with him receiving the license back and “millions of dollars.”

“I told people what my beef was with Comedy Central,” Chappelle says in the 10-minute video, in which he’s performing on stage in front of a small group of people. “I never talked about it. I demanded that the network paid me. Many of my peers laughed at me, because that’s a ridiculous thing to demand. They said, ‘Well you signed the contract, so what are you even mad about?’ Here’s the thing, I’m very good at minding my own business. And the trick to minding your own business is knowing what is your business. And these people that talk about me, these cowards that rejoice, well they don’t understand what greatness looks like.”

Chappelle thanked his fans for boycotting “Chappelle’s Show” at his request and Netflix for immediately removing the series from its streaming platform last November over Chappelle’s concerns.

“I never asked Comedy Central for anything. If you remember, I said I’m going to my real boss, and I came to you, because I know where my power lies,” Chappelle said. “I asked you to stop watching the show and thank God almighty for you, you did. You made that show worthless, because without your eyes, it’s nothing. And when you stopped watching it, they called me. And I got my name back and I got my license back and I got my show back and they paid me millions of dollars. Thank you very much.”

“Dave Chappelle is one of the greatest comedians of our time and a defining voice of the Comedy Central brand,” Chris McCarthy, president of MTV Entertainment Group at ViacomCBS, the parent company of Comedy Central, said in a statement to TheWrap Friday. “After speaking with Dave, I am happy we were able to make things right.”