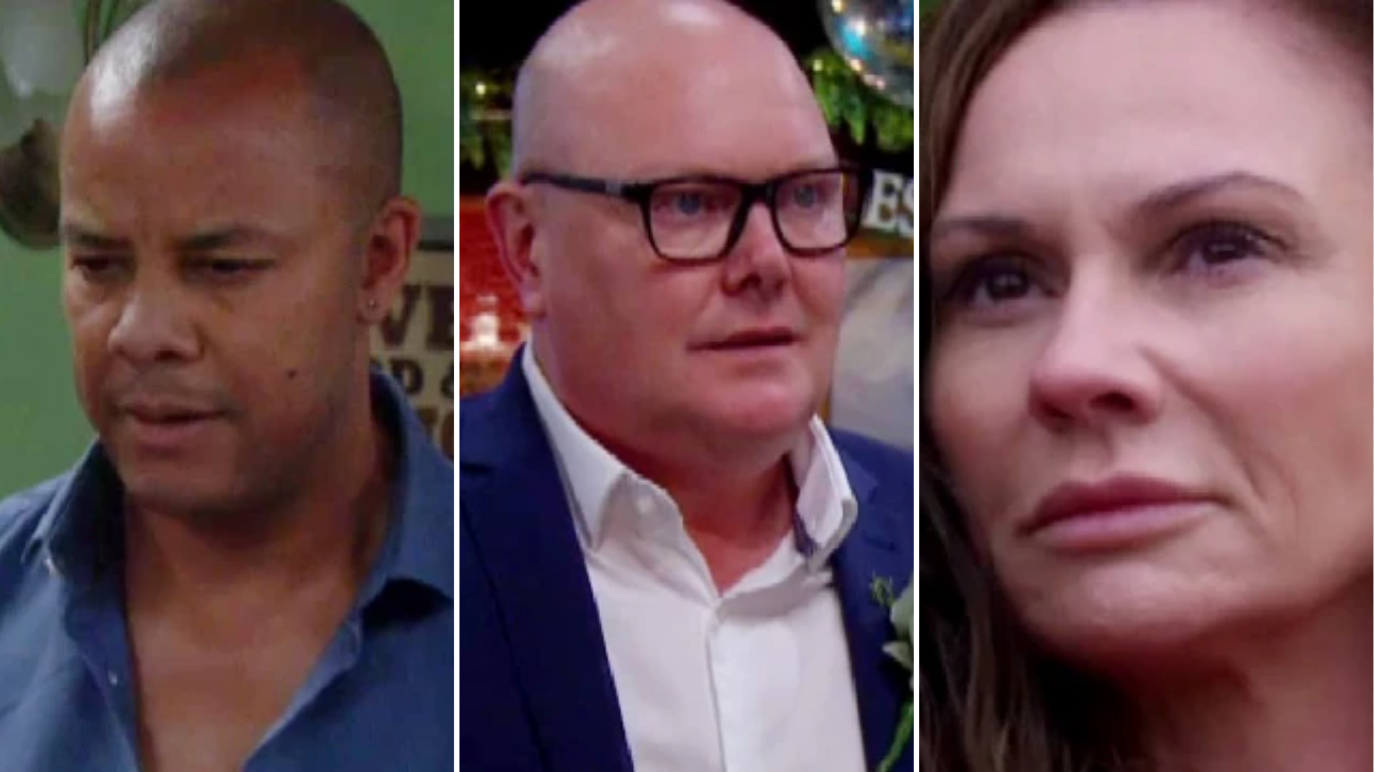 While the focus of tonight’s Emmerdale was primarily on Marlon (Mark Charnock) and Rhona’s (Zoe Henry) wedding, other storylines continued in the background – including Chas (Lucy Pargeter) and Al’s (Michael Wildman) affair.

Al’s treatment of Chas over the past few weeks has been, to put it plainly, utterly despicable.

They’ve made a deal to just keep their affair as sex only, no feelings, but Al is walking around with a smug smile on his face, convinced Chas always has her eyes on him.

As Chas left the pub garden tonight, Al approached and was taken aback by her outfit – and couldn’t resist a couple of comments.

Stressed over Marlon being hospital and potentially being late for the wedding, Chas later got some air and sat alone on a bench outside the pub.

Once again, Al soon arrived and told Chas that his house is completely empty.

‘My house is empty, no one will miss you for an hour, will they?’, Al asked Chas.

Al’s tone during that suggested Chas was already aware she wouldn’t be missed for an hour – but she truly was.

Treating Chas terribly, Al headed inside and left the door open, knowing Chas would soon follow – and she did.

As Chas and Al continued spending time with each other, Paddy was in the pub, apprehensive about his speech and wondering where his wife had gone.

Paddy delivered his brilliant speech, but he really wanted Chas there.

When she returned, Chas lied to Paddy and made out that she had a headache and went for a walk.

Poor Paddy. The beloved character just accepted Chas’ excuse for missing the speech and wanted to dance with her, unaware his wife has started developing strong feelings for a man who thinks he knows how to treat a woman.