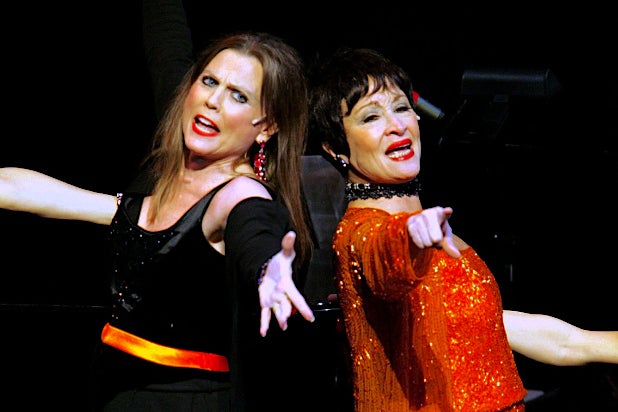 Broadway legend and Bob Fosse protégée Ann Reinking’s passing on Monday set off a flood of tributes from the theater community and famous fans who loved her work. It didn’t take long for stars like Chita Rivera, Vanessa Williams and Billy Eichner to share their warm memories and express their sadness.

“I’m beyond words to hear of the sudden passing of my dear friend #AnnReinking,” tweeted Rivera, who, like Reinking, was a master of the Fosse dance style. “Such a beautiful soul and talent. We met during the original Chicago & were close friends to this day. I so loved sharing the stage with her. Her spirit & #RazzleDazzle are w me always.”

Aside from her storied relationship with Fosse, Reinking was closely associated with “Chicago,” playing Roxie Hart in the 1977 version and winning a Tony, Drama Desk and Outer Critics Circle Award for her choreography for the 1996 revival — a production that was still going strong before COVID-19 shut down Broadway.

But the theater community is remembering the more personal moments of their lives that Reinking touched. Hamilton star Leslie Odom Jr. called Reinking a mentor, tweeting “We receive so much from our teachers and mentors and collaborators. The more you receive, the greater the charge to share it–to give it away. She honored the calling for real. RIP to a legend.”

Many also brought up her heartwarming turn as Grace Farrell in the 1982 film “Annie,” with Melissa Errico sharing a personal story in which Reinking emailed Errico’s 11-year-old daughter after she learned she was playing the role of Grace Farrell.

“Grace is so kind, smart, and full of love,” Reinking wrote to Errico’s daughter. “It was a privilege to play her in the movie and I enjoyed ‘being’ her very much. I know you will have a good time playing Grace.” She also added a personal note to her friend, saying “I hear a proud mother’s love!”