The Corbynista told Jeremy Vine On 5 viewers he believed the Government’s latest post-Brexit immigration proposals were grotesque. He said: “I find this absolutely grotesque. Every Thursday we’re all expected to clap, clap, clap. To cheer, to bang our pots and pans, that’s what I certainly do. Whilst at the same time, we are saying and this is what this Government is now saying, that if you earn less than £25,600 you are a low skilled worker.

“Stare a care worker in the face, look in their eyes as they are caring for some of the most desperately vulnerable people during a deadly pandemic and tell them they are low-skilled workers.

“Many of those care workers are migrant workers who we are telling now that we did not ideally want you to come here.”

But soon after his rant, a Channel 5 caller came to the defence of the Government’s plans and dismantled Mr Jones’ comments.

Jo, from Birmingham said: “It’s about getting the right people, with the right skills at the right time into the country. That can include care workers, in terms of having a short-term, shortage lift or long-term shortage lift for nurses and doctors.

“That still gets the right people in at the right time. It’s about managing things, running a country is not widely dissimilar to the characteristics of a business.

“Everything needs to be managed. It’s not a complete open free for all.” 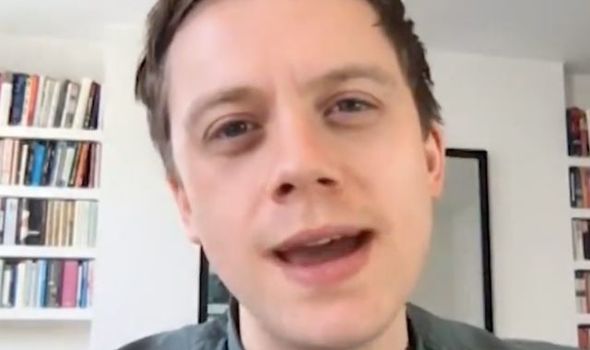 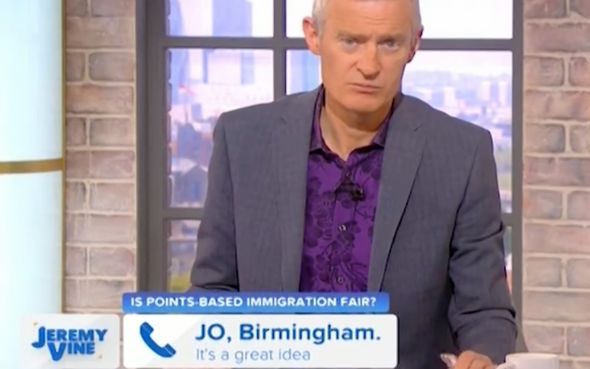 The clash came as MPs considered measures to repeal EU freedom of movement rules in the UK via the Immigration and Social Security Co-ordination (EU Withdrawal) Bill, which cleared its first hurdle after receiving a second reading by 351 votes to 252 – majority 99.

The legislation is part of the move towards the Government’s new points-based immigration system, to be introduced from 2021, although it does not set out the details on this.

These will be fleshed out in the immigration rules, which will explain the future system for EU and non-EU nationals who move to the UK after the Brexit transition period ends on December 2020.

Opening the second reading debate, Home Secretary Priti Patel said the Bill will create a “firmer, fairer and simpler system” that will “play a vital role” in the country’s recovery from coronavirus.

NHS staff, she said, were the “very best of Britain”, adding: “That is why we are introducing a new fast-track NHS visa to prioritise the qualified staff needed to provide high quality and compassionate professional care.

“During these exceptional times, it is right that policies which affect our NHS workers are kept under review including the immigration health surcharge and that’s why I recently announced a free automatic one-year visa extension for those with six months or (less) left to stay on their visas.”

She also said of the Bill: “It delivers on the promise we made to the British people. It ends free movement. It takes back control of our borders.

“It gives the Government the powers needed to deliver an immigration system that is firm, fair and fit for the future, the points-based system the public voted for, a system that will support our economic recovery by prioritising jobs for people here in the UK while continuing to attract the brightest and the best in terms of global talent.”

But Shadow Home Secretary Nick Thomas-Symonds said Ministers who clap for key workers are “only too happy” to back immigration reforms which suggest thousands are “unwelcome in our country”. 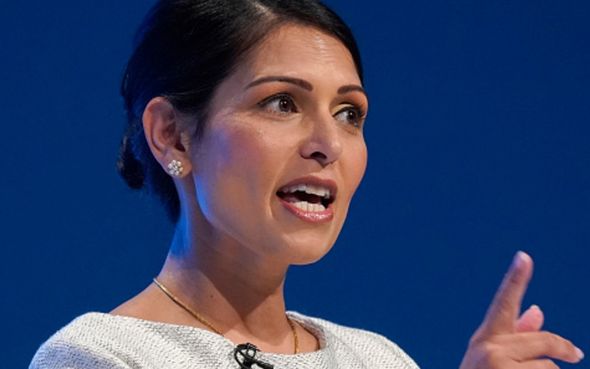 He said the Government was proposing a new immigration system in the middle of the COVID-19 pandemic which “sends a signal” that anyone earning below £25,600 is “unskilled”.

He dismissed this prospect as he launched a defence of shop workers, refuse collectors and local government staff from overseas for playing their part in the coronavirus response.

Mr Thomas-Symonds said: “In the midst of this crisis the Government is putting forward an immigration system containing a salary threshold of £25,600 – it sends a signal and tells people that anyone earning less than that is unskilled and unwelcome in our country.”

Mr Thomas-Symonds said the earnings of frontline workers do not reflect their contribution to society, adding: “Those who clapped (for carers) on Thursday are only too happy to vote through a Bill today that will send a powerful message to those same people – that they are not considered by this Government to be skilled workers.

“Are shop workers unskilled? Are refuse collectors? Are local government workers? Are NHS staff? Are care workers? Of course they are not.”