Coronation Street’s Nick Tilsley (played by Ben Price) was devastated when Natasha Blakeman (Rachel Leskovac) told him he could no longer spend time with his son Sam Blakeman (Jude Riordan). The concerned mother is afraid Nick will put their son in danger after the pair were shot on the orders of drug lord Harvey Gaskell (Will Mellor). However, will her actions lead to Nick kidnapping his son?

In tonight’s Coronation Street, which is available to watch on ITV Hub as part of the soap’s boxset, Nick begged Gail Platt (Helen Worth) to share information about his son.

“How is everyone?” Nick asked and Gail replied: “Who is everyone? If you mean me, I’m fine thank you very much.”

“You know I mean Sam,” he hit back and she quipped: “And I’m not allowed to tell you.

“Natasha doesn’t want you to have anything to do with that boy and she has every right if you ask me.”

“It is his son and he didn’t ask you,” David Platt (Jack P. Shepherd) commented.

“I can’t believe you’re taking Natasha’s side over your own son.” 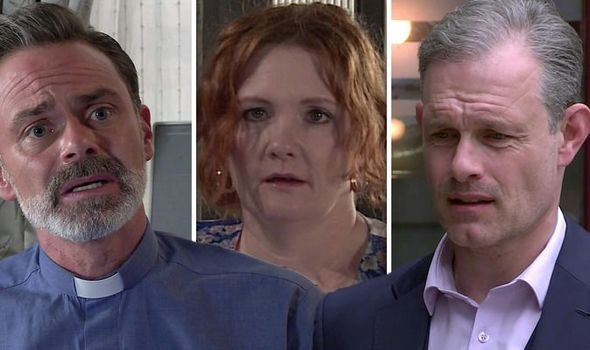 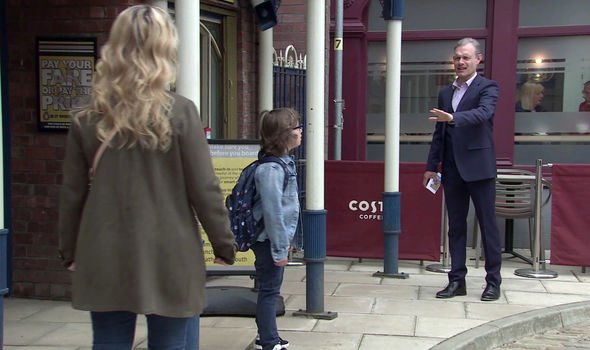 “I’m taking my grandson’s side and he only has himself to blame,” Gail remarked.

Later, Nick bumped into Sam by the tram stop but respected Natasha’s wishes.

After spotting his dad, Sam ran off to speak to Nick and hit back at his mum when she told him they didn’t have the time to stop.

“I’m good how are you?” Nick replied and his son said: “Not bad I’ve just been to the dentist for a check-up.”

“Oh alright, did you get the all-clear?” Nick asked and Sam replied: “Yes I got a sticker for good dental hygiene, how’s work?” 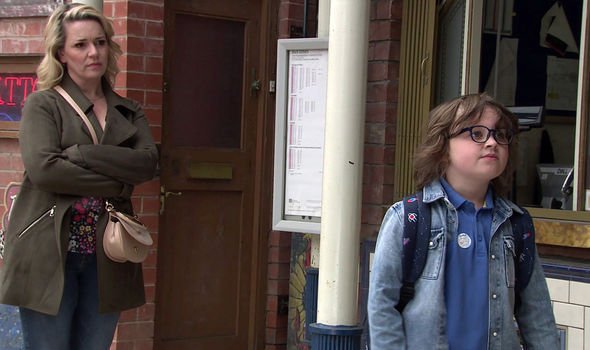 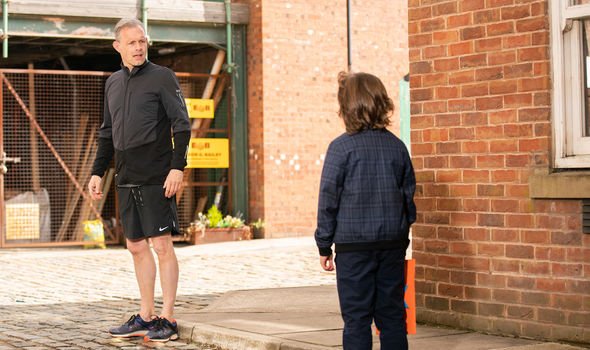 Natasha tried to get her son away from Nick but Sam wouldn’t listen.

“Time isn’t up yet and I’d like to make a formal declaration that what you’re doing is wrong,” Sam remarked.

“You can’t keep a father and a son apart and if it wasn’t for Brexit I’d take it to the European Courts for Human Rights and I’d win.”

“Come on,” Nick warned. “Your mum is doing what she’s doing for good reason and that little chat used up half our time.”

The factory owner is determined to spend time with his son but Natasha was adamant she won’t change her mind.

Will Nick resort to kidnapping Sam in order to spend some time with his son?

Coronation Street fans are divided over whether Nick has Sam’s best interests at heart.

“Nick really does love Sam, his mum is so wrong! She’s just panicking #Corrie,” another shared.

A third wrote: “Gail is right Nick should have stayed with Sam to protect him and take care of him. Nick should not have gone on the run with Leanne #Corrie.”

Coronation Street airs on ITV on Mondays, Wednesdays and Fridays at 7.30pm.