Abi Franklin (played by Sally Carmen) is set to suffer a nasty injury in tonight’s episode of Coronation Street, which sees her caught under a car engine, out of reach of help. When she is finally rescued, she’s carted off to hospital and returns home with her arm in a sling but could more tragic events be about to happen as she dies in a twisted new plot?

Her injuries will be described as non-life threatening, but could the doctors have made a mistake?

Abi will be in a lot of pain having the engine lay its full weight on her left side.

Dosed up on pain killers, could she begin to feel a pain like no other that doesn’t subside, which leads to devastating consequences for the mechanic?

Speaking of Abi’s upcoming accident on This Morning, host Eamonn Holmes recalled another character who died from his injuries after a mishap in the garage took a grave turn. 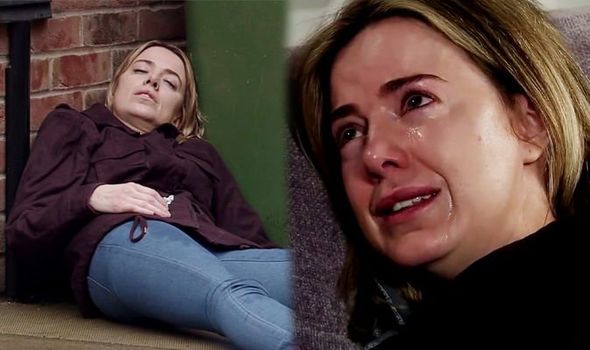 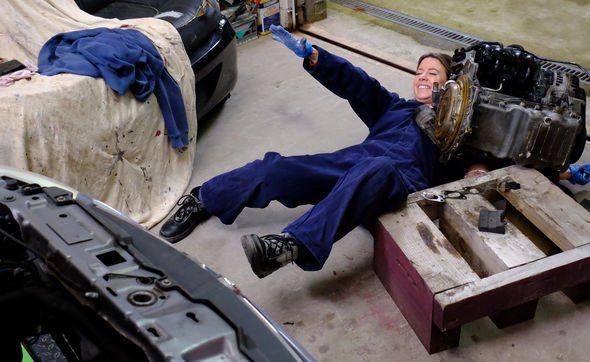 “There was a guy called Len Fairclough and he had a side-kick called Jerry Booth,” he told Ruth Langsford and entertainment journalist Sharon Marshall.

“And Jerry Booth was killed under a car when the jack collapsed in the garage. So those garages in the street have form!”

The presenter revealed the memories had “stuck” with him for all these years, since the deadly accident happened in 1975.

Could Abi’s own experience of horror in the garage be another similar turn of events similar to the demise of poor Jerry?

She could realise the engine has done more damage than originally thought as doctors miss an underlying problem, ending in tragedy for the young mum. 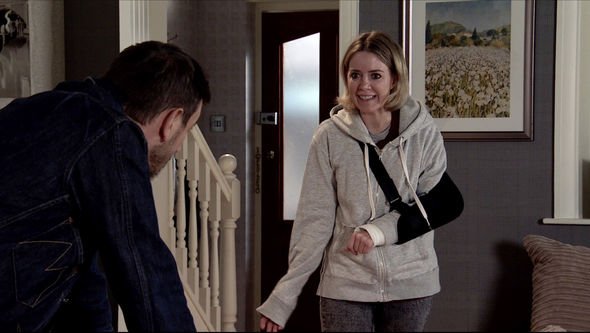 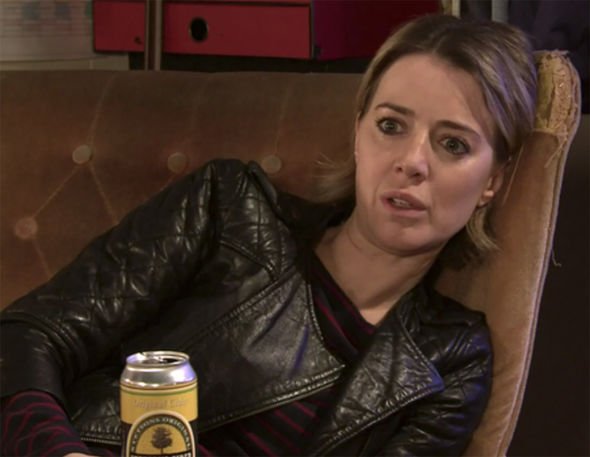 There’s also another threat to Abi’s life following the accident, as she misses out on saying a final farewell to her twins, who are moving to Australia with their adoptive parents.

It might be the last time Abi got to see them, and she is beyond devastated that a small mistake ruins her chances.

So much so, that she could turn back to her old ways, looking to drugs and alcohol to drown her sorrows.

Fans know that she has had issues with substance abuse in the past, but made a proper go at getting clean for her kids.

But since the garage horror renders her unable to say goodbye one last time, Abi might find herself desperately trying to cope with her grief.

Having experienced relapse before, he spots warning signs in his pal after paying her a visit at home where she’s recuperating.

After hiding a bottle of booze down the side of the sofa, she insists that she’s dealing with the pain and that she didn’t take any medication from the hospital.

But she’s left furious when she notices her morphine is missing and storms over to The Rovers to confront Peter, which only confirms his suspicions that she might be about to relapse.

After telling her she needs to get some help immediately, will Abi take his advice?

Before the accident, she became snappy and short with everyone as she tried to come to terms with losing her children, now it’ll only become worse.

If she turns back to her old ways, she could do something silly due to her distraught frame of mind.

Will her agony and distress cause her to overdose?

Or will she manage to fight for herself and stay strong for everything she has worked so hard for?

For more on drug addiction and dependency, including information and support, please visit FRANK or Action on Addiction.