Aggie (played by Lorna Laidlaw) and her husband Ed (Trevor Michael Georges) have been at the centre of quite a few storylines since they arrived on Coronation Street last year. Over the past 12 months, the pair have kept secrets from one another for the sake of keeping their family together. With everything out in the open recently after the builder discovered his son James Bailey (Nathan Graham) was gay, the clan have seemed more united than ever. However, as the gambling addict tries to surprise his wife as she fights coronavirus on the front line in upcoming scenes on the ITV soap, will she rumble his plans as Michael Bailey (Ryan Russell) reveals all about his father’s secret?

Upcoming scenes will see the global health crisis referenced for the first time in Weatherfield as episodes filmed in full after lockdown measures were eased last month begin to transmit on air.

These episodes would have been shot when production resumed on the Manchester-based set after it was shut down at the end of March.

Viewers will see the characters socially distancing as well as Weatherfield residents queuing outside shops and the Rovers Return offering takeaway services.

Although coronavirus won’t be a storyline itself, the most obvious reference to the pandemic will be through the eyes of the Bailey clan as Aggie is a nurse.

With the mother-of-three working all hours, her loved ones become concerned about her and come up with a secret plan – but will she discover what they’re up to before the big reveal? 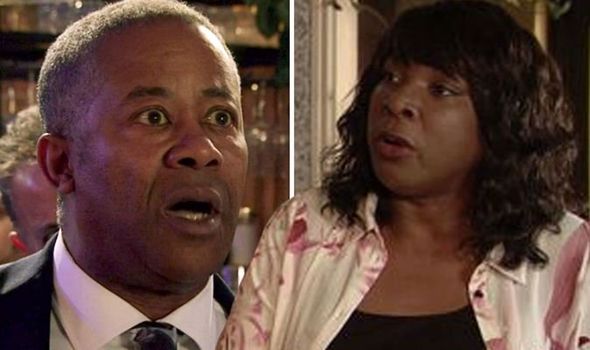 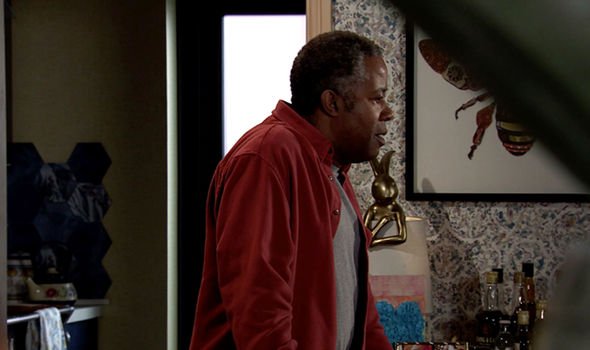 Ed expresses his worries his wife is working too hard and will wear herself out from all the hours she is doing.

With the nurse on the frontline battling the coronavirus, the builder comes up with the idea to plan something nice for when she comes home.

However, if he confides in Michael about his secret, his thoughtful gesture could be spoilt before it’s been revealed.

If Aggie contacts her son to say she’s considering picking up more work, he could let slip his father is waiting to surprise her at home. 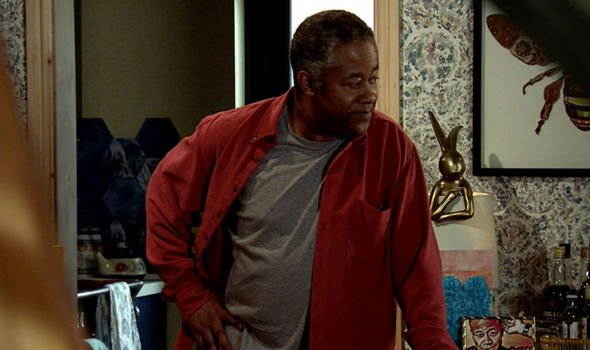 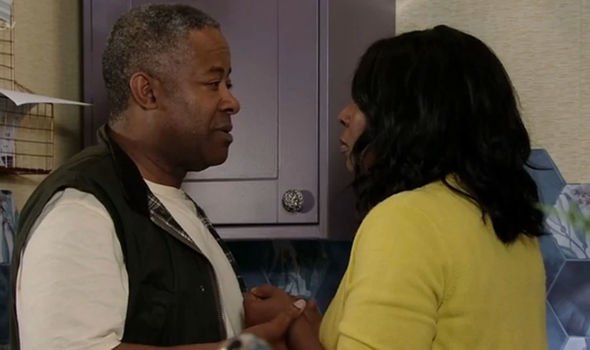 Therefore, by the time she arrives back at Number Three, Aggie might not give Ed the reaction he was hoping for.

Disappointed his plans were ruined, the builder’s wife could assure her husband they can still enjoy whatever he was going to do to boost her spirits.

As the weeks pass by, it’s likely the Bailey clan will be experiencing the impact the virus has had on families of front line workers.

What the upcoming episodes won’t feature is a time jump, however, with life on the cobbles still playing out with the new rules in place.

I hope Aggie gets a storyline at some point

Discussing how coronavirus will be a part of the soap from now on, Executive Producer Iain MacLeod explained what changes fans should expect.

Speaking with press, including Express.co.uk, the good of the weeknight serial drama said: “In episodes from July 24, they are the first ones where they acknowledge the pandemic there. It’s just like the flip of a switch.

“I think the audience understands and will go with it. Very quickly, we’re into a post-pandemic world and I am sure there will be continuity comments but we have a mature audience who will understand.

“When we first start referencing the pandemic, we do it with a light touch – because the rest of the world has been living this since March.”

“We will see a lot of washing hands, social distancing conspicuously, and people talking about older relatives who are shielded. A lot of our businesses will be operating as takeaways,” he continued.

“It will be mostly visual, rather than talking about it incessantly. We wanted to carry on with as many storylines as possible.”

Viewers of the soap have been hoping Aggie would be featuring in more scenes with her new job, as one wrote on Twitter: “Aggie really just wants everyone to be happy. Love her! Hope we get more scenes of her as since leaving the cafe she’s not been in the soap as much. #Corrie.”

Another added: “I hope Aggie gets a storyline at some point. Lorna Laidlaw is a brilliant actress. #Corrie.”