Coronation Street fans are drawing closer to finding out the outcome of Yasmeen Nazir’s (played by Shelley King) attempted murder trial against husband Geoff Metcalfe (Ian Bartholomew). In the meantime, ITV writers have another twist in store; one which could see Alya Nazir (Sair Khan) arrested for harassment.

Following the trial’s postponement, Imran Habeeb (Charlie De Melo) has still been working behind the scenes getting the evidence in order.

But because of this, he requires paying and the only way the Nazirs can do so is by selling their house.

Gary Windass (Mikey North) is quick to advise they get in touch with Ray Crosby (Mark Frost), who is looking to expand his portfolio.

Not wanting to sell her grandmother’s beloved home, Alya will run a credit check and is left stunned when she finds a series of unpaid loans against her name. 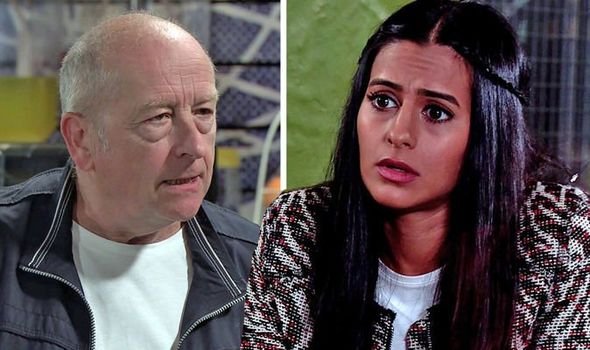 When Alya next visits the Speed Daal restaurateur in the prison visitors room, she asks her whether she knew about the loans.

Yasmeen admits that Geoff most likely duped her into signing the forms without her realising.

But that isn’t the worst part, Yasmeen, embarrassed, admits she signed half the house over to him so it will be even more tricky to sell.

Discussing the situation with Imran, the solicitor reckons the only way they can fund Yasmeen’s trial is if they can persuade Geoff to sell the house and use Yasmeen’s share of the money. 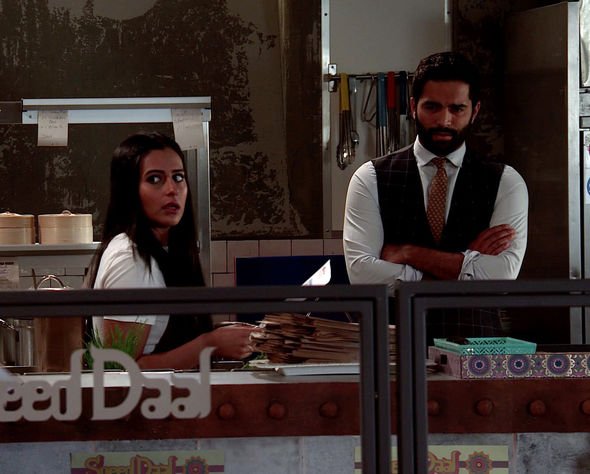 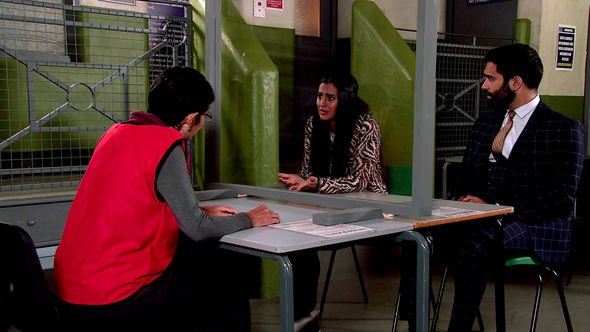 It isn’t long before Alya is trying to convince Geoff.

But what she doesn’t realise is Geoff is simply playing a game and winding her up.

It will soon become apparent that he has no intention of selling the house.

Instead, Alya turns nasty and starts demanding answers about the loans, but Geoff simply points the finger of blame at Yasmeen. 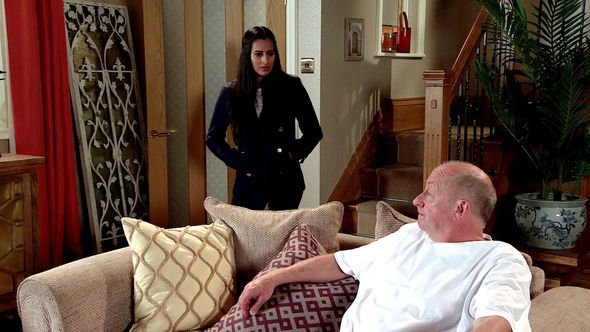 In a bid to find out what he’s done with the money, Alya ropes boyfriend Ryan Connor (Ryan Prescott) into stalking Geoff.

After hearing him arrange a date, Coronation Street fans will see Alya follow the magician.

However, she’s taken aback to discover his date is a little old lady called Doris from hospital radio.

What Alya doesn’t realise is someone is watching her and that someone is a police officer who approaches the young woman and issues a warning.

It’s revealed Geoff has made a complaint about her for harassment leaving Alya astonished.

Meanwhile, Geoff meets up with his new girlfriend in a swanky hotel, pleased to have got one over Alya.

This surely won’t be the only time Alya follows Geoff, but next time, will she end up in handcuffs instead of simply getting a warning?

Coronation Street airs Monday, Wednesday and Friday at 7.30pm and 8.30pm on ITV.