Coronation Street: Abi is told that Seb has died from his injuries

Recent episodes of the ITV soap showed a violent attack on Seb Franklin (played by Harry Visinoni) and his girlfriend Nina Lucas (Mollie Gallagher) by Corey Brent (Maximus Evans), Kelly Neelan (Millie Gibson) and some other teen thugs. In what was to become a huge and heartbreaking twist, Seb ended up dying of his injuries. At the moment, nobody but the viewers know that Corey was behind the vile murder. But eagle-eyed Coronation Street viewers think they spotted a huge clue weeks ago which shows he will be found out.

Corey’s girlfriend Asha Alahan (Tanisha Gorey) suspects her partner of being involved but doesn’t know for sure, and is willing to lie to defend him.

But the actress may have given away the fact that Corey will end up in court after sharing on her Instagram story a clip showing Corey actor Maximus on set dressed in a black suit.

Some fans took to Twitter to discuss the video. According to Metro, one said: “It felt like a huge spoiler to me and I was shocked she put it up! It basically gave away that Corey would end up in court.”

Another wrote: “As soon as Seb and Nina were attacked I was really worried one of them would die – it’s the only reason he’d be up in court.” 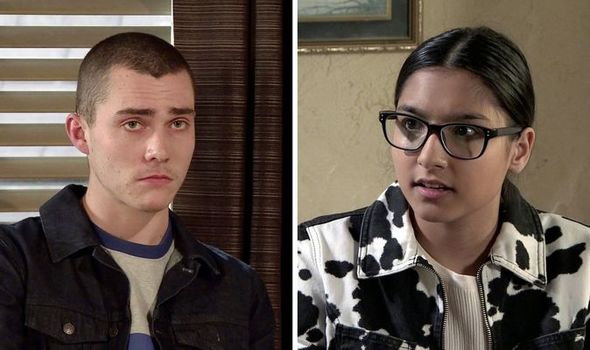 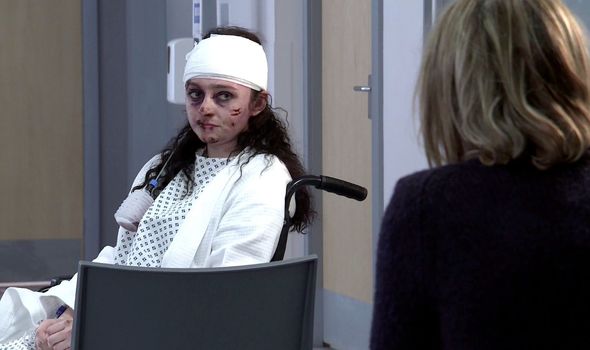 But the post didn’t give away Seb’s death because Corey may have had to face a court hearing even if the youngster had survived the attack.

Tanisha deleted the snap soon after posting it, but some fans managed to grab a quick screenshot.

Last week’s heart wrenching scenes saw a distraught Abi Franklin (Sally Carman) being given the news that her son Seb had died.

Actress Sally told Express.co.uk and other publications that upcoming episodes will see her initially blaming Nina for the attack, because the pair were targeted due to her being a goth. 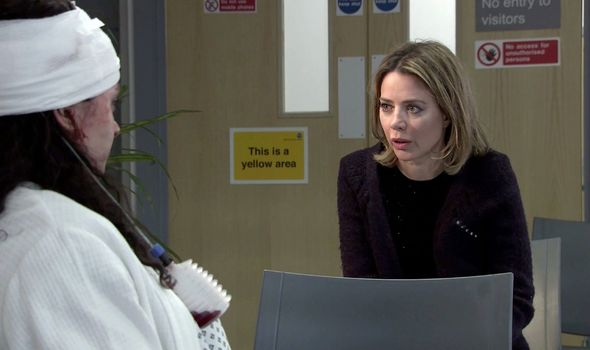 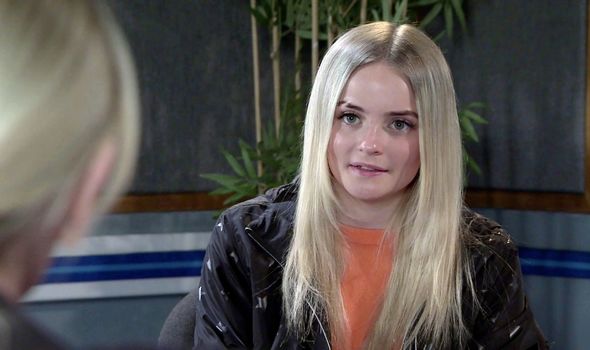 The harrowing storyline is based on the real-life murder of Sophie Lancaster, who was killed in 2007 after being set upon alongside her boyfriend simply because of their looks.

Since her tragic death, Sophie’s mum Sylvia has fronted the Sophie Lancaster Foundation, which works to promote tolerance and acceptance for others.

Sylvia worked alongside scriptwriters in Coronation Street to assist with the hate crime plot.

Speaking to Express.co.uk and other publications, she revealed her daughter would be proud and “astonished” over her involvement in the storyline.

Sally, speaking about what the next few weeks hold for Abi, said “she’s not going to rest” until she gets to the bottom of what happened to Seb.

She added: “Being the emotional creature that she is, there’s not a lot of maturity going on there either.

“It’s not good. There’s a few days where she tries to take matters into her own hands. Luckily she’s talked down, but she’s just reeling.

“She’s reeling and trying to hold onto something in the only way she knows how. Her heart has been ripped open and there’s a lot of guilt there as well.

“Because she wasn’t there for a lot of Seb’s childhood and when she was, she wasn’t present so there’s so much she’s having to deal with.

“So yes, she’s reeling and Corey very nearly comes a cropper a couple of times!”

Does the Instagram snap reveal that Corey could end up in court?

Coronation Street continues on Monday at 7.30pm on ITV.