Coronation Street fans are not happy with the writers at the moment as Fiz Stape’s (played by Jennie McAlpine) and Tyrone Dobbs’s (Alan Halsall) relationship continues to break down and play out on screen. In upcoming scenes, it seems the couple go past the point of no return when the mechanic chooses Alina Pop (Ruxandra Porojnicu) as his plus one to Kevin Webster (Michael Le Vell) and Abi Franklin’s (Sally Carman) wedding. Understandably, the long term friends of Fiz and Tyrone feel outraged for how Tyrone is treating his estranged fiancé and after a few words of encouragement, it seems Fiz will rise from the ashes as a new confident woman and show Tyrone exactly what he is missing. Will she end up taking a date for the wedding? Express.co.uk spoke to newcomer Vinta Morgan, who plays Ronnie Bailey, about his future in Weatherfield and he teased a future romance with someone – perhaps he has his eye on Fiz?

Next week, Chesney Brown (Sam Aston) calls at No.9 and warns Fiz that locking Tyrone out solves nothing.

Instead, he suggests she needs to be the bigger person for the sake of the girls and put her own feelings to one side.

Chesney then heads to the garage and tells Tyrone he’s persuaded Fiz to let him see the girls and later that day, the mechanic is forced to explain what is going on between him and Fiz and gently tells Hope and Ruby he no longer wants to be with Mummy and has fallen in someone else.

In a bid to cheer them up, viewers will see Tyrone take the girls to  Speed Daal for their tea, but when Hope spots Alina and asks her to join them, pointing out she’s Daddy’s girlfriend, Tyrone and Alina are left mortified.

Back at home, Maria Connor (Samia Longchambon) has arrived and Fiz tells her friend she fears the girls will choose Alina over her. 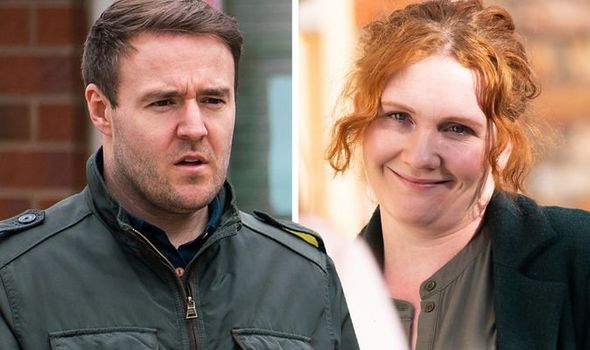 Meanwhile, in the restaurant, Alina is being quizzed about her favourite things and Tyrone sits back, noticing how smitten the girls are with her.

As Tyrone, Alina, Hope and Ruby tumble out of Speed Daal in high spirits, Fiz steams over and doing her best not to cry, dragging the girls inside for bedtime.

The next day, Tyrone is involved in an argument about Kevin’s stag do with Tim Metcalfe (Joe Duttine) favouring another location to the one Tyrone suggested.

The conversation soon moves onto Tyrone and whether he is going to attend the wedding with Fiz like the invite originally planned, but he makes it clear he is expecting to take Alina with him.

Abi and Kevin are quietly horrified, aware of how much it will upset Fiz and it isn’t long before news gets around and Sally Metcalfe (Sally Dynevor) adds her opinion. 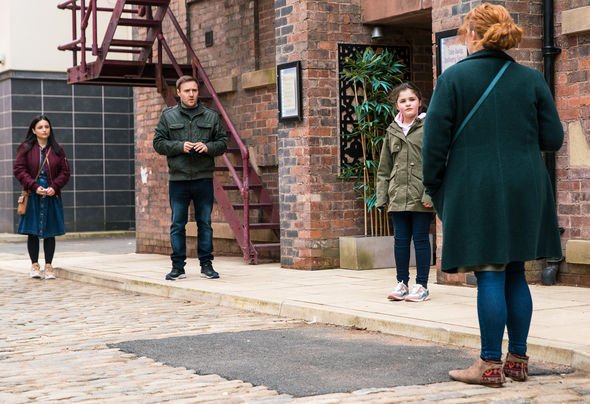 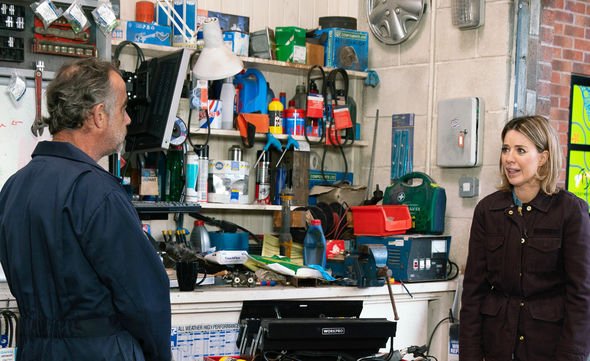 With so many residents interfering and giving their thoughts, Tyrone makes a stand and refuses to attend the wedding unless Alina is invited and resigns from being Best Man.

Elsewhere, when Fiz hears about Tyrone’s plans, she decides she needs to put on a front and prepare herself – could she find herself a date too?

With not many single men in Weatherfield, could Fix set her sights on a newcomer?

When Express.co.uk spoke to the actor who plays Ronnie, he mentioned the possibility of future romances happening.

“What can I say, I think he’s single, and he’s ready to mingle,” Vinta explained. “I think he is looking to be right back in that honeymoon period. 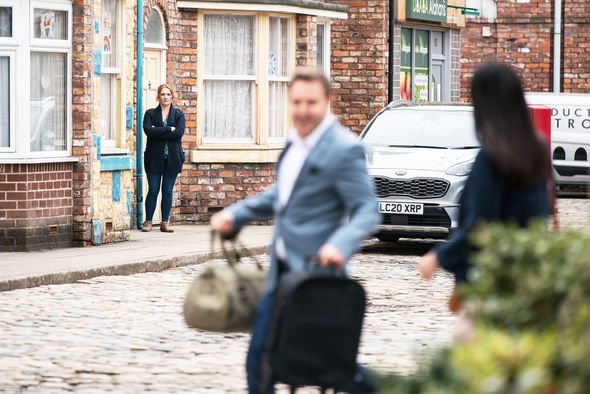 “You know where there’s not much heavy stuff going on where you can enjoy be romantic.

“I think he likes to be romantic he likes to enjoy romances so yes. Watch this space! Husbands’ hold on to your wives, for sure!” He joked.

As for how Alina is feeling with being thrust into Tyrone’s life and meeting the girls, Ruxandra spoke to Express.co.uk earlier this year.

“Alina is very inexperienced when it comes to relationships,” the actress said.

When asked whether Alina feels guilty towards Fiz, the actress said her character did.

“She was there for her when she most needed [someone],” Ruxandra said. “And now she feels she shouldn’t be bringing so much unhappiness to Fiz’s life.”

Ruxandra also discussed being part of this storyline.

She said: “I was very exited because Alan and Jennie are amazing actors and what they’ve done with Fiz and Tyrone is beautiful, they are such an iconic couple.  I am grateful to be part of their storyline and work with them.”