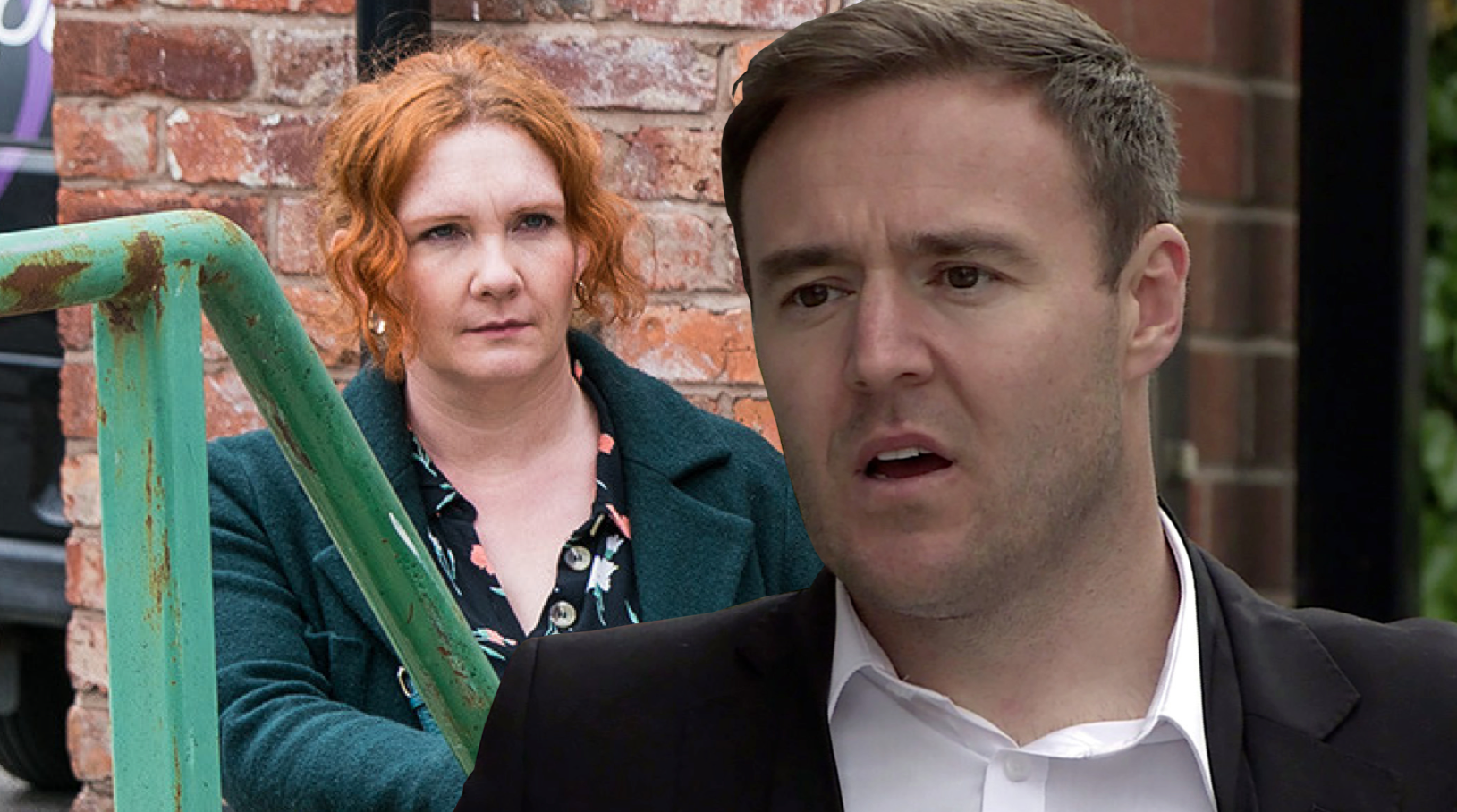 Coronation Street will tonight air a big shock for Tyrone Dobbs (Alan Halsall) when he learns that his abusive ex girlfriend Kirsty Soames has died following a brain aneurysm.

Fans will recall a harrowing storyline which saw Kirsty subject Tyrone to physical and emotional abuse over the course of more than a year – with the pair having a child together, Ruby.

Kirsty then tried to set Tyrone up as the abuser, leaving it until the end of his trial before confessing to her crimes and being jailed.

Tyrone has since, until recently, brought Ruby up alongside Hope and her mum Fiz Stape (Jennie McAlpine).

Now, as Alina starts to believe she may be pregnant, Tyrone gets a call to tell him that Kirsty is dead – and he knows that he will have to inform Ruby.

The passing of Kirsty will bring Tyrone and Fiz into one another’s circles again, as they unite to support Ruby and also plan the funeral of the woman who hatefully turned Tyrone’s life upside down.

It will also cause problems for Alina, who is horrified to hear from others what Tyrone went through when he was abused.

As she doubts his commitment to her, asking why he never told her such a thing, now is possibly the worst time for some baby news to drop.

But drop it does.

So what will this mean for Tyrone, Alina and Fiz moving forward?