Coronation Street resident Robert Preston (played by Tristan Gemmill) has been leading a double life recently as he tries to keep the baby he is having with Vicky Jeffries (Kerri Quinn) a secret from fiancé Michelle Connor (Kym Marsh).

Having always wanted to be a father, Michelle categorically told him she didn’t want anymore children, so when Robert found out Vicky was pregnant, he was overjoyed if not a little apprehensive about the situation.

Unable to tell Michelle about the affair he had with Vicky, the Bistro owner is trying to maintain a good relationship with the mother of his baby behind her back.

But, there is a strong chance Robert is going to come face to face with a very angry and upset Michelle when he tells her the truth.

It comes as official soap spoiler pictures have explained how Vicky is going to collapse, risking the chance of Robert becoming a father.

Viewers will see Robert pulled away from work after Vicky’s son Tyler Jeffries (Will Barnett) calls him and explains how his mother isn’t well.

After waiting around all day for Robert to drop by and see her, Vicky takes matters into her own hands and drags herself into Weatherfield where she tells Robert she is tired of coming second in his life.

Venting all her frustration at him, Vicky is unable to finish her sentence as she collapses in Robert’s arm, experiencing agonising stomach pains.

Horrified and deeply worried about her and the baby’s welfare, Robert rushes Vicky to hospital.

Fortunately for everyone, the doctor explains there is nothing wrong with the baby and Vicky is actually suffering from gallstones. 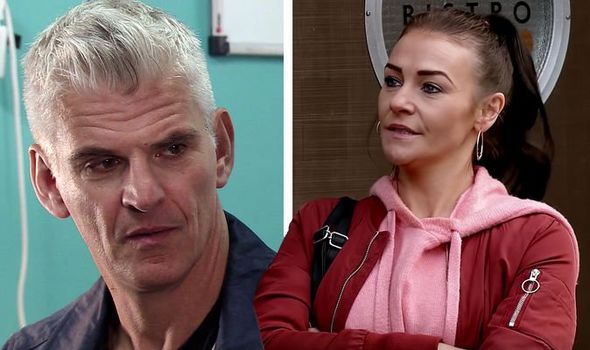 As a wave of relief washes over both Robert, Vicky cries happy tears and this is the moment Robert realises he needs to prioritise her and the baby.

After making sure she gets home safely, Robert returns to the Bistro and finds a very confused Michelle and son Ryan Connor (Ryan Prescott) waiting for him.

Wondering why he abandoned the kitchen when there was food still cooking, Robert lies and says he was at the wholesalers.

Deciding not to question him further, Michelle accepts the excuse, but how long can Robert carry on keeping his secret?

Elsewhere in the Street, there is a strong possibility David Platt’s (Jack P. Shepherd) past is going to torment him once more. 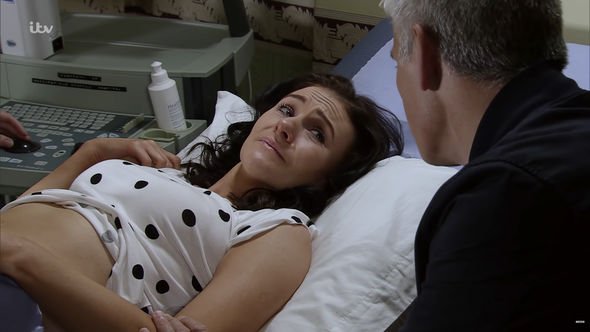 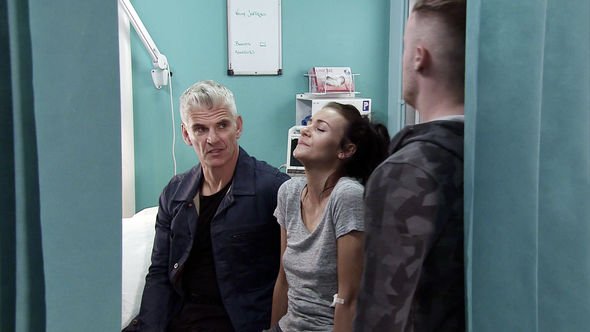 Will Robert ever tell Michelle?

The hairdresser has had an extremely difficult year and more recently he stood in court accused of stealing grandmother Audrey Robert’s (Sue Nicholls) money.

But it seems he may recognise another inmate, as Josh Tucker (Ryan Clayton) could also be facing time behind bars.

David has not seen his rapist for almost a year after he semi-confessed to drugging and sexually attacking him.

How will he react if they come face to face?