Yasmeen (played by Shelley King) was revealed to be the victim of a harrowing coercive control storyline on Coronation Street earlier this year when it became clear her partner Geoff (Ian Bartholomew) wasn’t the nice guy he made himself out to be.

Since the storyline was announced, Geoff’s abuse of Yasmeen has involved taking control of her finances, playing mind games and isolating her from her family.

Although the plot is set to play out for some time yet, viewers of the ITV soap will be left wondering how Yasmeen’s ordeal could come to an end.

With Geoff seeming the master manipulator, his cruellest act of control yet could be to land Yasmeen behind bars.

Following a robbery which he staged at the Nazir household, Geoff told Yasmeen he would take care of the insurance pay out to take the stress of her shoulders.

When the money came through in recent scenes, Geoff set about getting CCTV cameras installed in the house to give Yasmeen a greater sense of security, so he said, but it was revealed he was using them to spy of his estranged partner.

After emotionally abusing Yasmeen, making her feel worthless, Geoff split from his partner, but it doesn’t mean her ordeal is over quite yet.

Upcoming episodes will see Geoff lead Yasmeen astray as he tells her he’s suffering health problems, which leads her to believe her estranged partner has cancer.

It’s yet to be seen whether Yasmeen discovers Geoff is lying and there is actually nothing wrong with him but if she does discover the truth, it’s likely she will want answers.

However, being the controlling character he is, Geoff will see Yasmeen’s confrontation as an act of betrayal and come up with a plan to get revenge on her by getting her in trouble with the law; leading to possible jail time. 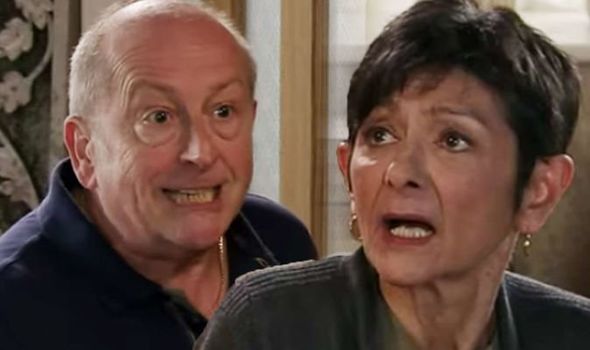 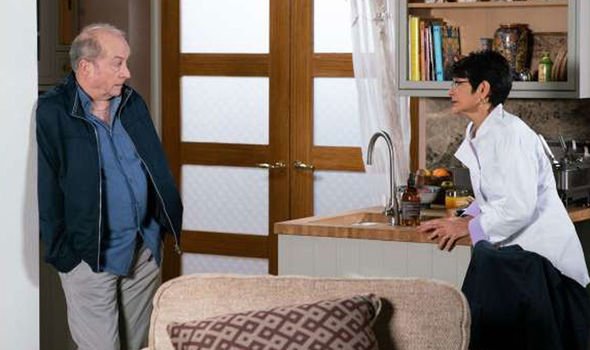 Geoff could do this by revealing to the insurance company the robbery was a set up and with Yasmeen’s name on the deeds, she could be in serious trouble.

Speaking exclusively to Express.co.uk, senior solicitor at Stowe Family Law Kaleel Anwar explained how Yasmeen could get on the wrong side of the law.

Asked if there was a way Yasmeen could be painted as the one in the wrong, Kaleel said: “Yes, if she were to ‘partake’ in being untruthful and lying to companies/organisations etc to keep him happy, or to keep things at bay with her personal life.”

If the police were to receive a report from the insurance company about the fraudulent claim, Yasmeen could be arrested, with Geoff doing little to help her out of her rut.

Will Yasmeen’s ordeal ever end if she’s jailed for something she didn’t do? 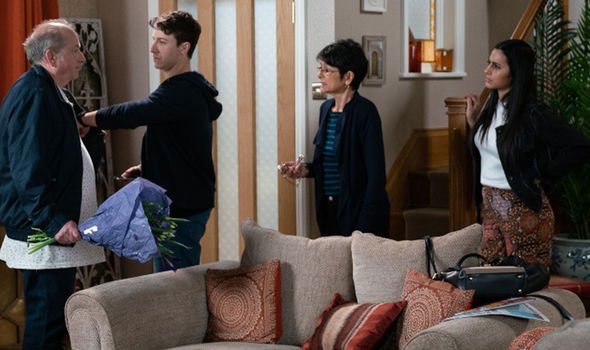 With her grandmother behind bars, Alya Nazir (Sair Khan) could do some digging of her own with regards to Geoff.

If she were to discover Geoff had lied about the robbery and was going to help Yasmeen, Alya may realise her grandmother’s estranged partner has been controlling her.

Alya could try to convince Yasmeen they need to report Geoff to the police so she can walk free and end her ordeal at the hands of her abuser.

Kaleel added however: “Until Yasmeen is ready to press charges this isn’t really going to solve the problem.”

Knowing how manipulative Geoff can be, will Yasmeen accept her fate and decide not to follow up her granddaughter’s hopes of her walking free from jail?