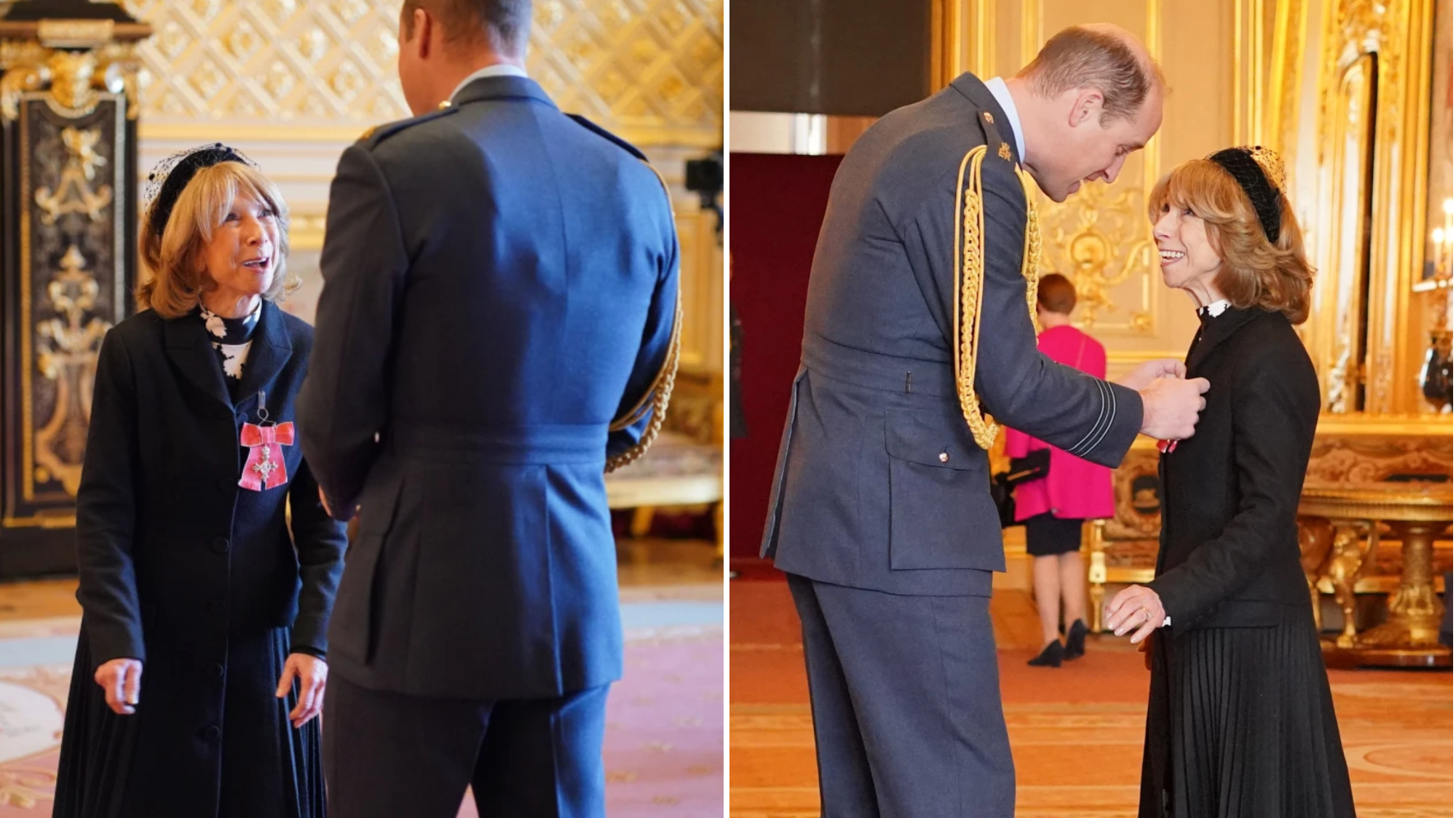 Coronation Street star Helen Worth has been made a Member of the Order of the British Empire.

The actress, who plays Gail Platt in the ITV soap, was all smiles as she was awarded the honour for her services to drama by The Prince of Wales at Windsor Castle.

It was revealed back in June that Helen, who joined Coronation Street back in 1974, would receive an MBE as part of the Queen’s Birthday honour’s list.

Reacting to the news, the 72-year-old said at the time: ‘It was a huge surprise to learn that I had been nominated for an MBE.

‘To be honoured for doing something I have enjoyed so much for so many years is truly wonderful, and I am particularly delighted to receive this award in the Queen’s Platinum Jubilee Year.’

Having appeared in over 3,000 episodes, Helen has been at the centre of many of the long-running serial drama’s biggest, controversial and most high-profile storylines.

Gail, who remains very much a stalwart of the eponymous street, has been married six times, with one of her husbands being renowned cobbles serial killer Richard Hillman.

After murdering a number of street residents, Richard famously drove the Platt family, including Gail, into the canal in a bid to take their lives back in 2004, but the clan managed to survive the ordeal.

Richard, however, did not.

Great to be back for the first Investitures of 2023, celebrating those who continue to have such a positive impact on our communities.

To Helen Worth, Dame Ruth May, Cornelia Parker and all of todayâs recipients, thank you and congratulations! pic.twitter.com/Mx71lDD7Oi

The Platts remain at the centre of Corrie all this years later, with a number of the characters all currently featuring in huge storylines – the biggest being the fact that Stephen Reid (Todd Boyce) – Gail’s own brother – has become the cobbles’ next murderer.

Never a dull moment in Weatherfield!