Tyrone is left with some explaining to do when he heads off on a mission to spy on his grandmother Evelyn Plummer in an upcoming storyline.

Alan Halsall and Maureen Lipman, who play Tyrone and Evelyn, have been spotted filming on location for the upcoming scenes. 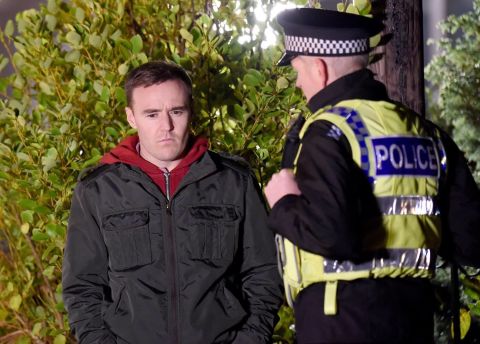 The new storyline sees Tyrone keep a close eye on Evelyn from afar as she spends time with a mystery show newcomer called James.

Tyrone’s efforts are interrupted when he’s confronted by a policeman who wants to question him.

A startled Tyrone insists that he’s looking for a missing cat called Keith, but sticking to his spontaneous cover story won’t be easy.

Why is Tyrone really following Evelyn, why is she staying away from the Street and how will she react when she sees her grandson there? 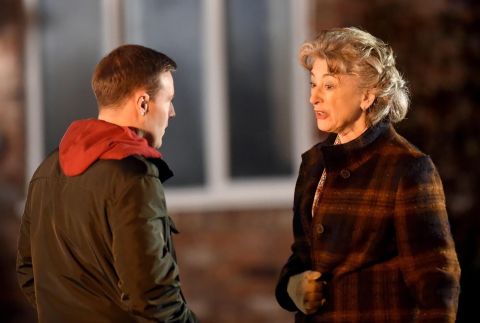 Corrie fans can expect to see much more of the intense dynamic between Tyrone and Evelyn over the coming weeks.

Tyrone’s partner Fiz Stape leaves the Street in Wednesday night’s episodes (December 5), heading off to Birmingham after transferring her troubled daughter Hope to a special school there. 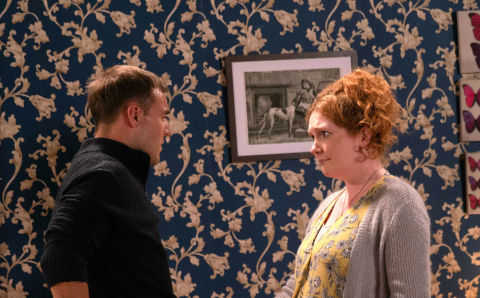 In real life, Jennie McAlpine – who plays Fiz – is on maternity leave following the arrival of her second child Hilda in October.

Fiz will return to the Street, but in the meantime, there’s plenty of drama ahead for Tyrone with Evelyn still around.

Coronation Street airs on Mondays, Wednesdays and Fridays at 7.30pm and 8.30pm on ITV. 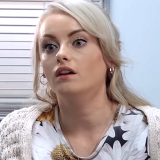 Digital Spy Soap Scoop video – hit play below for all the latest Coronation Street spoilers, as Chesney fakes a mugging to help Sinead, and Robert makes a final decision over the baby plan.