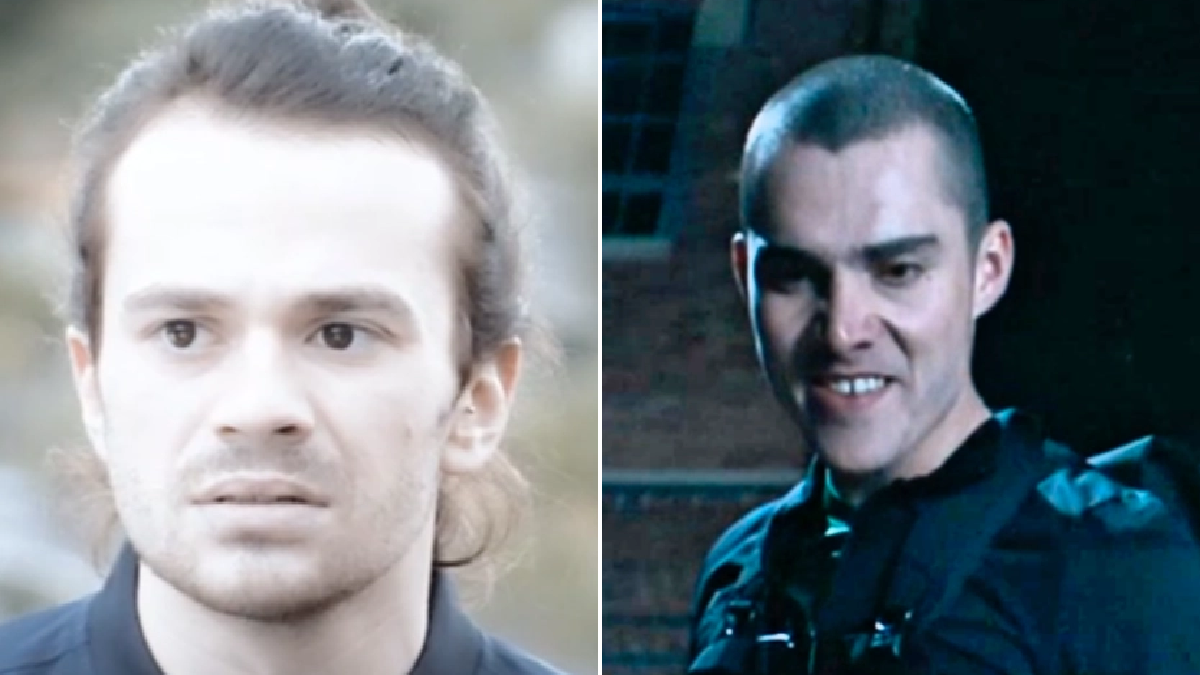 Coronation Street has confirmed that it was Corey Brent (Maximus Evans) who kicked Seb Franklin (Harry Visinoni) to the death.

The ITV soap aired a series of special flashback episodes tonight (August 30), that saw Nina Lucas (Mollie Gallagher) retrace her steps on the night of the attack in the hopes of recovering her memory.

Asha Alahan (Tanisha Gorey), Summer Spellman (Harriet Bibby) and Abi Franklin (Sally Carman) accompanied her to the wasteland near the canal, where she encountered Corey and Kelly Neelan (Millie Gibson) prior to the assault.

Fragments of her memory began to return, as she recalled how she and Seb were chased by Corey and his gang, after Kelly had slapped her across the face.

Nina also recalled a particularly heartfelt moment with Seb, as they hid out of sight away from their attackers, and shared a kiss.

‘I’m with you for the long haul, you know,’ said Seb, much to Nina’s delight, who responded by telling him that he was ‘cute.’

In the present day, an emotional Nina came to the realisation that Seb loved her.

She continued to retrace her steps, and remembered that, after she and Seb were pushed to the floor, she was able to make it to her feet and run away.

However, she tripped on the kerb, and fell to the floor. Eli and Jay laughed, and proceeded to kick her.

‘I’m on the floor,’ said Nina, as her memories came flooding back. ‘Eli and Jay are above me. I tried to crawl away.

‘They called me names and they kicked me. I tried to get away, and I’m crawling, when I turn around the front of the van and look down the street.

Viewers were once again transported back to the night of the attack, where new scenes revealed that it was Corey who kicked Seb to death, while Kelly tried to stop him.

‘Corey,’ said Nina. ‘It was Corey. I remember everything!’

Corey and Kelly will both stand trial for their roles in Seb’s death, but will justice be served?