Following the family’s arrival in 2019, Dee-Dee has been mentioned a few times, but this will be the first time we actually see her in person.

This new video begins with Aggie (Lorna Laidlaw) fearing the press are knocking at the door following James’ (Nathan Graham) heart attack and the news he won’t be able to compete at a competitive level until he’s much healthier again.

As Ed (Trevor Michael Georges) makes his way to the door, he cannot believe his daughter has arrived!

Aggie is just as surprised to see Dee-Dee, who’s been living in America for the past couple of years and hasn’t actually been around to see her famous brother play a football match.

The video doesn’t exactly explain the reason behind Dee-Dee’s arrival to the cobbles, but we know soon enough she’ll find herself involved in Stu’s (Bill Fellows) ongoing storyline. 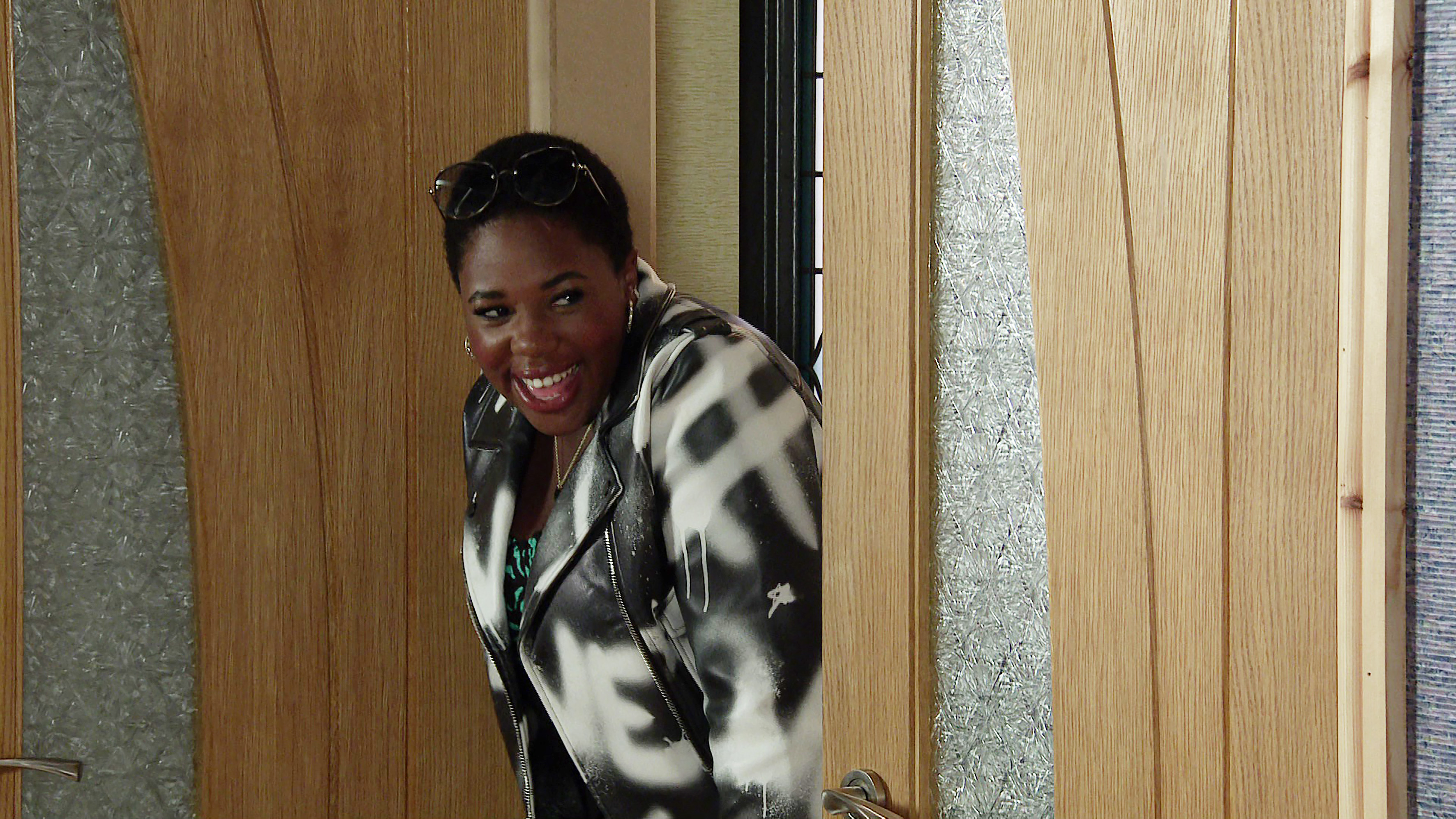 ‘She has found a friend in Alya, and they’re delving into Stu’s case and looking to see if I can get him exonerated. I think that’s going to be really exciting for viewers, because obviously, it’s such a big storyline and it’s very gripping and two young women sort of on the detective case, I think it’s really brilliant and it’s exciting to see where that’ll go.’

Setting foot onto the cobbles for the first time as a daunting prospect, but Channique was also given an extra task of meeting the other stars of the Bailey family, who have all worked together for a few years.

Fortunately, it was all smooth sailing thanks to their warm welcomes.

‘I’ve been so fortunate to come into a family, they just completely embraced me’, Channique said.

‘I mean, before we even shot anything. I came in for hair and wardrobe test and they’re all rallying around me. The boys came down and they’re like watching me in a makeup chair and then took me down to wardrobe and they’re like checking out the clothes like “I like that, I like that’. And Lorna [Laidlaw] turns up and she’s bought me lunch because I was in a wardrobe fitting for hours and Trev’s [Michael Georges] there too.

‘They’ve been so kind and so good to me. Yeah, a second family straightaway.’