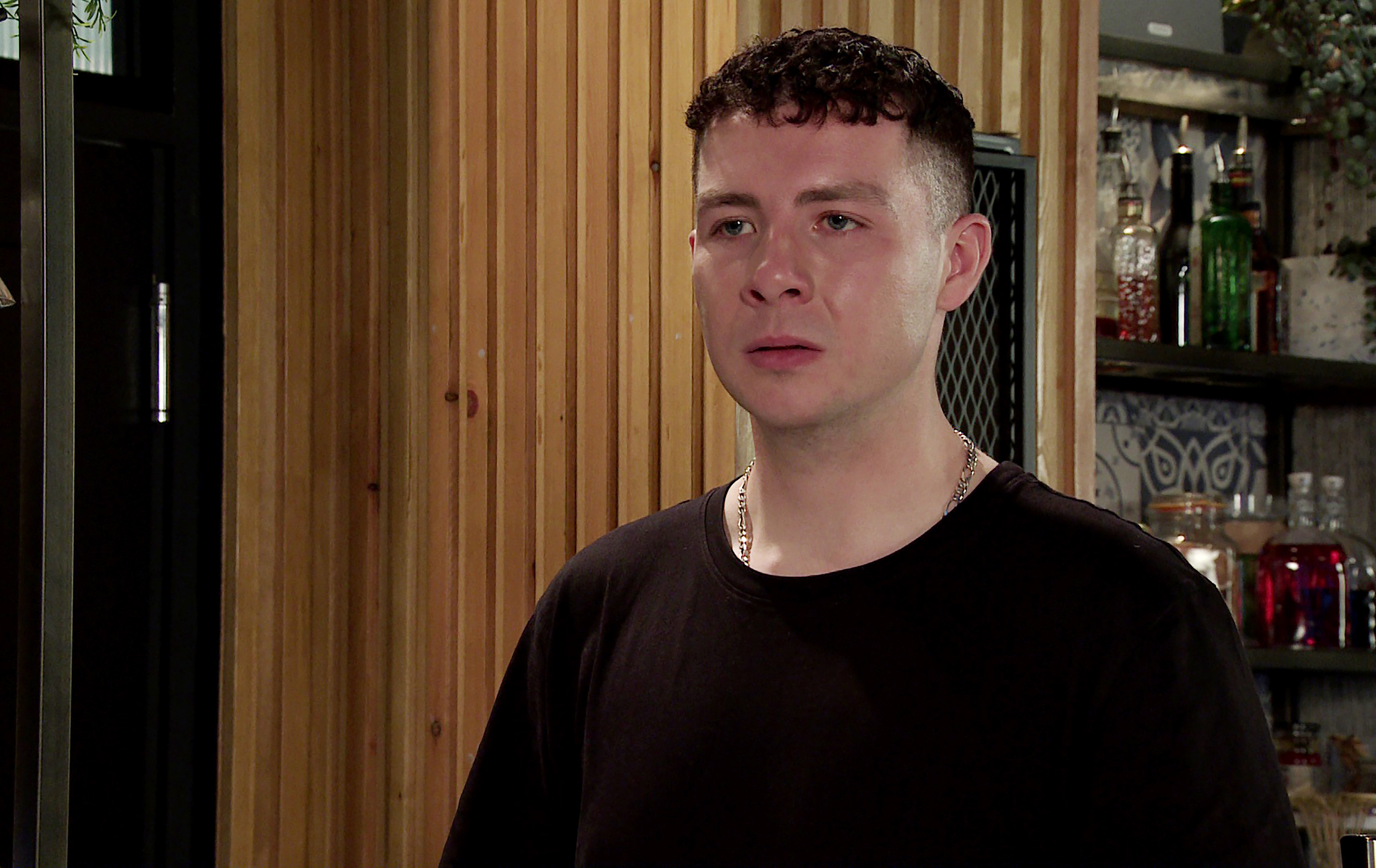 Coronation Street’s Jacob Hay (Jack James Ryan) is a man with a past. He first arrived on the cobbles as a drug dealer who got Simon Barlow (Alex Bain) mixed up in Harvey Gaskell (Will Mellor)’s ring of dealers.

When Jacob returned this year it became clear he was trying hard to put all that behind him. He was soon in a settled relationship with Amy Barlow (Elle Mulvaney) and has seemed like a reformed character. But all that is set to be put in jeopardy following the arrival of his father, Damon (Ciarán Griffiths), in Weatherfield. It soon becomes clear that Damon is trying to pull Jacob back into his bad old ways when he gets him involved with drugs being smuggled into the bistro.

Jack James Ryan revealed the struggle that Jacob goes through when his father returns.

‘He’s let him down time and time again. But in his heart, the thing that Jacob wants the most is a loving family. He doesn’t have anyone that has been there for him throughout his life. So that hope that his dad is here for him in this moment is so strong for him.

‘I think there’s been a lot of manipulation from Damon, he really preys on the fact that he knows Jacob would do anything for his dad to build this relationship. Damon has really played up to the idea of them building this empire together and Jacob being his right hand man. Jacob has just been craving that love and attention from his dad, so much so that he is willing to sacrifice everything for the slight chance that he might be able to have a future with his dad.’

Jack said that he’s carefully built up Jacob’s character over his time in the show. ‘Jacob is like my baby brother,’ he told us. ‘I’ve put my heart and soul into the character. After initially joining for just three months, I’ve then been able to build the character, making him live and breathe and be relatable.’

He hopes his character shows that people can turn their lives around. ‘I think what I really like about Jacob is he’s a character that’s been able to show the younger generation that you can make mistakes. Yeah, Jacob’s made some pretty big ones, but he’s been able to turn his life around,’ he insisted.

‘It can feel with cancel culture at the moment that you make one mistake and you’re done but I think it’s really important to show that you can make mistakes but if you really want to try and turn your life around then you can do that. I’ve been so proud to tell that story with Jacob and I hope the audience can see him as sort of a troubled hero, he’s doing the things he does to keep people safe.’

For a person who’s tried hard to put his life of crime behind him, Jack says that Jacob is devastated when, by reconnecting with his father, he’s pulled back into that world.

‘He’s literally devastated but everything happens really quickly and Jacob realises he’s in way too deep from the outset,’ he admitted.

‘There isn’t a way out of this, and in a weird way I think he does want to protect his dad as well. He doesn’t want his dad to go down so he’s between a rock and a hard place where he realises he’s going to have to do this to protect him. Even though Damon has never done anything to protect Jacob, he feels that responsibility now. It all just happens so quickly, he doesn’t have the time to process it. He just wants to find a way out that won’t affect anyone, including his dad.

‘It’s really difficult for Jacob because he knows from his past experiences with his family, especially with his dad, that he’s bad news.’