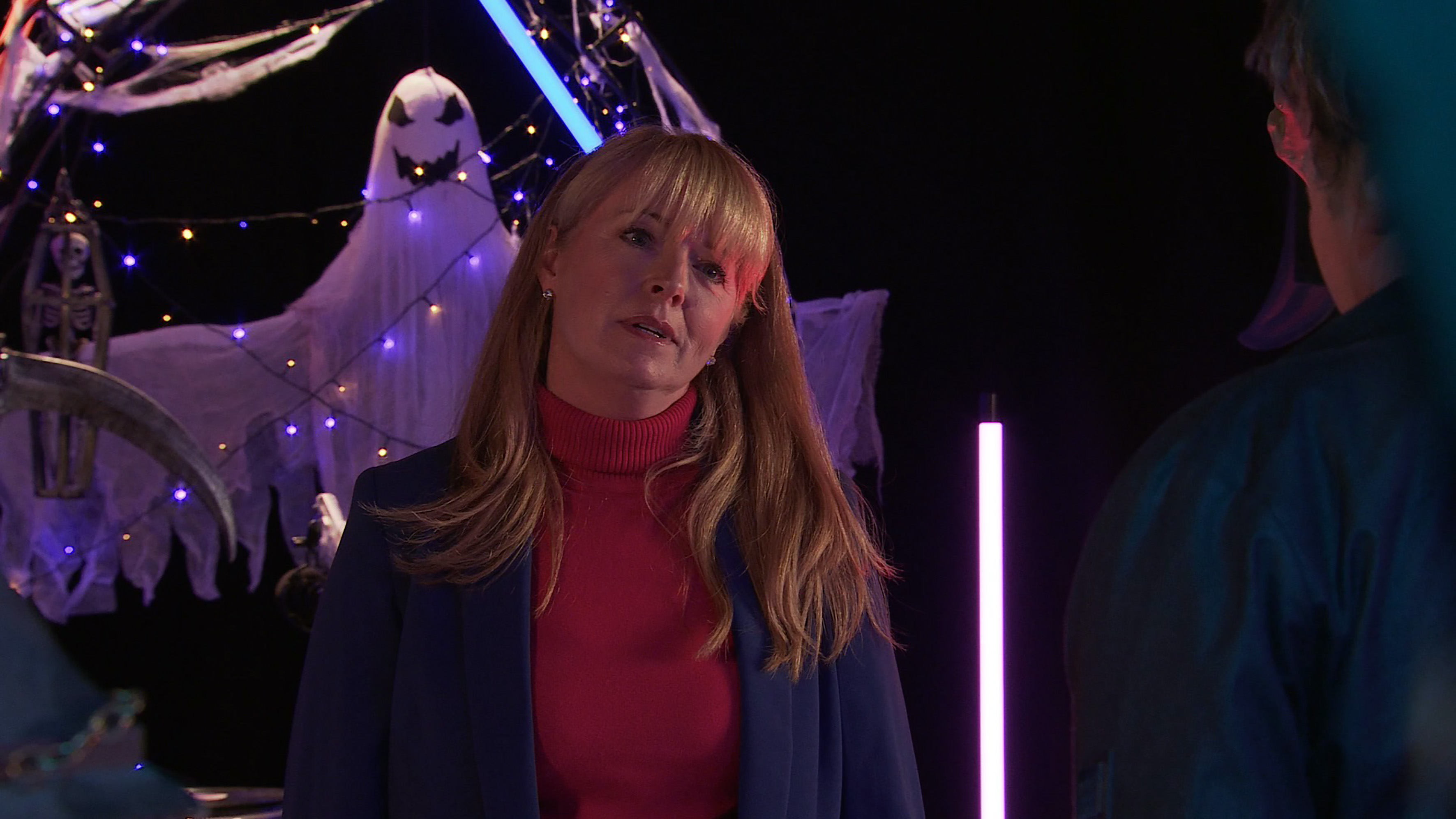 Coronation Street star Sally Ann Matthews, now infamous for being tasered by Sharon ‘av it’ Gaskell, has made it clear many a time that she hates having to be part of action sequences – give her a dialogue heavy Coronation Street scripy any day.

So when she was informed that she was due to fall down a sinkhole and battle the watery elements, her initial reaction was not a positive one.

She told Metro.co.uk: ‘I’ve said many times, give me a ten page monologue – I thought getting tasered was bad enough. I bloody hate having to do stuff, but when I was doing it, I bloody loved every single second. I did write to Iain and Verity after we filmed the main section, please can there be a sinkhole every week!?

‘I’m not physical I am very risk avert and I get scared by stuff and my imagination goes into overdrive. But with water, I used to do the mushroom and breathe under water from side to side of the pool – who knew it would come in handy?

‘Jack the water safety guy was so ace and the whole team were bubbled so it was all ramped up with testing. We are at a studio and the way have worked previously is the lighting lads do their thing and they clear out before we got there but this time we saw everyone for the first time in 18 months.

‘George the director was all over it, he gave brilliant technical and acting notes. To get close to Richard again was just a joy and to interact with people Jenny doesn’t normally interact with. I am great friends with them off set but very rarely get to work with them.’

She continued: ‘When I fall down the sinkhole, I will be spamming Instagram by the way – I have so much BTS stuff – it was such a brilliant but knackering experience.

‘The water was tepid, we were in there for six days and bizarrely I didn’t get wrinkly fingers! We had wet suits on and clothes on top, it was a monumental effort getting to the loo.

‘By the third day everyone was a lot more familiar with each other let’s say. The crew not in the water, they were melting, it was humid in that environment.’

So we could see her in Celebrity SAS then? Sally made her feelings very clear on that score!

She scoffed: ‘What do you think!? No! Unless I am paid and have to but I would never choose to do something like this. If it wasn’t written down and when I got it, I didn’t realise how much was involved.

‘It’s a bit too late to say no once you’re in the water. Jodie was my lovely stunt double – she had a much better bum than me which is quite annoying. There are some elements that there’s no way someone without stunt background could do,’