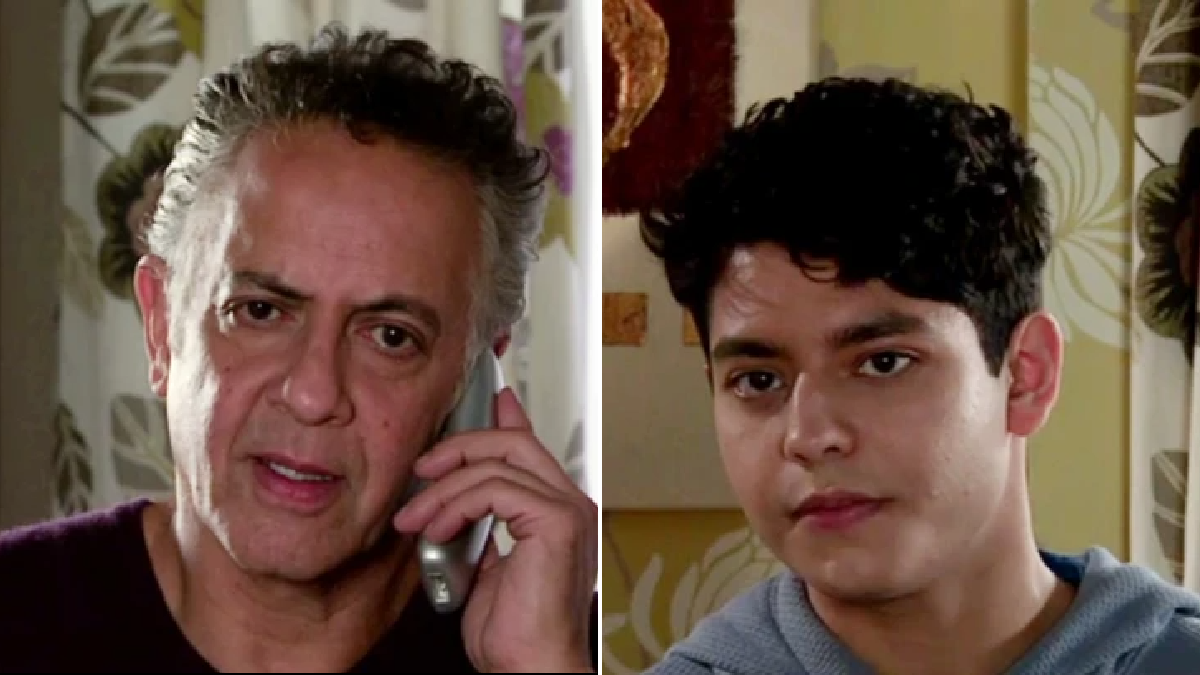 Aadi was confronted by his dad in the opening scenes of tonight’s instalment, but it wasn’t because of he knew his son had keyed his car, Dev was angry at Aadi for closing the shop early.

Aadi continued to become consumed by his emotions, resulting in him confronting his dad over his favouritism towards Asha.

Dev assured Aadi he doesn’t love Asha more and pulled her from the car first because she was unconscious, but that didn’t make the situation any better.

In a powerful, one-take scene that was over two minutes long, Dev tried to get through to Aadi, explaining that keeping Asha’s video offline has bled him dry.

Dev apologised profusely to his son, mentioning Kelly (Millie Gibson) keying his car just tipped him over the edge – which led to a confession.

Aadi told his dad he got drunk and smashed his car up, which left Dev horrified.

After another argument with Asha, Aadi told his family he didn’t want to live with them anymore.

We left Aadi with Kelly in her accommodation, so what now for the struggling teen?

Will he grow close to Kelly?

How long will Aadi last away from Dev and Asha?