Countdown’s Rachel Riley, 33, sizzled in a daring ensemble for yesterday’s show as she presented alongside Nick Hewer and Susie Dent.

The blonde bombshell donned a midi-length dress with a multi-coloured striped design and long sleeves.

Rachel flaunted her hourglass proportions in the figure-hugging dress as she did the numbers and letters for the gameshow.

She also flaunted her cleavage as the plunging neckline gaped open during the show, leaving viewers hot under the collar.

It didn’t take long for fans to comment on Rachel’s look, as one posted: “Great dress Rach.”

Another added: “So gorgeous.”

A third chipped in: “Just so lovely.” 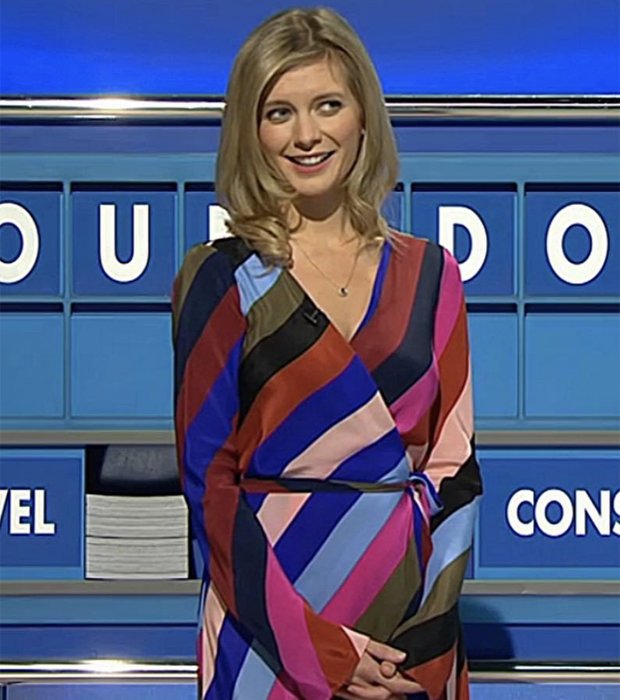 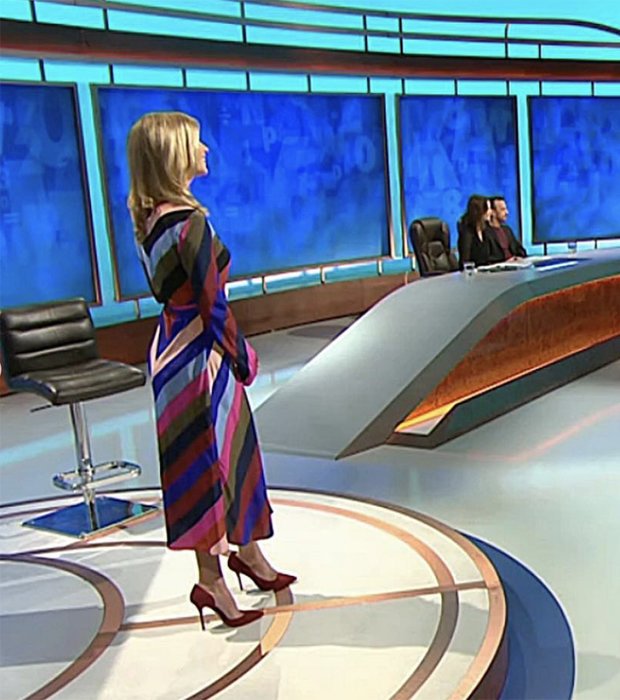 Meanwhile, Rachel updated her fans with her life outside of the show as she posted pictures of her at Nou Camp with friends.

She went to watch Manchester United play Barcelona, which they lost 3-0 in a fight for the Champions League trophy. 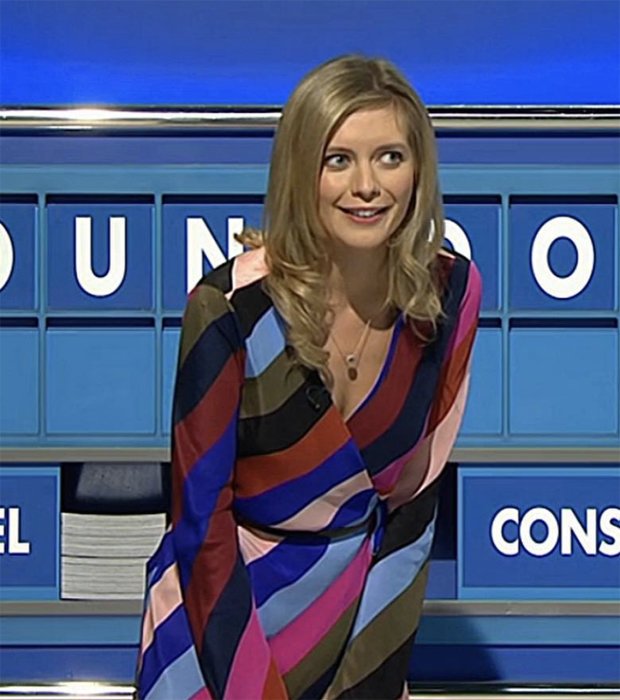 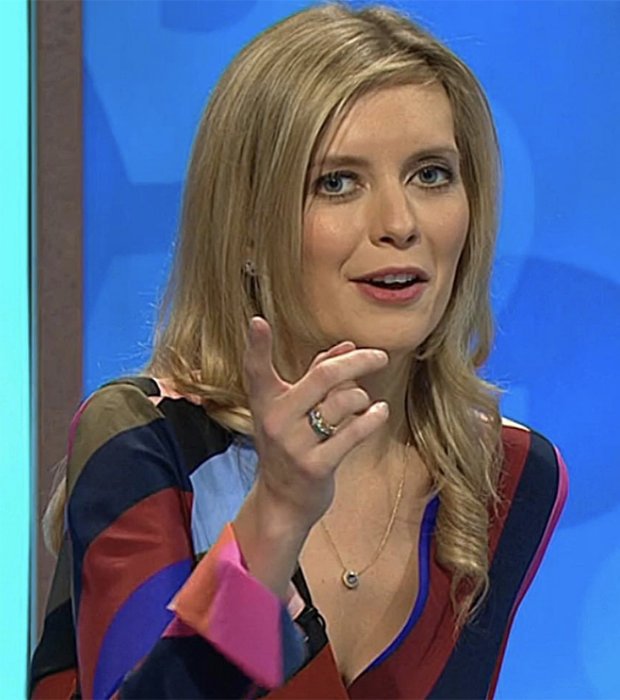 Rachel posted a selfie of her in front of the stadium and even showed off the silverware from her dinner to her fans.

The maths whizz also did a picture of her in front of the pitch, making them very jealous indeed.