During Sunday’s instalment of Countryfile, BBC hosts Matt Baker and Ellie Harrison celebrated the 150th anniversary of Wimbledon Common. Adam Henson also discussed the impact Brexit has had on farming as he admitted to viewers that he thought Britain leaving the EU would have an impact on the price of his lambs. Although, he later went on to confess he was wrong. The segment sparked an uproar from some viewers, who were unhappy with the Brexit segment.

Taking to social media, one viewer penned: “Brexit. Only a matter of time till he mentioned it. While he’s shoving lambs into small pens!”

“Adam’s in his own Brexit world,” another wrote as a third said: “Brexit klaxon.”

A fourth raged: “Countryfile banging the pro-Brexit drum is pretty dubious. He is the industry spokesman, is he?” (sic)

A fifth commented: “Why are they promoting eco-friendly processes when they’ve just talked about killing a bloody lamb due to Brexit?” 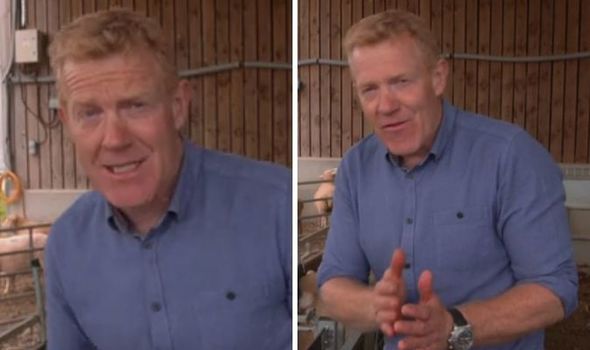 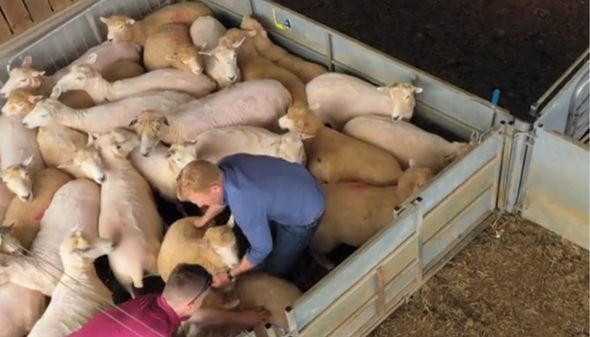 “This show can go from talking about the benefits of helping wildlife and going vegan, then talk about murdering lambs due to Brexit,” another pointed out.

A seventh tweeted: “Is a lack of checked material a result of Brexit??!!” (sic)

Adam began the segment by talking about the lambs that were born in the Countryfile lambing special.

He explained that some were four months old and so were ready to be sent to market. 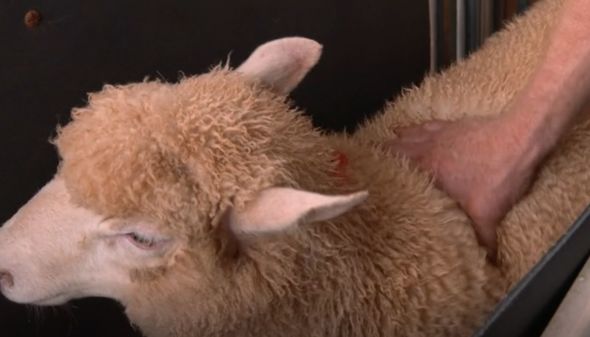 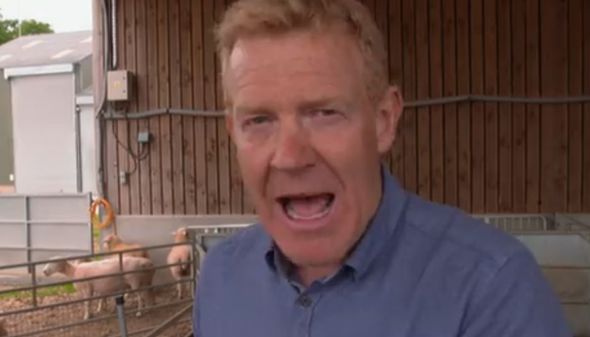 “These are the shorn ewes with all of their lambs,” he began. “What we’ve got in here is a mixture of females and males.

“And the females we are keeping to breed in this flock or selling to other farmers and then the males are going to market.

“We are just sorting them out and they’ve got different tags in their ears, so we know who is who.

“I don’t think I have spoken positively about the price of lamb before. But this year is the highest I’ve ever known it.”

He said it costs him £75 to raise a lamb from birth until they go to the market. A few years ago, they were only getting up to £60 per lamb.

However, the lambs that the presenter currently has are worth £130.

“We want them to weigh 40 kilos plus,” he added. “They also need to be in good condition.

“So, I feel their shoulders, their loin and their rump and this is a smart lamb. It’s ready to go.”

The 55-year-old went on to point out that the price of his lambs so high because of Brexit.

“Like me, many farmers were really worried about the trade deals when we were coming out of Europe,” he said.

“We thought there was going to be tariffs on exports and that meant the price of lamb would have plummeted.

“Thankfully our government managed to do the negotiations, there were no tariffs and the price stayed high.

“But, because of that concern I got rid of my lambs pre the end of December and I also decided to reduce my flock by a third.”

Countryfile airs on Sunday at 5.40pm on BBC One.