The South is full of ghosts… even the reality TV kind. On the season 7 premiere of Southern Charm, the ghost of Thomas Ravenel — OK, just a living, breathing Thomas — resurfaced, much to the surprise of viewers and the cast!

“I laughed so hard when I found that out,” Craig Conover confesses to ET. “I was recording the narration for the first episode … and I saw that Thomas is in the first episode and I was like, you gotta be kidding me.”

Thomas pops up about six minutes into the premiere, ambling his way down a flight of stairs and into his kitchen, where his ex, Kathryn Dennis, is making lunch for their kids, Kenzie, 6, and Saint, 4.

“I’ve actually been staying with Thomas,” Kathryn explains, revealing she’s in the process of renovating a townhouse her late grandfather left for her.

“He’s allowed me to use his master bedroom and, uh, no — we are not back together!” she adds. “I guess this is the reality of what life would be like if things were normal, but they never are.”

“It’s nice, you know, to have you here, but are we misleading them like, it’s always gonna be this way?” Thomas asks, to which Kathryn replies, “That’s why I’ve been taking them to my house and saying, ‘It’s almost ready for us to be back in it,’ but I have to admit I’ve gotten comfortable staying here.”

The former couple then sits down to talk about the state of their relationship, which has been rocky since the start. After a years-long custody battle, Kathryn says they’ve finally reached a 50/50 agreement.

“I know we’ve had a rough patch the past couple years, but you know ultimately, it takes two to raise kids and I can tell they’re happy, so I feel like, OK, we’re doing a good job,” Thomas muses. 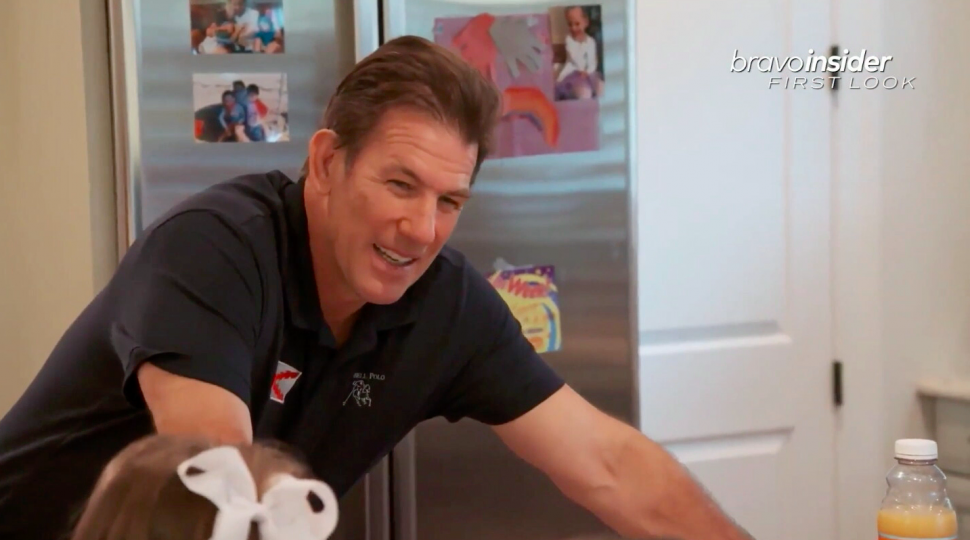 “There’s been certain joys within this show in the past few years, where I find out some of the things and I’m like, you gotta be kidding me,” Craig reemphasizes. “He goes on these Twitter rants all the time about the show, and then to find out he filmed? I think it’s gold. I think it’s amazing.”

Thomas parted ways with Southern Charmafter season 5 under less-than-desirable circumstances, a series of legal issues popping up before and after his exit. Ever since, he’s lambasted the show online, even going so far as to say he would never appear on it again. The viewers mostly seemed OK with that, as Thomas has proven to be a controversial figure onscreen.

“It’s real, it’s authentic,” Craig says of the circumstances that brought Thomas back to TV. “Kathryn was living with Thomas when we started filming and I was like — everyone was blown away by that, so to have him film was, you know, that was a pleasant surprise for me.”

“Viewers looking at it in a way [like] you’re supporting him, or giving him a job, I don’t think that’s accurate,” he adds. “I think it makes more of a — it exposes him more than it helps him. I think as long as we keep filming stuff, it’s great. I think it’s great. I think it’s fantastic. It was a funny surprise. I haven’t seen or talked to him in a long time, so I’m kind of excited to see it for myself.”

Thomas pops up in just the premiere episode, so don’t hold your breath for other cameos as season 7 continues. Southern Charm airs Thursdays at 9 p.m. ET/PT on Bravo.