Those words appear to be relevant five centuries later, just not in the way England's second female monarch would have anticipated. 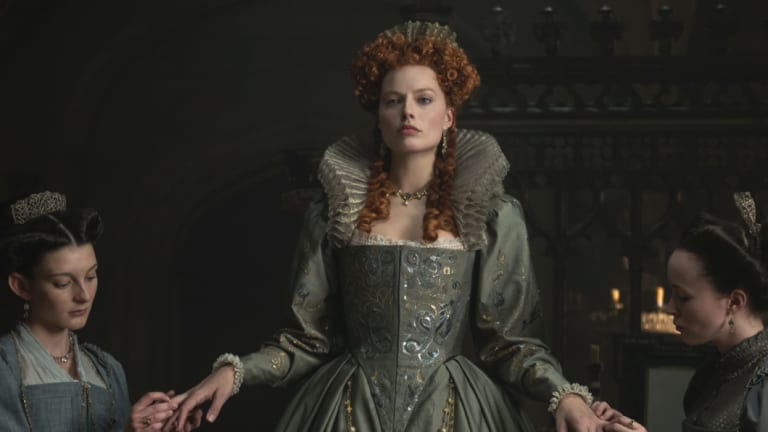 Margot Robbie stars as Queen Elizabeth I in Mary, Queen of Scots.Credit:Parisa Tag

Flash forward several months, and the professionals aren't impressed. The Guardian's Benjamin Lee gave the film a respectable four stars, but saved his harshest criticism for Margot Robbie. He recently described the Australian as a skilled actor who "never really convinces with the accent or the appearance".

"You can almost feel her focusing on both so much that she forgets to add much else to the role," he wrote. "It's a glaring miscast that means one side of the film is always lacking, and given how many superior Elizabeths we've seen on big and small screens, it is the film's biggest stumble."

Across the Atlantic, the New York Post was even more scathing. In a one-and-a-half star review, writer Johnny Oleksinski described the film as a "royal chore".

"Robbie… is the stodgiest Elizabeth ever filmed," he wrote. "Wildly miscast, she turns the accomplished queen into a vain old crone. She constantly whines about how beautiful and young Mary is, and is traumatised by her own smallpox scars. She tears up as she speaks of her courtly difficulties, saying, 'I am more than woman.' Coming from a real-life bombshell, it's all a bit rich."

Robbie has previously spoken about how she was nervous taking on the role of England's most-famous queen.

"To begin with I said … I'm not the right actress for this," she recently told the BBC. "I don't have a degree, I didn't do theatre, I'm not classically trained. I'm the wrong kind of actress to play a queen. And she [the director] said, 'I don't want you to play a queen, I want you to play a young woman.' That unlocked the character for me in a big way."

Australians will have to wait a few weeks to make up their own mind. Mary, Queen of Scots doesn't hit local cinemas until Thursday, January 17.