The 2021 series of Dancing on Ice is currently being ‘paused’ after weeks of disruption from Covid and celebrity contestants and/or their professional ice-skating partners getting injured. Last weekend, ITV viewers tuned in to see six couples perform live before the judges and viewers votes were combined and a skate-off between Lady Leshurr and Amy Tinker occurred. Before the elimination results were revealed, Rita Ora performed her new single Bang Bang, but her appearance on the show prompted some viewers to complain to the broadcasting regulator, Ofcom.

It comes after some questioned the appropriateness of the singer appearing on the programme in light of her breaking lockdown rules.

Ofcom has confirmed 78 official complaints were lodged, while many took to social media to voice their anger.

One said: “@dancingonice and @RitaOra She should not have been allowed on bad choice she has broken the rules so many times and doesn’t care.”

“@dancingonice and @RitaOra Bad taste having Rita Ora in the show, she broke Covid rules in a Spectacular Way,” someone else chimed. 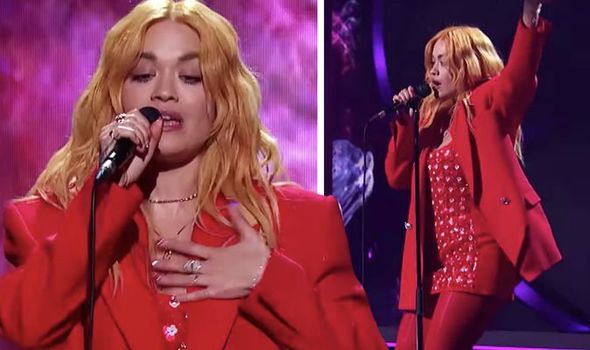 A third wrote: “@dancingonice and @RitaOra Maybe at least wait till lockdown is over and peoples family members aren’t still dying of Covid to have Rita Ora on? Disappointed.”

While another commented: “@dancingonice and @RitaOra I’m shocked that with everything people are having to deal with at the moment you have chosen to celebrate someone who has brazenly flaunted COVID rules!!! Very poor taste!!”

It comes after The Masked Singer panellists came under fire for throwing a birthday dinner for her friends at a restaurant in Notting Hills last November to celebrate her 30th. 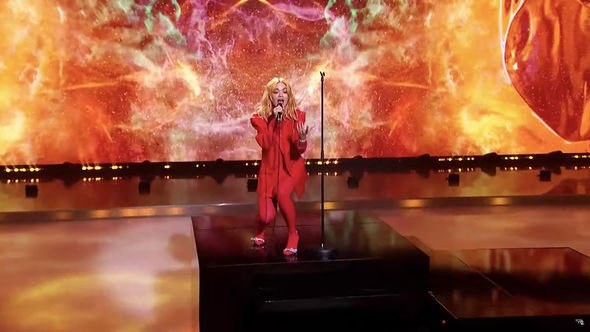 It was during the second national lockdown and therefore went against official government restrictions at the time as indoor meetings were banned.

As a result, she was forced to pay a £10,000 fine and made a statement where she said her actions were an “inexcusable error of judgement”.

Following on from this, Rita then broke quarantine rules when she paid to appear at an event in Egypt in November.

She released another statement: “I apologise again unreservedly. I would like to add that I have been tested subsequently, including today, and remain negative for Covid-19 and the same is true for all members of my immediate family who form my support bubble.”

As for the drama Dancing on Ice 2021 has experienced, it began with professional ice-skater Yebin Mok sustaining a freak accident during training the week before her and Graham Bell’s debut performance.

Denise Van Outen was then forced to pull out after she injured her shoulder in rehearsals and Amy Tinkler joined the line-up to replace her.

Rufus Hound then tested positive for Covid and therefore, had to withdraw, with Matt Richardson called in to replace him.

Billie Shepherd was also forced to quit the competition after hitting her head and suffering mild concussion.

ITV then explained how Jason Donovan wasn’t going to skate in week five after an injury and Faye Brookes partner Hamish Gaman suffered a finger injury which means Matt Evers will perform with the Coronation Street star going forward.

Because of all this, ITV decided they have a week’s break with no live show on Sunday.

“Each week our production team and cast have delivered a fantastic show during incredibly challenging times,” a spokesperson said. 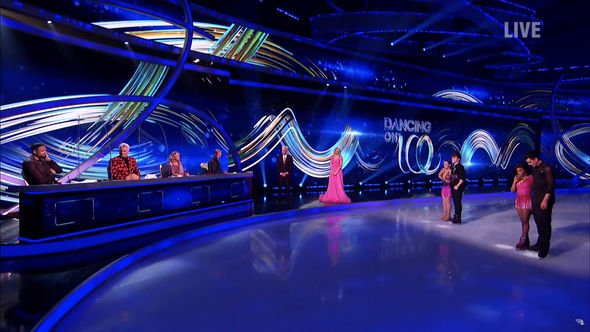 “The welfare of all of those involved is important to us and we felt it prudent to take a week’s break at this juncture.

“Continuing to make the best TV for our viewers is of paramount importance to us and we look forward to resuming the competition next week.”

Dancing on Ice returns Sunday 28 February at 7pm on ITV.