DANCING ON ICE has challenged 12 celebrities to prove themselves on the ice rink for a chance to be crowned this years champions.

Each week the stars will try to wow the judges, including John Barrowman, with their figure skating skills. 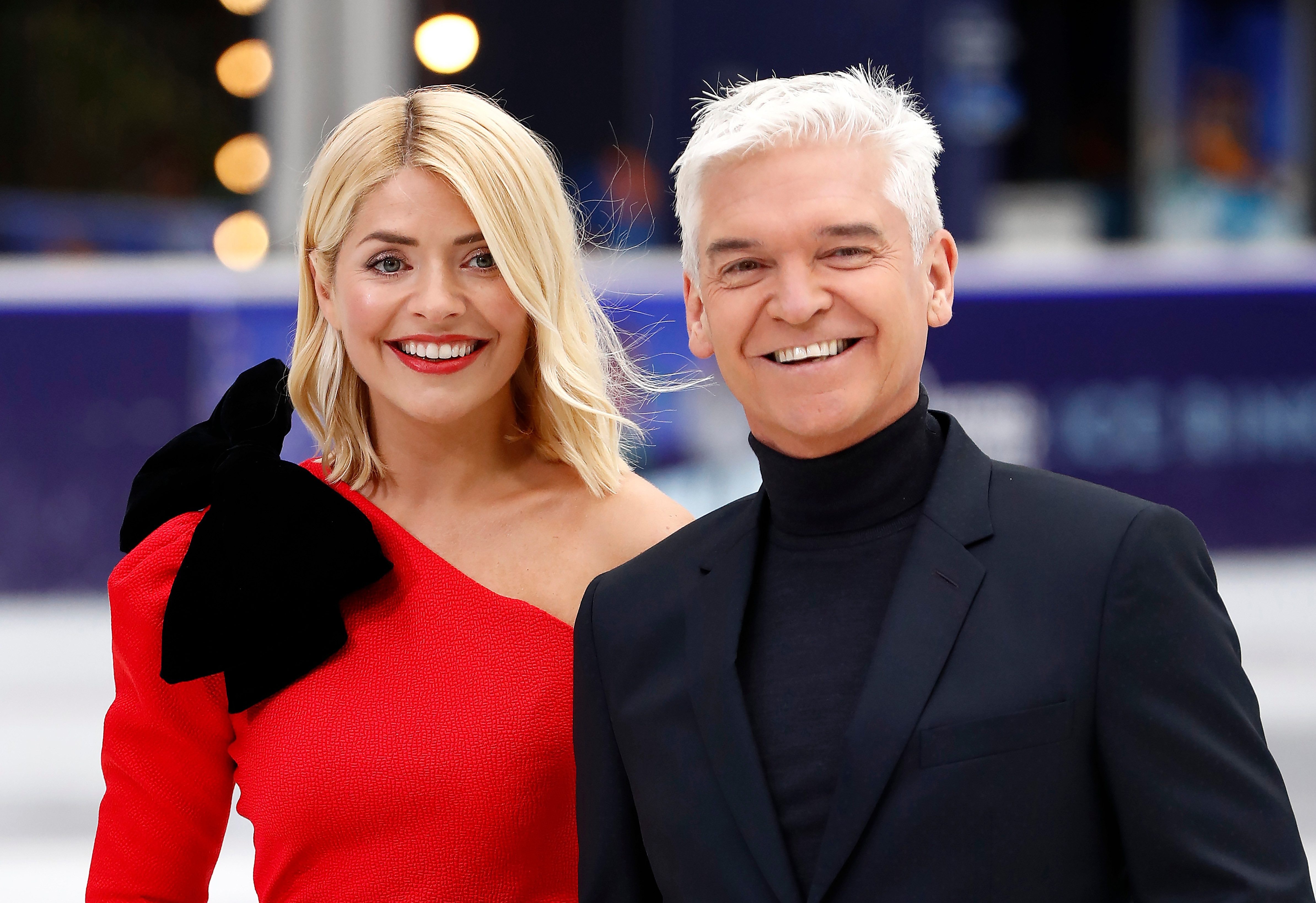 The remaining celebrities are all desperately competing to be crowned this year's winner.

Here's who's still in with a chance…

On September 4, The Sun exclusively revealed that Dancing On Ice bosses had decided to dump Amber Gill in favour of signing Love Island co-star Maura Higgins instead.

Producers met several contestants from the ITV2 show before picking the Irish beauty.

The decision by Dancing On Ice chiefs to sign Maura is a blow to Amber who had hoped the show would be her next big TV project.

A source said: “Dancing On Ice producers were always going to sign a Love Island star for next year’s series and they wanted a girl this time after having two guys in the past.

“It was looking hopeful for Amber but Maura pipped her to the post with her sense of humour and personality.”

The source added: “Maura is hoping Curtis can now teach her more moves, even though she will be on the ice.” 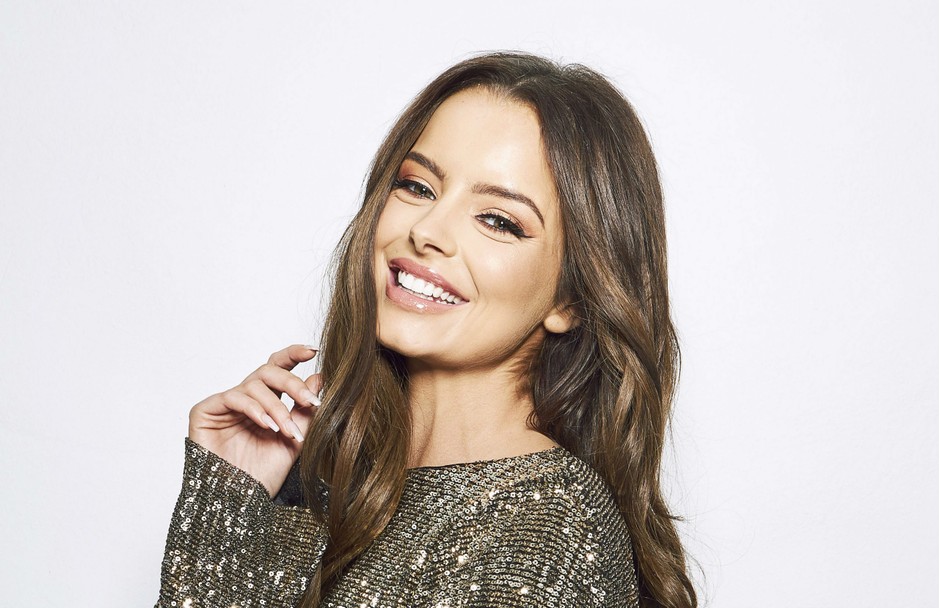 On September 18, 2019, The Sun exclusively revealed that Ian Watkins – better known as H from Steps – was in talks to join the next series.

A source said: "Dancing On Ice is set to be a huge showbiz comeback for H and producers are thrilled at the prospect of him joining the show.

"He won a legion of fans in his Steps days with his cheesy dance moves and he could do it all over again by recreating them on the ice.

H is part of the first same-sex partnership on the show – being paired with Matt Evers. 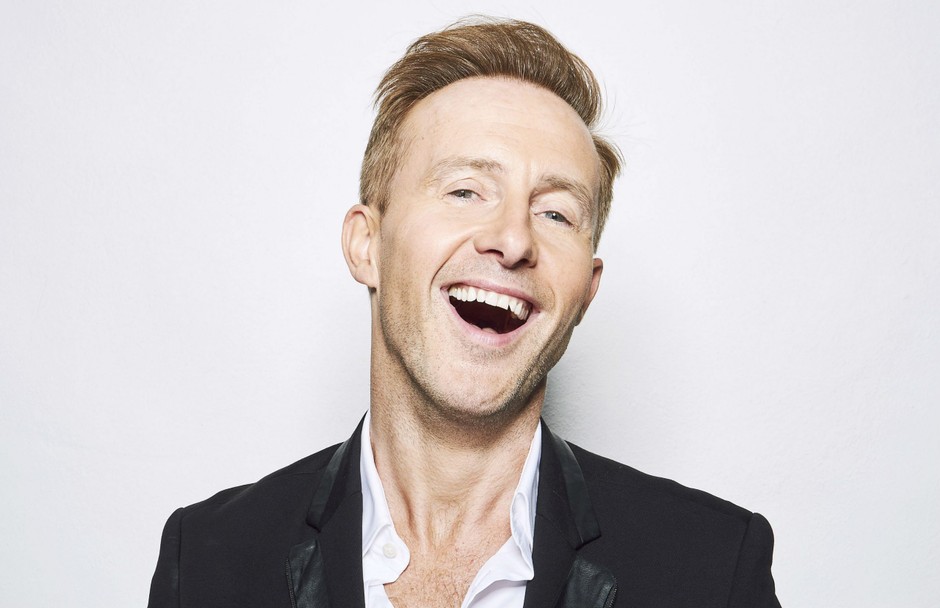 On 25 September, 2019, Kevin Kilbane was confirmed as the third celebrity skater for Dancing On Ice.

Speaking about taking part, the footballer  said: "I am going on as a total novice. I'm starting from scratch here. This is going to be a massive challenge for me.

"I've been taking it easy for the last few years since I finished (football) so let's just see how this one goes."

Kevin retired from football in 2012 while playing for  Coventry City.

Throughout his career he also played for Sunderland, Everton, Wigan Athletic, Hull City and both Huddersfield Town and Derby County on loan.

Kevin is the centre of the first romance on the show – as he's already dating pro partner Brianne Delcourt. 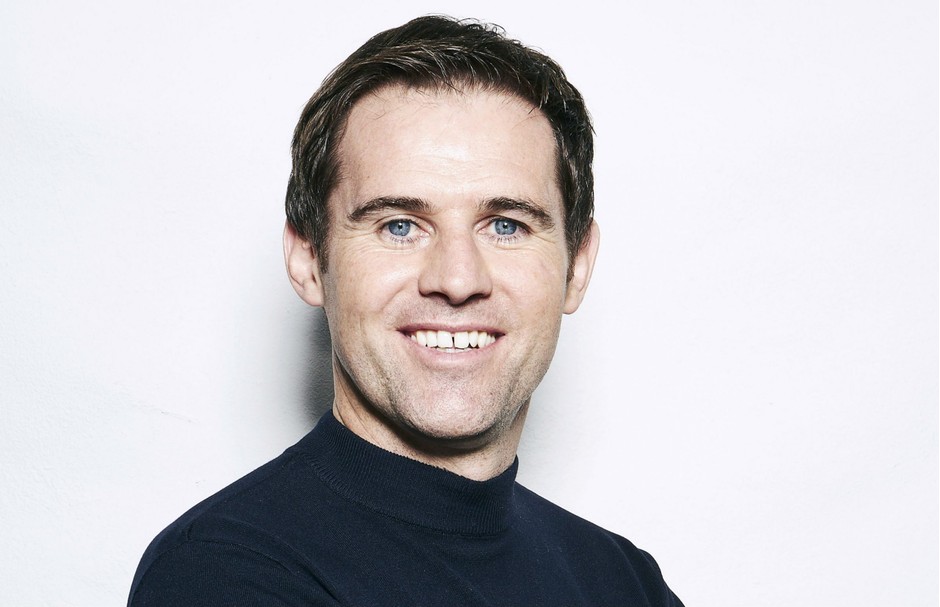 Actress Lisa George has swapped the cobbles for the ice rink as she takes part in the ITV reality show.

The Corrie actress was confirmed as the sixth celebrity to be taking part.

She opened up to Lorraine about her previous skating experience:

"I did it for a couple of years until I was about nine.

"I was in a competition and I stuck my blades in the ice, the ice shot up like a shard and cut my chin open so that was the end of my skating career.

Lisa is partnered with new pro dancer Tom Naylor, and has revealed that training has already helped her shed weight. 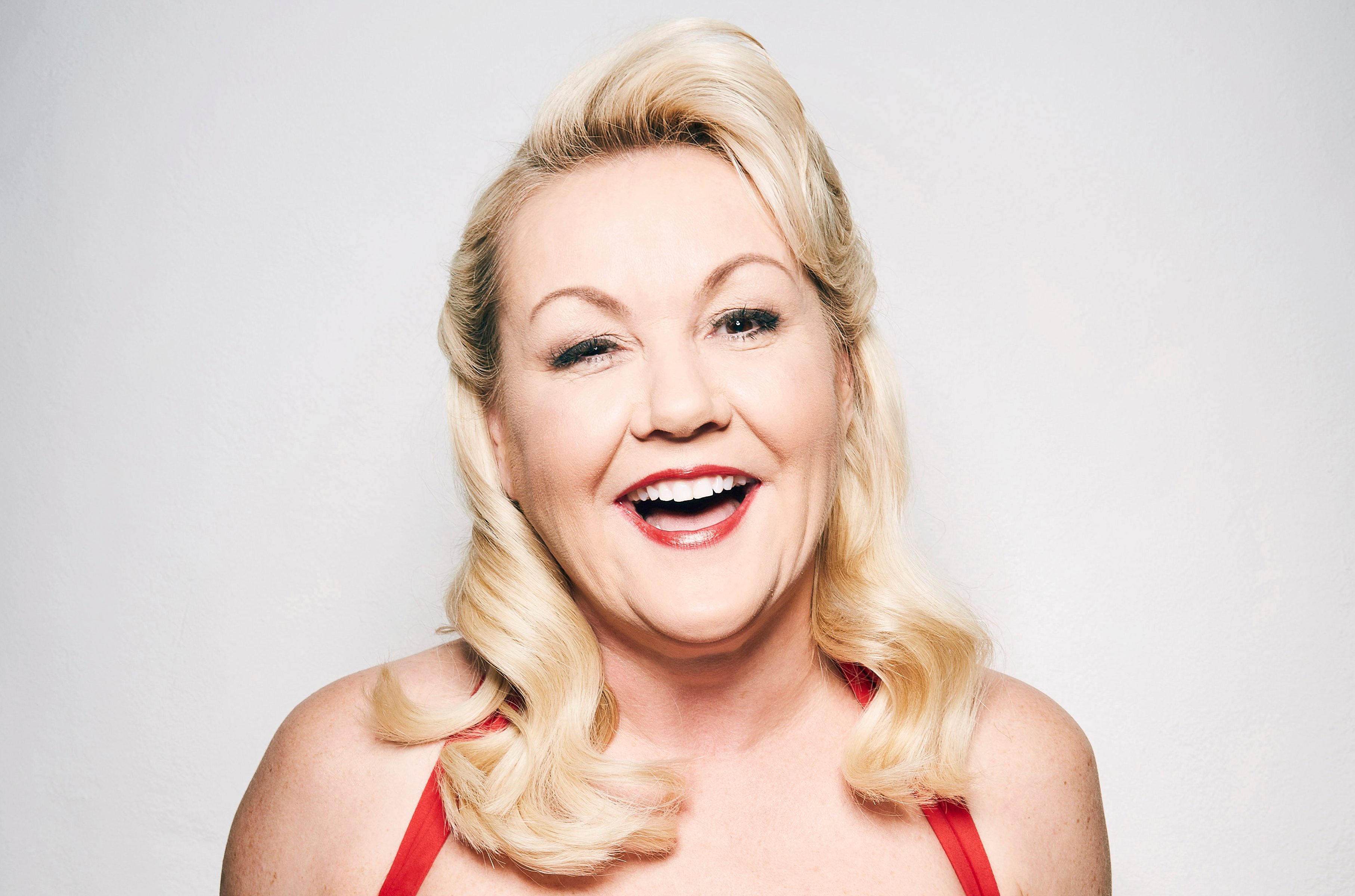 On September 27, during an appearance on Loose Women, Joe Swash announced he'll be taking part in the forthcoming run of Dancing On Ice 2020.

The former actor, who became the ninth contestant to be revealed by ITV, told the panel that rehearsals were more intense than he thought.

While he's determined to go a good job on the ice rink, the 37-year-old shared: "In rehearsals, I was a little bit better, I did too much then and almost went."

"They’re killing me right now. I can’t even dance on a dance floor, let alone on the ice. It’s been a while since I picked a woman up."

The reality TV favourite, who won I'm A Celebrity in 2008, is paired with Alex Schauman. 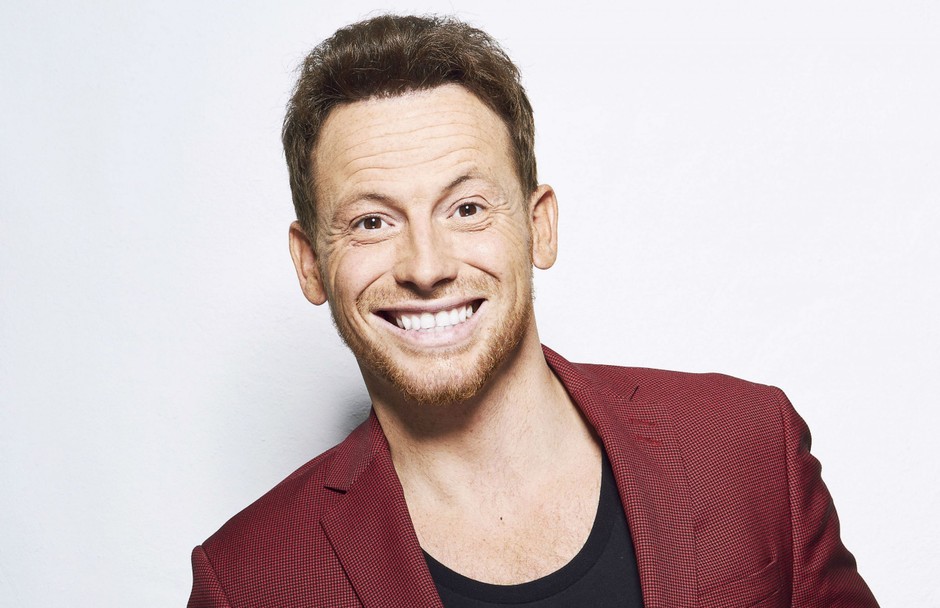 Perri confirmed his place on Dancing On Ice in September 2019.

During a surprise appearance on Kiss FM Drivetime, he told listeners: "I've done a couple of training sessions. Not gonna lie, it's hard. It's game face."

Commenting on Perri taking part in Dancing on Ice 2020, a source revealed to The Sun: "Bosses are over the moon they've managed to land Perri for the new series.

"He's got bucket loads of personality and they're convinced he'll bring great energy to the show."

Perri is paired with Vanessa Bauer, but after she fell and suffered concussion the Diversity dancer performed on his own in the group dance in week two. 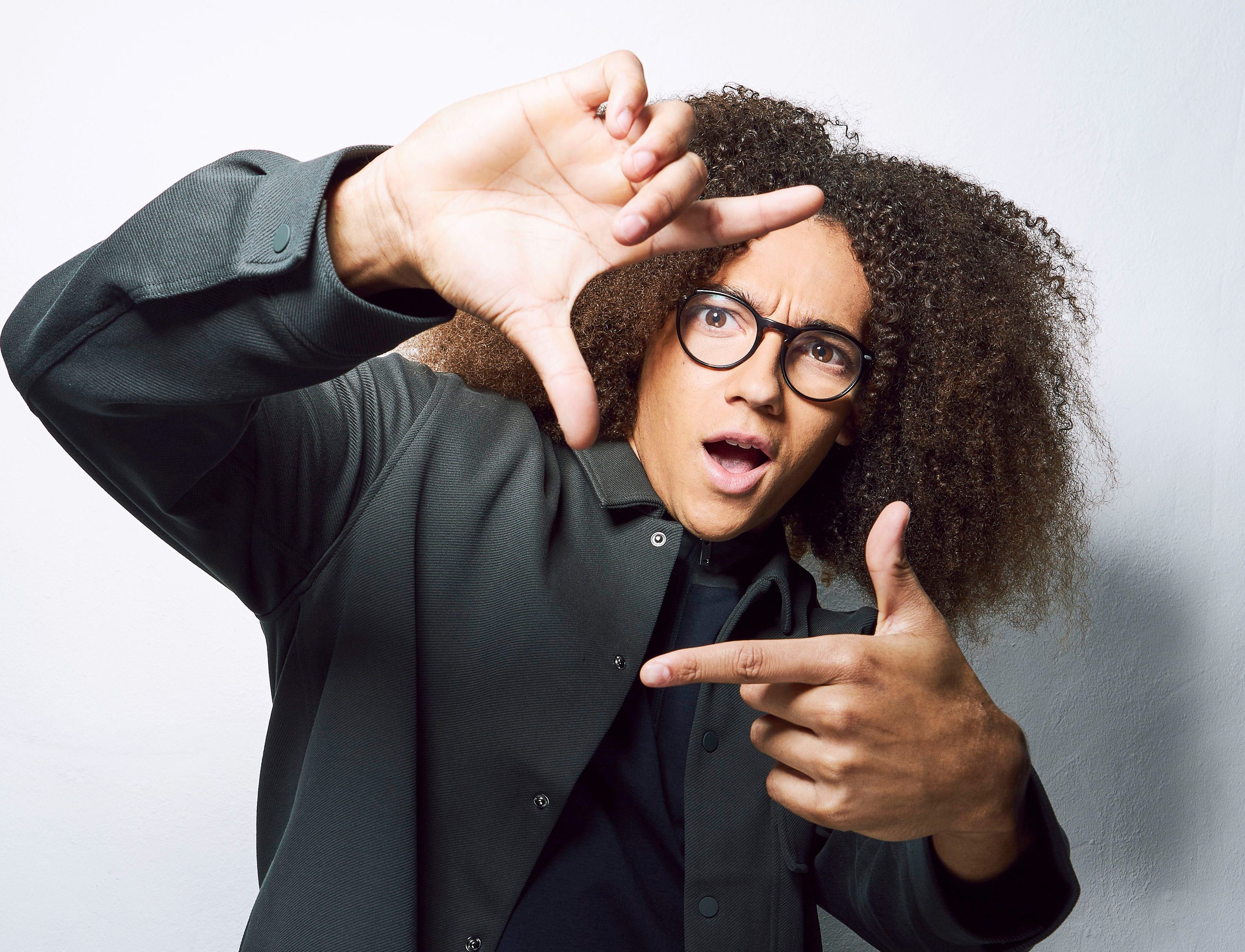 At the end of September 2019, Ben became the tenth celebrity revealed to be taking part in Dancing On Ice.

Following the announcement by ITV, the famous magician said: "Can I ice skate? Barely. But I did say to the producers 'if I’m going to do this, can I try to do magic on ice?'

"‘I will try and attempt to put magic into the show if I can. We start tomorrow! On the ice for the very first time."

Carlotta Edwards is putting Ben through his paces on the ice. 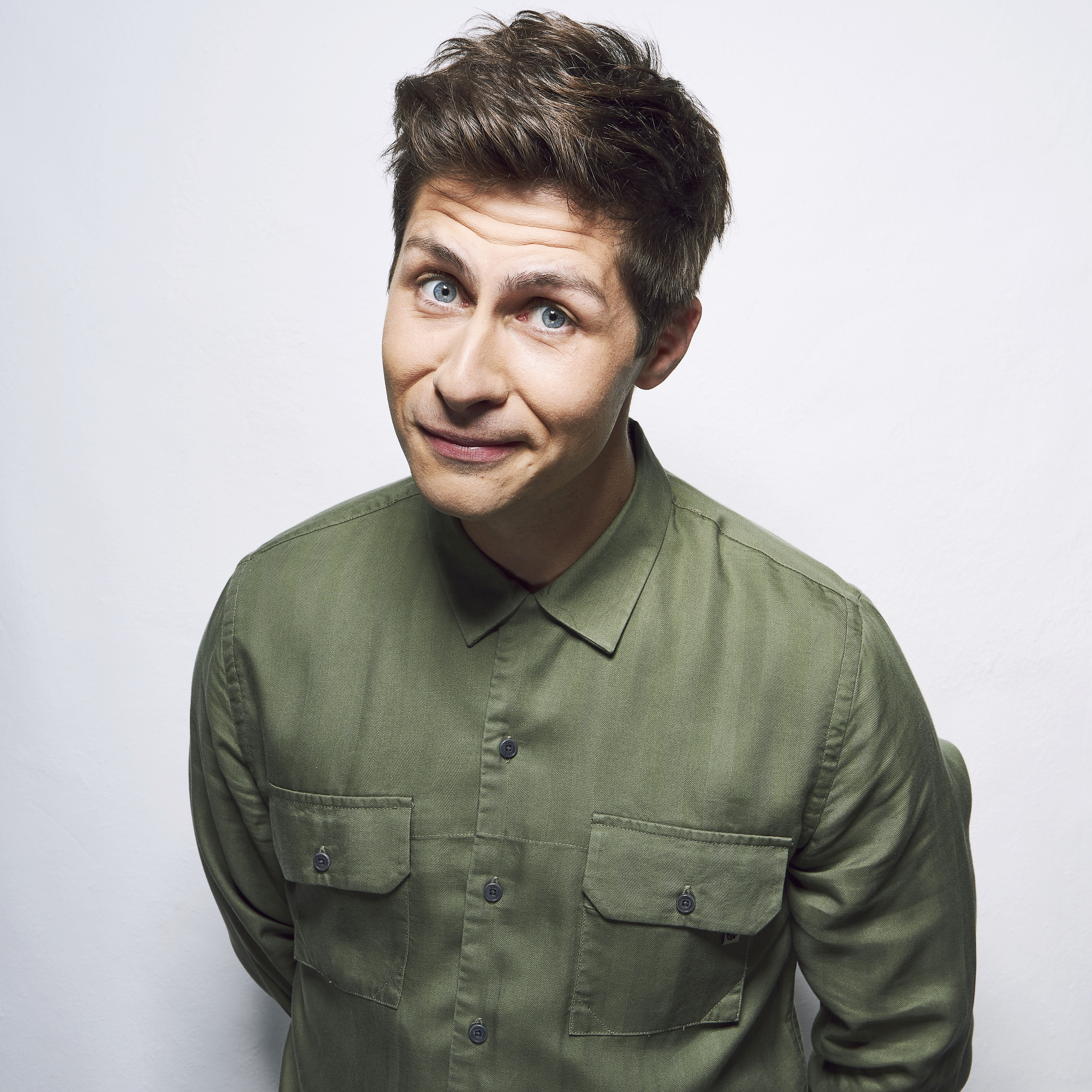 Libby Clegg is a Scottish Paralympic sprinter who was born on March 24, 1990, in Stockport.

She has a deteriorating condition in her eyes called Stargardt's Macular Dystrophy.

Libby only has relative peripheral vision in her left eye and is registered as blind.

On September 22, 2019, The Sun exclusively revealed that Libby was the latest star to sign up for DOI.

The ITV show teased a glimpse of the 29-year-old on their social media pages, but fans were unable to correctly identify the Scottish sprinter.

In the sneak peek, Libby held up her MBE and has her glittering engagement ring on display.

Dancing On Ice simply wrote: "Another amazing addition to the Class of 2020…"

A few days later Libby took to her social media to confirm she was taking part, writing:

"Well, it’s finally been announced! I’ll be swapping my sprint spikes for ice skates in the coming months!

"Hopefully skating my way to success on the ice rink too. Incredibly exciting opportunity which I can’t wait to embrace!"

The athlete is putting her faith in skating partner Mark Hanretty. 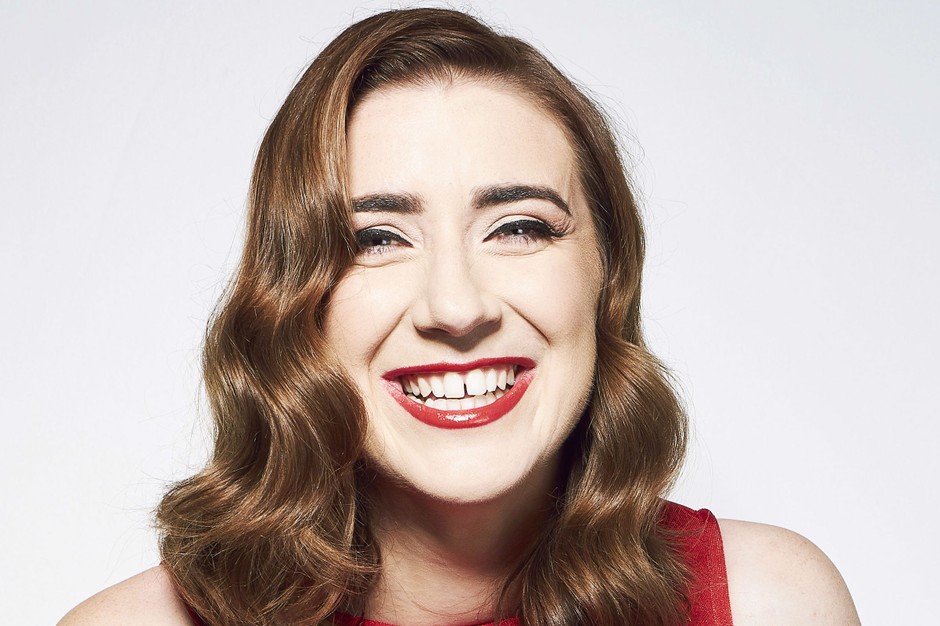 Who has been eliminated from Dancing On Ice?

Radzi Chinyanganya and Jessica Hatfield were the third couple to be eliminated from Dancing On Ice 2020.

The presenter was kicked off the show after losing to Caprice Bourret and Oscar Peter in the skate-off.

Radzi Chinyanganya has been confirmed as the replacement for Michael Barrymore on Dancing On Ice, who pulled out due to a broken hand he suffered in training.

A source said: "It's a real shame for Michael as he was hoping this would be his big comeback, but after his injury there is no way he could continue.

"Radzi is now going to have to get up to speed really quickly to get ready for the series which is now only weeks away."

He is best known for presenting Blue Peter since 2013.

He is also a backstage interviewer on NXT UK and has been in the role since the brand's inception in 2018.

Radzi is being put through his paces by skater Jessica Hatfield. 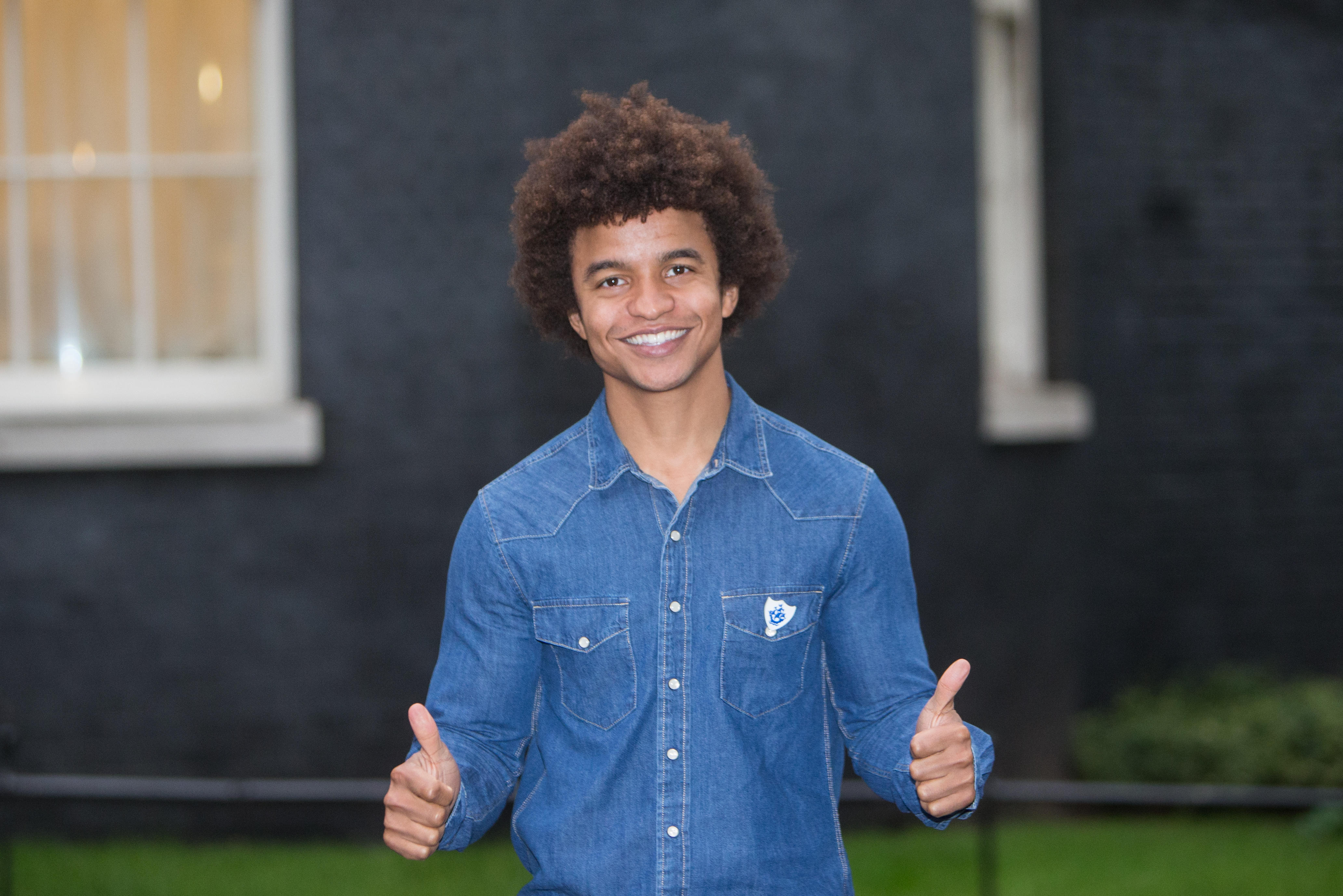 Lucrezia Millarini and Brendyn Hatfield were the second couple to be kicked off Dancing on Ice after she found herself in the skate-off again.

Speaking to Phillip Schofield and Holly Willoughby, Lucrezia said being on Dancing on Ice was the "strangest and craziest" experience of her life, and praised her "amazing" dance partner Brendyn. 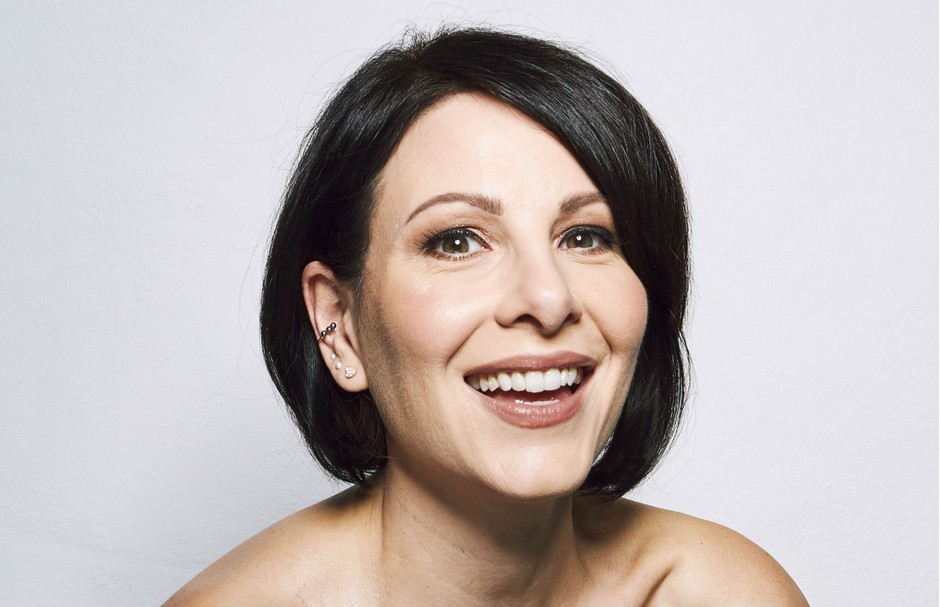 Trisha was the first to be axed from the ice rink after facing news presenter Lucrezia Millarini in the skate-off.

The former talk show host, who battled breast cancer in 2008, came bottom in the rankings after week one – which saw her crashing to the ice. 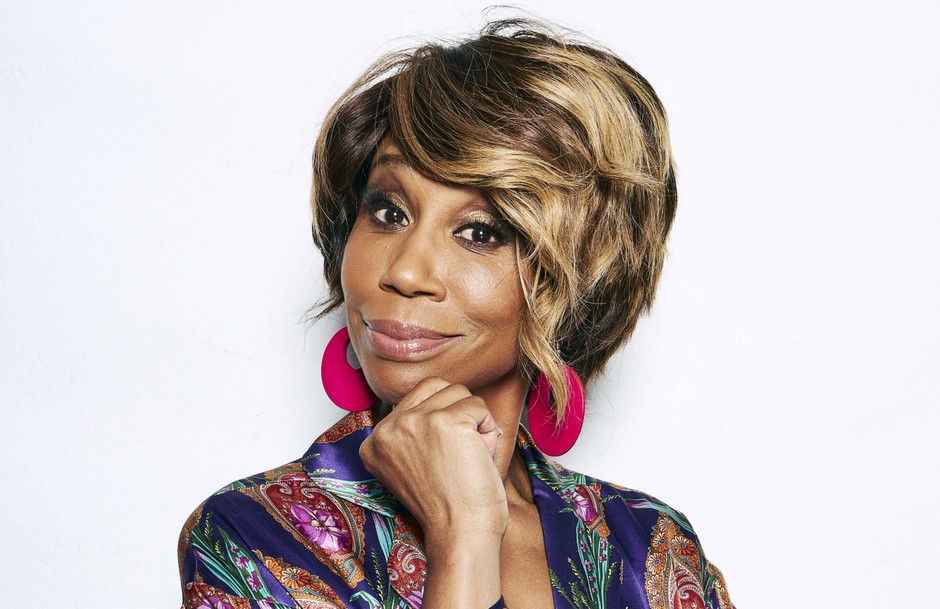 This automatically put her and pro partner Łukasz Różycki into the skate off.

They then had to take on Lucrezia and her partner Brendyn Hatfield, who got the lowest score in week two.

Although Trisha managed to stay on her feet this time, the judges all chose to save Lucrezia.

After skating to Heather Small's Proud a tearful Trisha said: "I'm just glad I could do. I've been supported online by a lot of other cancer sufferers."

Trisha confirmed her stint on Dancing on Ice during a live appearance on good Morning Britain.

Why did Michael Barrymore quit Dancing On Ice?

Caprice Bourret said she’s quit for her mental health after a huge bust up with her original skating partner Hamish Gaman.

The former model, 48, parted ways with Hamish in the second week of the ITV show and was partnered with Swiss figure skater Oscar Peters.

However, after struggling to cope with the fall-out, Caprice last night announced she had split.

In a statement, Caprice's team said: “It’s true that Caprice is no longer participating in Dancing On Ice. It’s been a hard few months and she’s had to keep silent for contractual reasons.

“Her mental wellbeing has been affected over the last two months and recent stories leaked to the press are not only salacious but extremely hurtful.

“Now she’s taking some time to recover and look after herself and her family.” 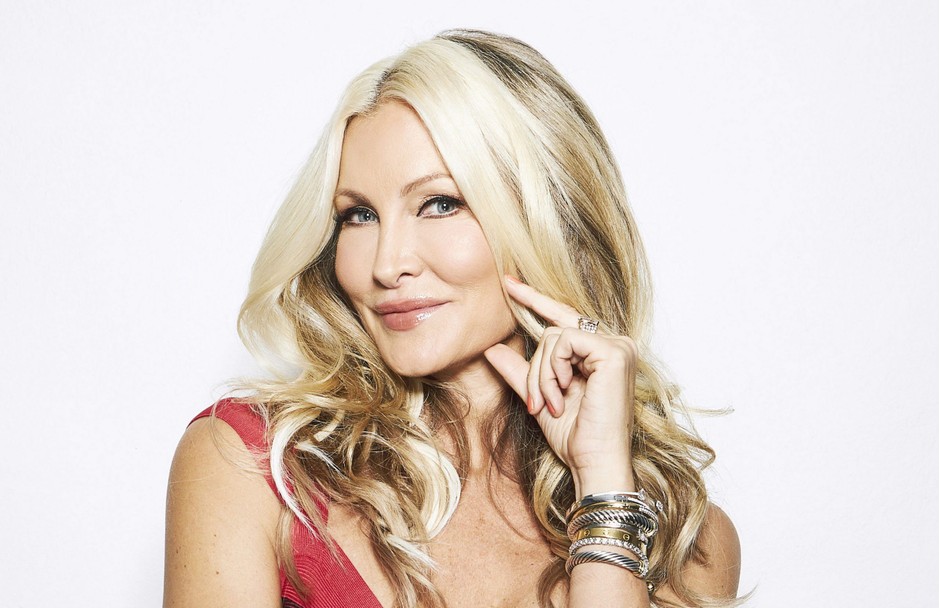 Why did Michael Barrymore quit Dancing On Ice?

On December 18, 2019, it was revealed that Michael was forced to pull out of Dancing On Ice due to a broken hand.

The funnyman has now been replaced by Blue Peter presenter Radzi Chinyanganya.

The injury happened when he fell in training, shattering a bone in his hand.

A  source said: "It's a real shame for Michael as he was hoping this would be his big comeback, but after his injury there is no way he could continue."

Before the accident a show source praised the veteran funnyman.

They told The Sun Online: "Michael Barrymore is one of the sweetest men. He is so lovely. Really cool."