He hopes they get “puked out” soon 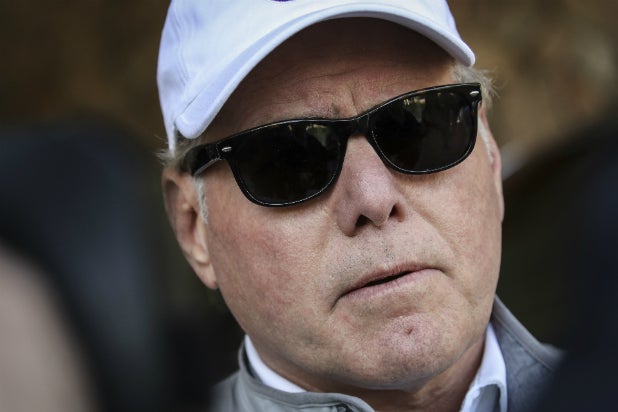 Zaslav said the current state of the skinny bundle is “depressing,” and he hopes those blasted RSNs get “puked out” soon.

Such a regurgitation might make the leftovers — ironically here the actual meat-and-potatoes of TV content — more attractive to most consumers. It would definitely make cable service more affordable.

“A skinny bundle is not ‘skinny’ if it’s $40 or $50 [per month],” Zaslav said Tuesday morning at Goldman Sachs’ 28th annual Communacopia Conference.

“The real issue that we have is there’s too much stuff that’s being leveraged into this so-called ‘skinny bundle,’” he said. “There is no such thing as a skinny bundle with a regional sports network that costs $10. That’s just a slam-in, and unfortunately, some of those bigger players have enough leverage to force those in.”

This isn’t the future Zaslav envisioned. But he hasn’t lost hope just yet — after all, skinny bundles are wildly popular outside of the U.S., where Discovery channels are also wildly popular.

“Regional sports may get puked out because it’s very expensive, viewership is low and it may have tipped over,” Zaslav said. “If that happened, that would be a good thing for the ecosystem.”

“I believe it’s gonna break,” Zaslav said. “Consumers are gonna say ‘What the…’ And they’re saying that already. They’re saying it with their feet and with their pocketbook.” The executive was clearly referencing the increasing numbers of cord-cutters nationwide.

In addition to the actual Discovery Channel, the Zaslav-led media giant owns HGTV, Food Network, ID, TLC and History, to name just a few of its numerous cable networks.