Before she and Prince Charles tied the knot, Camilla was married to Andrew Parker Bowles.

The pair dated for years before getting hitched in 1973, but Andrew reportedly had multiple affairs while they were together and one was said to be with Charles’ sister, Princess Anne. It’s actually been claimed that the reason Camilla began dating the prince is because Andrew was romantically involved with his sibling. Here’s the story behind this royal love triangle. 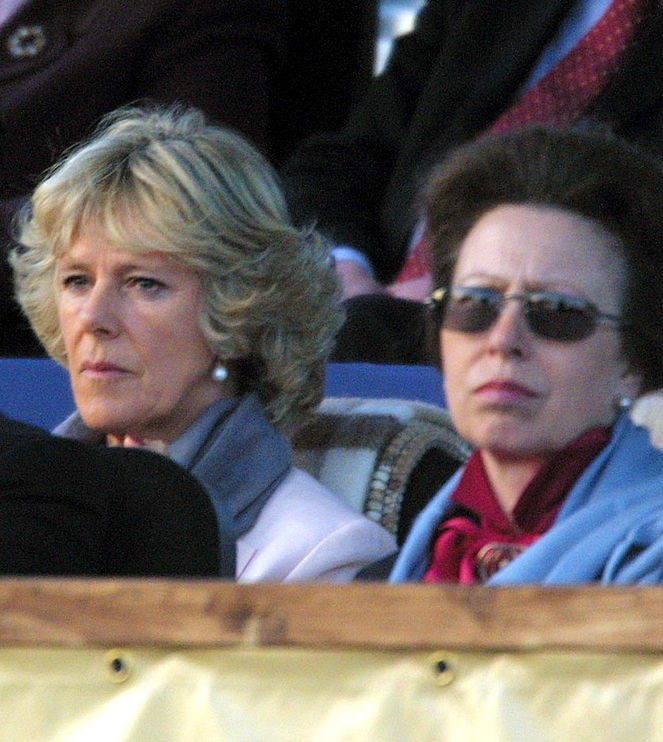 Anne and Andrew knew one another since they were children because his parents, Derek Parker Bowles and Ann de Trafford, were good friends with the Queen Mother. Andrew was also a member of Prince Charles’ polo team.

Andrew met Camilla in 1965 at her debutante party and their relationship started then. After they were married, Andrew is believed to have had several extramarital affairs but his unfaithful ways may have started before they were even married.

Anne and Andrew had an affair?

According to royal commentator Angela Mollard, one of the women he was with behind Camilla’s back while they dating was the Princess Royal.

“It was well-known that Andrew Parker Bowles had multiple lovers. When Charles and Camilla reignited their relationship some years into his marriage with Diana, he was forever known as the man who laid his wife down for the country,” Mollard said. “This is really funny. Princess Anne, who we always think is the grumpy one with the bun — she had an affair with Andrew. There was a royal triangle going on.”

Royal biographer, Penny Juror, agreed and claimed that their affair was the reason why Camilla struck up a romance with Prince Charles in the place.

“So when she was introduced to Charles and he thought she was pretty special … he thought she was a bit of alright and she thought ‘Andrew is at the moment off with Princess Anne, you know her brother, teach Andrew a lesson’. So she had a fling with Charles,” Juror explained.

Affair or no affair, Andrew has remained friendly with both his ex-wife and Anne to this day.

Following his divorce from Camilla in 1995, Andrew married Rosemary Pitman and attended Charles and Camilla’s nuptials in 2005.

Anne meanwhile wed Captain Mark Phillips, an Olympic equestrian and retired military officer, in 1973. The pair ended up divorcing in 1992 but had two children together — a son, Peter, in 1977 and a daughter, Zara, four years later. Andrew is actually Zara’s godfather.

Royal writer Phil Dampier spoke about the princess’ tight relationship with Andrew even now and called him “her first love.”

“You see them together at Royal Ascot every year and they are best friends,” Dampier said. “He was her first love and their bond goes very deep. It was a weird royal set-up which Diana went into not realizing the depth of the relationships.”

Read more: How Old Is Prince Charles’ Sister Princess Anne and How Many Times Has She Been Married?