With Andrew ‘Freddie’ Flintoff and AJ Odudu at the helm of the ITV show, two teams of celebrities went head to head take on an almighty challenge on the water. The likes of The Chase’s Shaun Wallace, former Labour deputy Tom Watson and Love Island’s Jack Fincham were tasked with rowing approximately 100 miles in order to beat their opposition. However, the graphic scenes of “puking and s*****g” led to some viewers turning off.

The extreme nature of the challenge soon caught up with the Don’t Rock the Boat stars with Craig Charles the first to exhibit its side effects.

The Red Dwarf star found himself vomiting within the first hour of the challenge, with the physical exertion also turning his stomach at the other end too.

Jodie Kidd quipped it was impressive Craig was “puking and s*****g” so soon but he wasn’t the only one who became overwhelmed with the challenge.

Pussycat Dolls singer Kimberly Wyatt also found herself puking over the side of the boat. 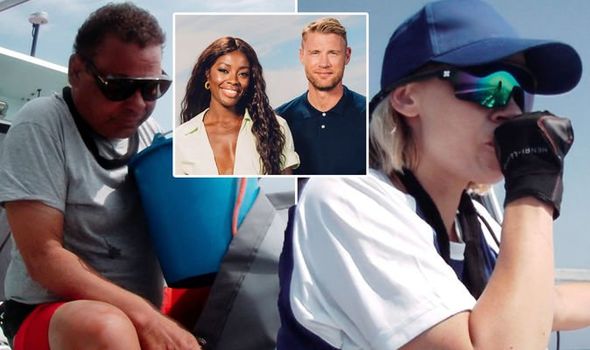 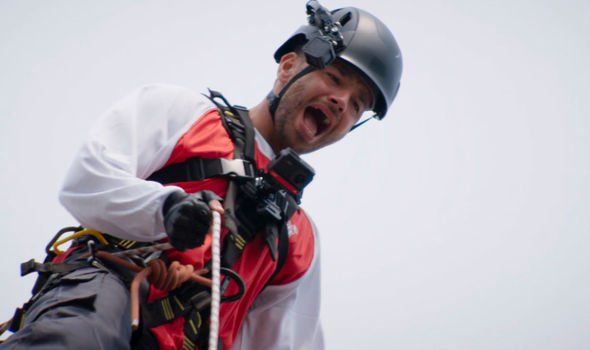 And Olympian Victoria Pendleton sparked concern when she had to be taken onto a support boat after feeling faint.

ITV viewers watched as Victoria collapsed and had to receive urgent medical attention.

While the celebs lived out the horrendous looking scenes on-screen, it led to some watching at home to turn off altogether. 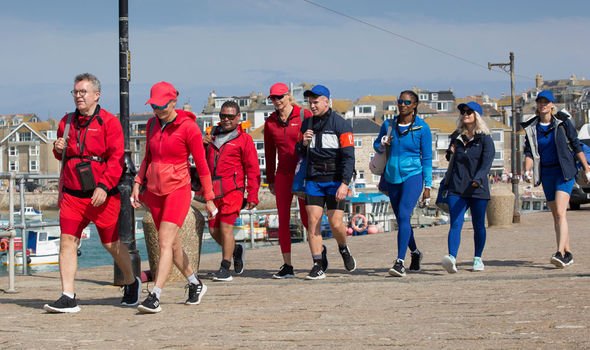 “So this is literally gonna be people puking for the next hour? I’m out #dontrocktheboat,” said one viewer on Twitter.

A second echoed: “Had to turn off #DontRockTheBoat as can’t watch people spewing and splattering the whole episode. @ITV it could be good but can’t face it .”

While a third suggested: “Wish they would give a warning for the puking scenes #DontRockTheBoat.”

“Picked a bad night to have my tea later and watch tv…[sick emoji] #DontRockTheBoat,” said another, with a fifth adding: “Just what I need to see on a Monday. Craig Charles puking n s******g on a boat. The brownie I just ate has not settled well.