The original 1941 animation, though of course an all-time classic, doesn’t feel as iconic in the grand scheme of the Disney canon as, say, Aladdin and The Lion King (also both getting CGI-heavy live-action releases this year). But the key difference here is that Tim Burton’s version of Dumbo is not technically a remake: while the likes of 2017’s Beauty And The Beast were essentially just expensive copy-and-paste jobs, this provides a new story and new characters; taking inspiration from the original rather than replicating it. The result is a wholesome, endearing effort that – while nowhere near as affecting as its source material – just about succeeds in its own right.

After a Railway Children-style reunion with his kids, we join Colin Farrell’s Holt Farrier as he returns from war and gets back to work on Max Medici’s (Danny DeVito) struggling circus – specifically looking after a newborn elephant whose ears are making him a laughing stock.

But when Holt’s kids (Nico Parker and Finley Hobbins) realise the animal can fly, the circus enjoys a fresh wave of success; and soon a swanky entrepreneur by the name of V. A. Vandevere (Michael Keaton) swoops in, offering to join forces with Medici and make Dumbo a star.

It won’t be a massive shock to learn that Vandevere quickly emerges as the film’s villain, or that his apparent ally, trapeze artist Colette (Eva Green) is more sympathetic than she first appears.

But despite its predictable story and generally unchallenging nature (it certainly feels more bloated than its 1941 blueprint), the film is incredibly hard to dislike. 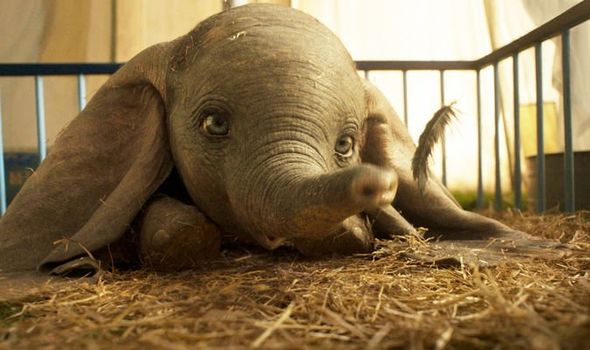 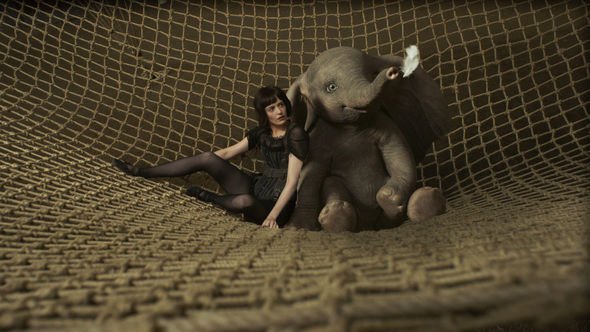 The human cast has a lot of fun; particularly Keaton as the campy villain and DeVito as the grouchy ringleader. It’s also great to see emerging talent like Sharon Rooney (My Mad Fat Diary, Two Doors Down) in a big-budget Disney flick.

But the star of the show is, of course, the little CGI elephant himself.

This Dumbo will break your heart again and again; whether he’s pining for his mother, struggling in front of a packed circus audience or just mucking about with a loose feather.

It’s a credit to Burton and his VFX team that – even though we know the chances of an unhappy ending are incredibly slim – the fiery final showdown is still breathtakingly exhilarating as Dumbo and his circus friends fight for his freedom. 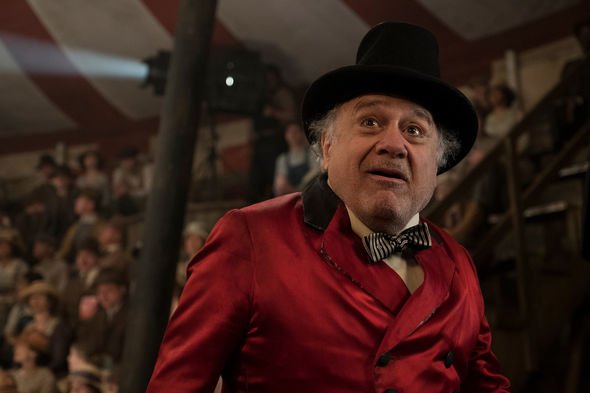 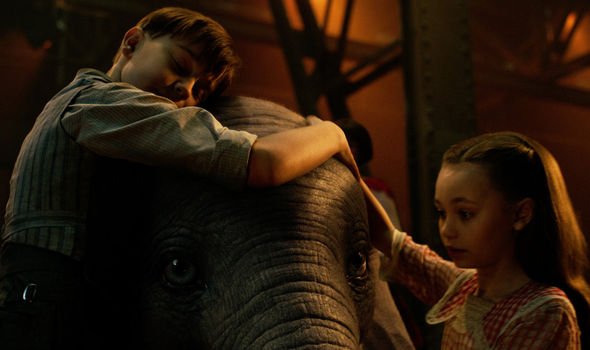 In such a huge year for Disney – in which Frozen 2, Star Wars 9, Avengers: Endgame, Toy Story 4 and The Lion King are just a few of the juggernauts on the calendar – there’s a danger Dumbo will be forgotten about far too quickly; but for what it’s worth, this pro-animal-wellfare tale of a group of misfits being swallowed up by a huge establishment (and then trying to break free from it) is great fun for all ages, and possibly one of Disney’s best live-action retellings to date.

And in a springtime market swamped by weak animations like Wonder Park and superhero blockbusters Shazam! and Avengers, it provides a charming and heartfelt alternative for audiences of all ages in the run-up to Easter.