Dylan O’Brien goes on a mind-bending odyssey in the upcoming thriller Flashback, and ET is exclusively debuting the trailer. “I’m excited for this film to finally be out in the world,” he tells ET. “It’s trippy, but incredibly human. I think the emotional depth of the story will surprise people.”

O’Brien plays Fredrick Fitzell, who is living his best life until he starts having unexplainable visions of a former classmate, Cindy (Maika Monroe), who vanished in high school. “I don’t want to be like them, locked in a prison that they forgot that they’re in,” she warns Fred in the preview.

To stop the visions and finally find out what happened to Cindy, Fredrick takes a trippy journey through his own memories via a mystery drug called Mercury. Watch the trailer above.

“The film doesn’t fit into any easy to describe genre box. It’s part psychological thriller, part drama, part horror, part coming-of-age story,” writer-director Christopher MacBride says. “I think it makes people uneasy when they can’t figure out what label to slap on something… But those are the kind of movies I like. When you can’t find a label for something, it’s usually because it’s something original.”

That’s all MacBride wants you to know about Flashback before you see it. “I always love the idea of people seeing this film who know nothing about it ahead of time,” he says. But if you are a fan of O’Brien, know you’re in for something special. “One of the things that excites me most about this film is people finally getting to see how good Dylan is in it. He gives an incredible performance. I can’t wait for people to see what I saw him do on set.”

Flashback is in select theaters and available everywhere you rent movies on June 4 and arrives on Blu-ray and DVD on June 8. 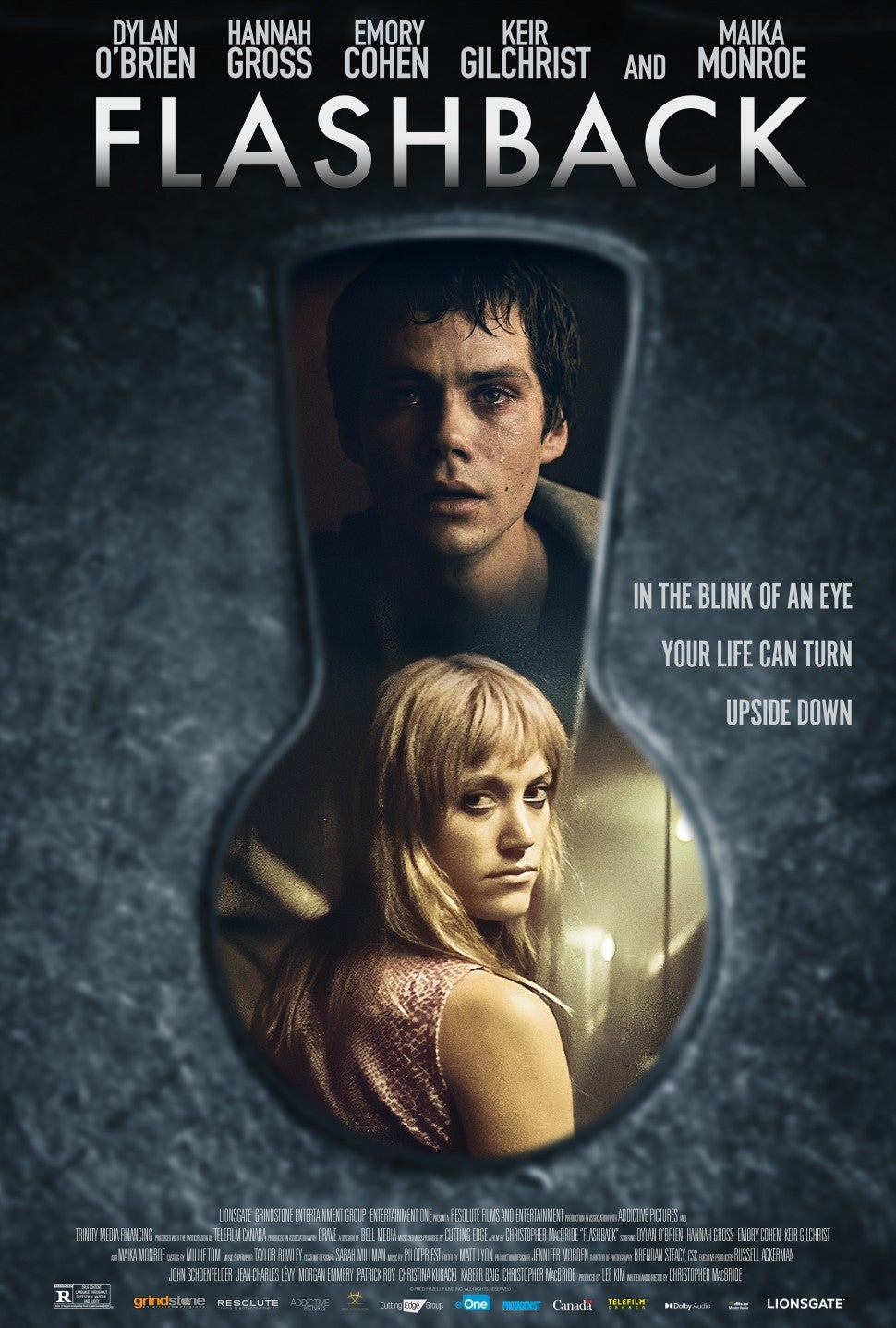