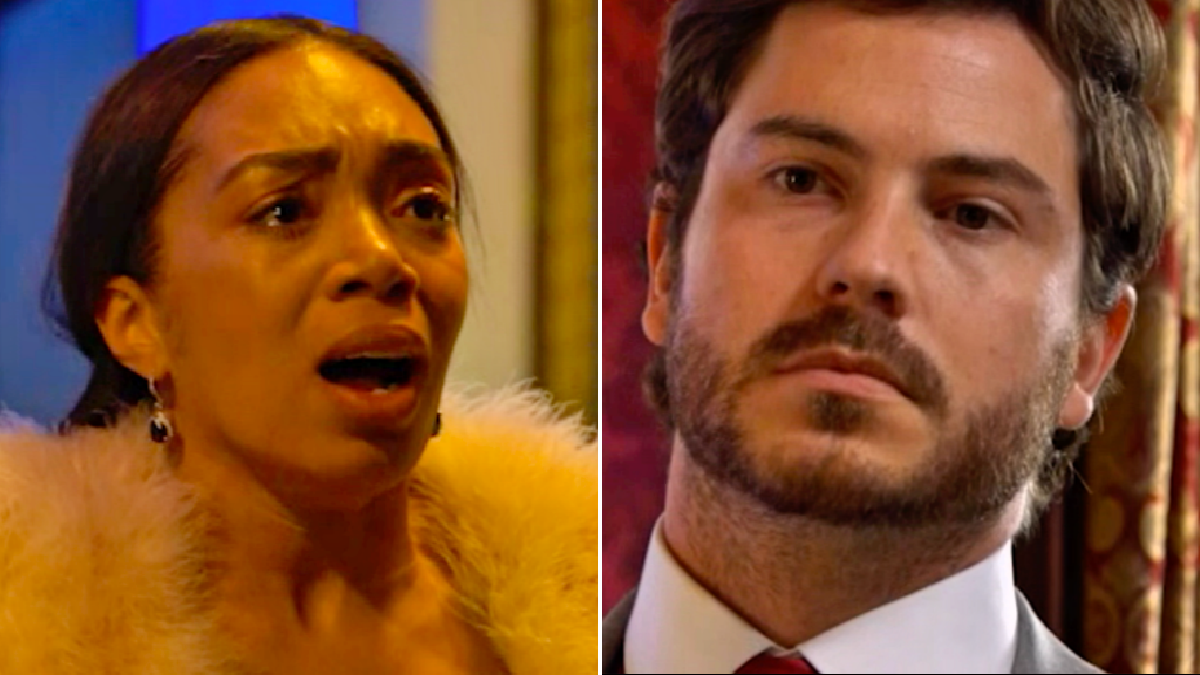 Chelsea Fox (Zaraah Abrahams) was horrified in EastEnders to discover that Whitney Dean’s (Shona McGarty) claims about Gray Atkins (Toby-Alexander Smith) were true, moments after tying the knot with the killer.

The former influencer was delighted at the prospect of marrying Gray, but her special day took quite the turn when Whitney rocked up on her doorstep, pleading for her to stop the wedding.

Chelsea demanded that she explain why, prompting Whitney to tell her that she and Kheerat Panesar (Jaz Deol) have reason to believe her groom-to-be murdered wife Chantelle (Jessica Plummer).

The revelation rendered Chelsea speechless. Gray, meanwhile, was desperate to find out why his bride-to-be had failed to turn up for the ceremony, and when he learned Whitney was to blame, he set off for Walford to do some damage control.

Chelsea confronted him, explaining that she cannot marry him, and Gray – putting two and two together and coming up with the wrong answer – believed her change of mind was a result of Whitney ‘trying it on’ with him earlier that very day.

Seething, Chelsea came to believe that Whitney had lied to her about Gray’s murderous past as a method of stopping the wedding so that she could have him to herself.

Therefore, the wedding went ahead!

Whitney, meanwhile, was horrified to learn that the vows had been exchanged, and when Chelsea kicked her out of the pub, she was left with little choice but to send her screenshots of the posts Chantelle had made on the forum.

Chelsea’s smile faded as she read through the comments, realising that Whitney had been telling the truth this whole time!

She exited the pub, where she found Whitney and Kheerat in the middle of a heated exchange, and she headed over, revealing that she fully believes that Gray is a killer now.

Will Chelsea get away from killer Gray before it’s too late? What’s more, will Whitney and Kheerat assist?

EastEnders continues Boxing Day at 10pm on BBC One.