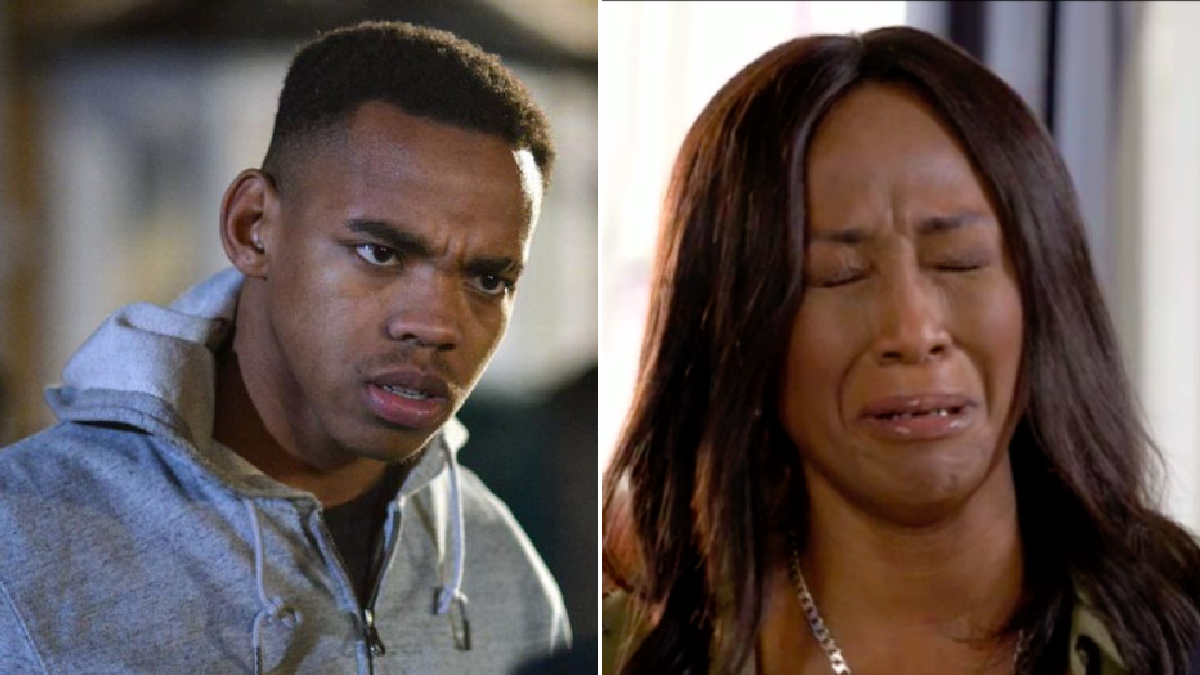 EastEnders has confirmed that Lucas Johnson’s (Don Gilet) son Jordan is dead, after a drug overdose.

Denise Fox (Diane Parish) invited Lucas over for a chat, in order to try and work out what game he’s playing.

She berated the killer for getting in touch with Chelsea (Zaraah Abrahams), branding her the more ‘vulnerable’ of his children.

When she enquired about Jordan, however, she was left in shock to discover that the young man is dead.

Naturally, Denise thought Lucas had murdered him, but the killer defended himself.

Viewers will remember Jordan appeared between 2008 and 2010, with actor Michael-Joel David Stuart portraying the character.

Jordan returned in 2016 — with actor Joivan Wade taking over the role — when Denise learned that her address has been given by someone who’d been arrested and was in police custody.

That someone, of course, was Jordan, and it soon came to light that he had a son, named JJ.

Since his departure from EastEnders, Joivan went on to star in The First Purge, and currently stars as Victor Stone — aka Cyborg — in DC’s Doom Patrol.

EastEnders continues Friday January 29 at 8:05pm on BBC One.