The Queen Vic landlady – who is played by actress Kellie Bright in the BBC soap – dropped the bombshell earlier this week after she had a scan at the hospital. 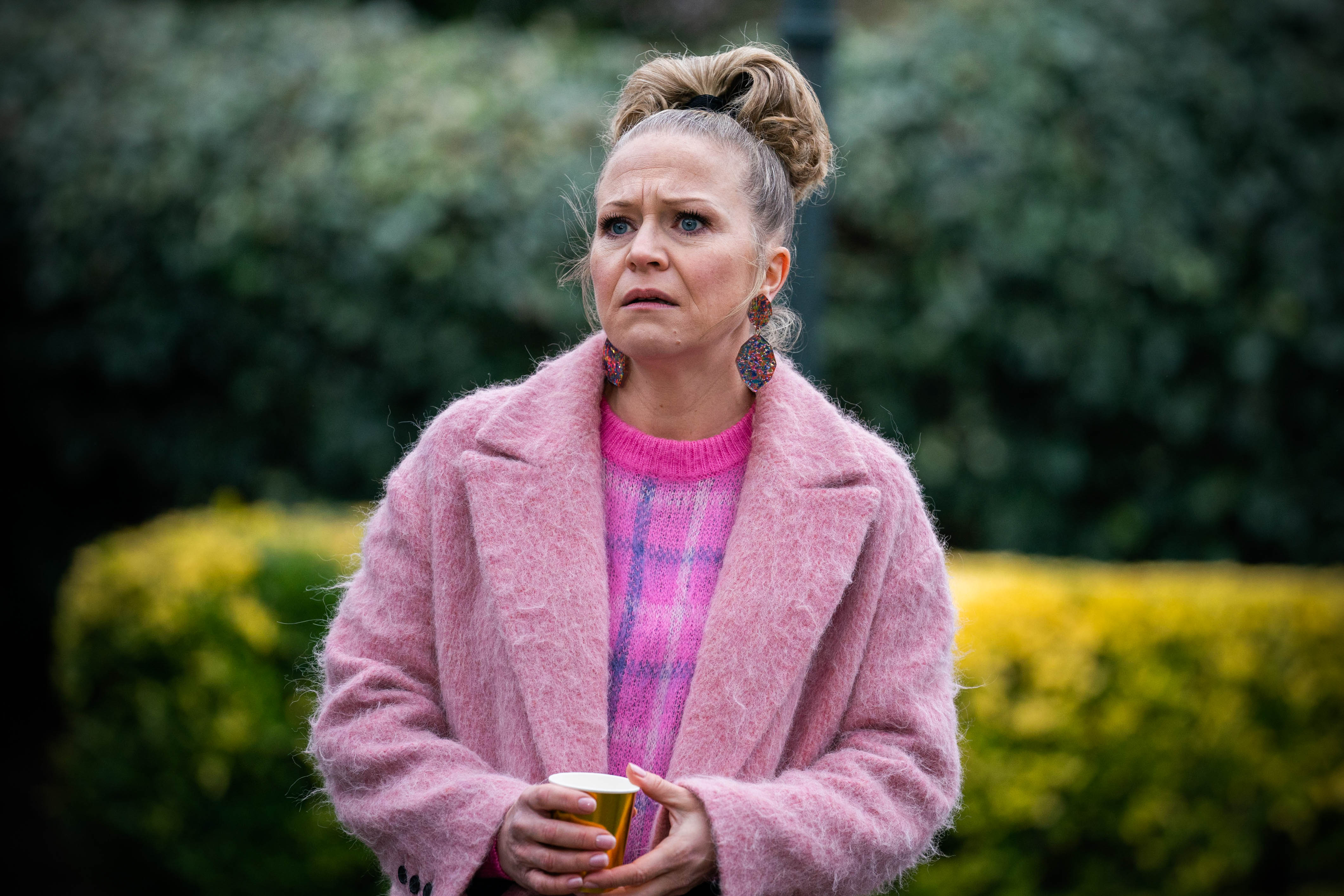 Linda found out that she was five months pregnant with Max Branning's child, following their fling at the end of last year.

BBC One viewers have speculated that the recovering alcoholic will not keep the baby, suggesting that Rainie and Stuart Highway will adopt her unborn child.

One fan wrote: "I’m wondering if Linda has the baby and she doesn’t want the child wonder if Rainie and Stuart will adopt the child? #EastEnders."

Another posted: "Linda will have the baby, Rainie and Stuart will adopt it. #Eastenders." 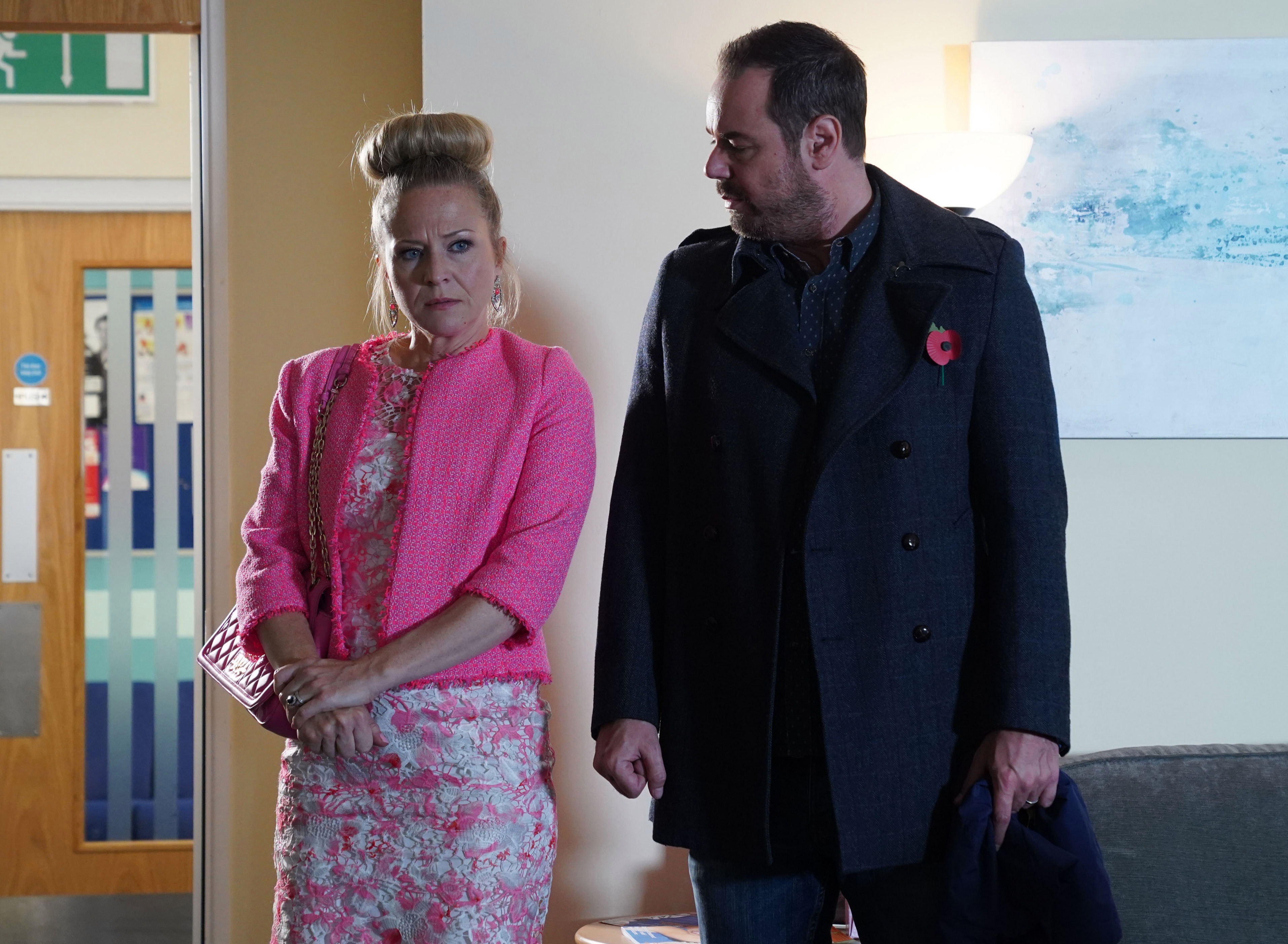 A third added: "I reckon Linda will give her child to Stuart and Rainie #eastenders."

A fourth added: "I wonder if Linda will give Rainie the baby #eastenders."

One viewer urged Linda to not give her baby away to the funeral directors, writing: "Linda give that baby to Rainie and Stu? I bloody hope not she can't be that stupid..! #Eastenders."

Viewers were left gutted for Mick who was soon brought down to earth with a thump when Linda revealed just how far she is along – and that it can’t be his child. 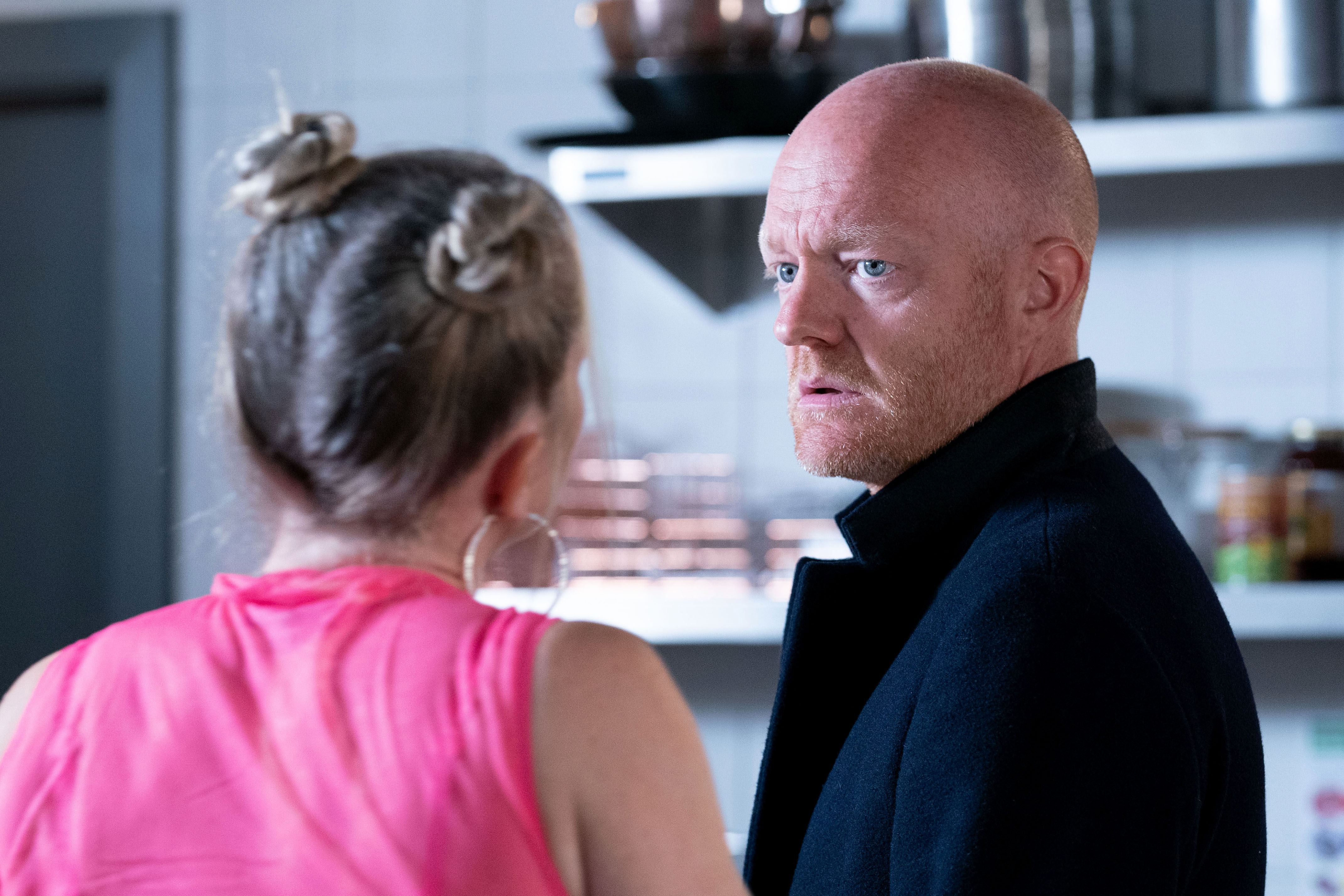 On Tuesday's Linda had caused chaos by cancelling her daughter Nancy’s doctor’s appointment for her sterilisation.

She visited the hospital to try and convince the consultant not to operate, despite her unhinged behaviour, the doctor helped her and got her a scan – which showed her to be five months pregnant.

Returning home Linda clashed with daughter Nancy who stormed out – and Linda began moaning to Mick.

“I only ever tried to be a good mum, but look where it's got me,” she said before dropping a hint at what else was in store. 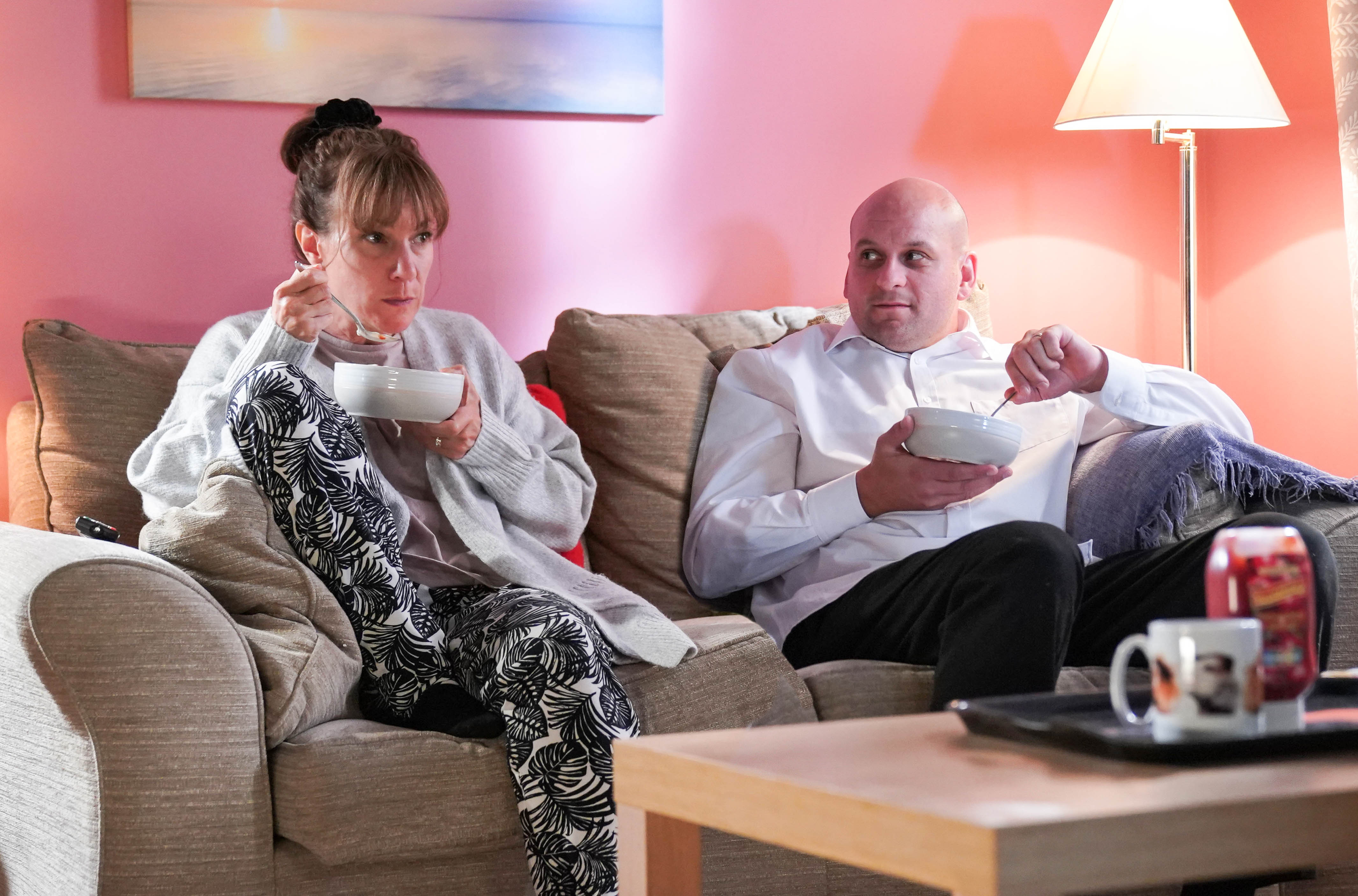 She said: “Maybe next time I'll get it right, eh?”

Mick replied: “What do you mean next time? What a baby? That's amazing.

“This is what we need, it's like a fresh start for us. Another little Carter on the firm, Ollie will have a little mate…”

But as he burst with excitement, Linda broke the bad news – that it isn’t his baby – it’s Max Branning’s.

“I had a scan at that hospital,” she said adding: “I’m five months pregnant, Mick. It's not yours.” 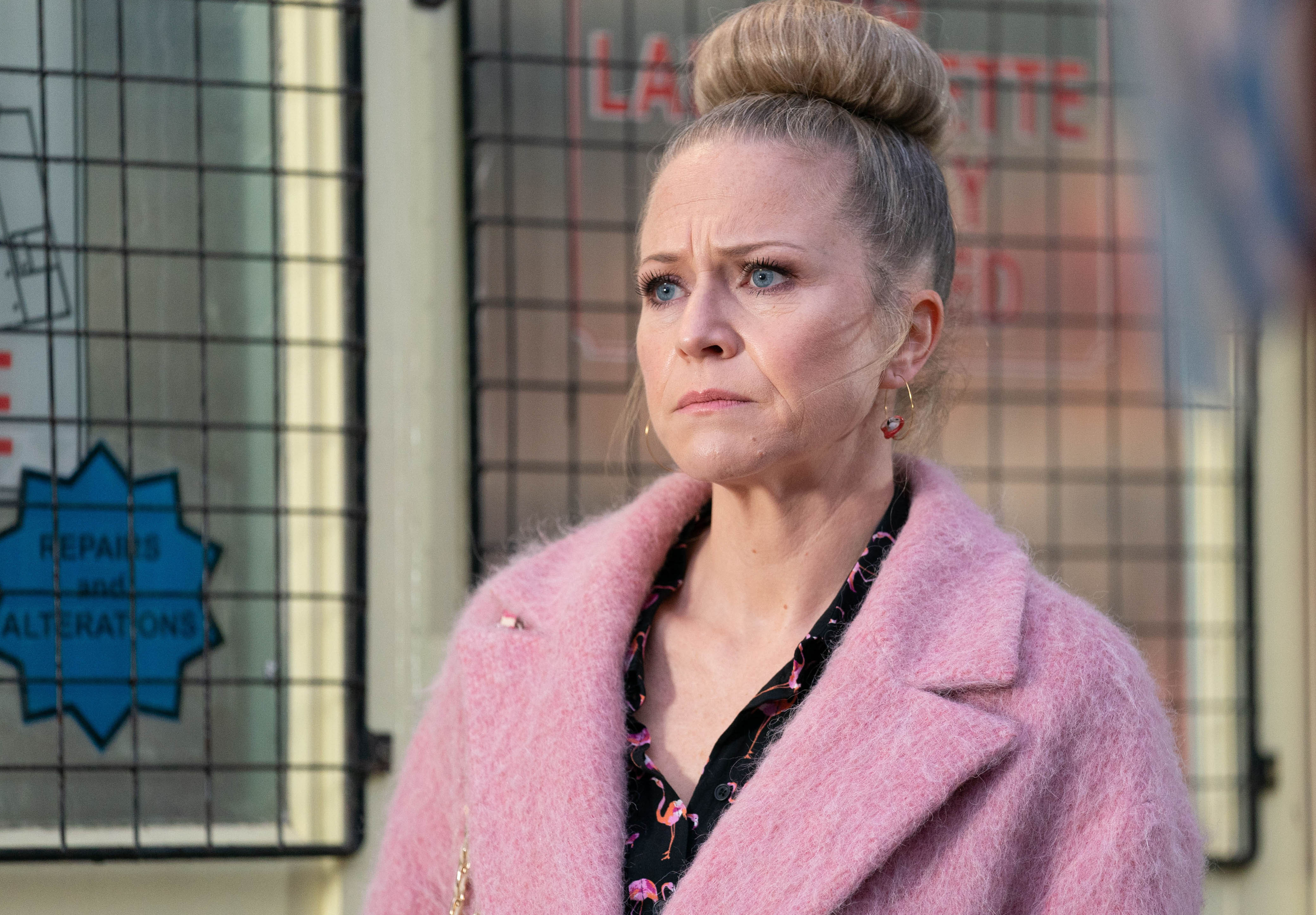 Several viewers were shocked by the latest twist admitting they didn't see it coming, with one writing: "Linda is preggers and the baby is Max's #EastEnders"

Another added: "WHAT??? Linda pregnant by Max?? Did not see that coming."

EastEnders continues tonight on BBC One.