The 41-year-old actor, who plays the role of Mick Carter in the BBC One soap, gave viewers an eyeful when he appeared topless in the first scene of the programme. 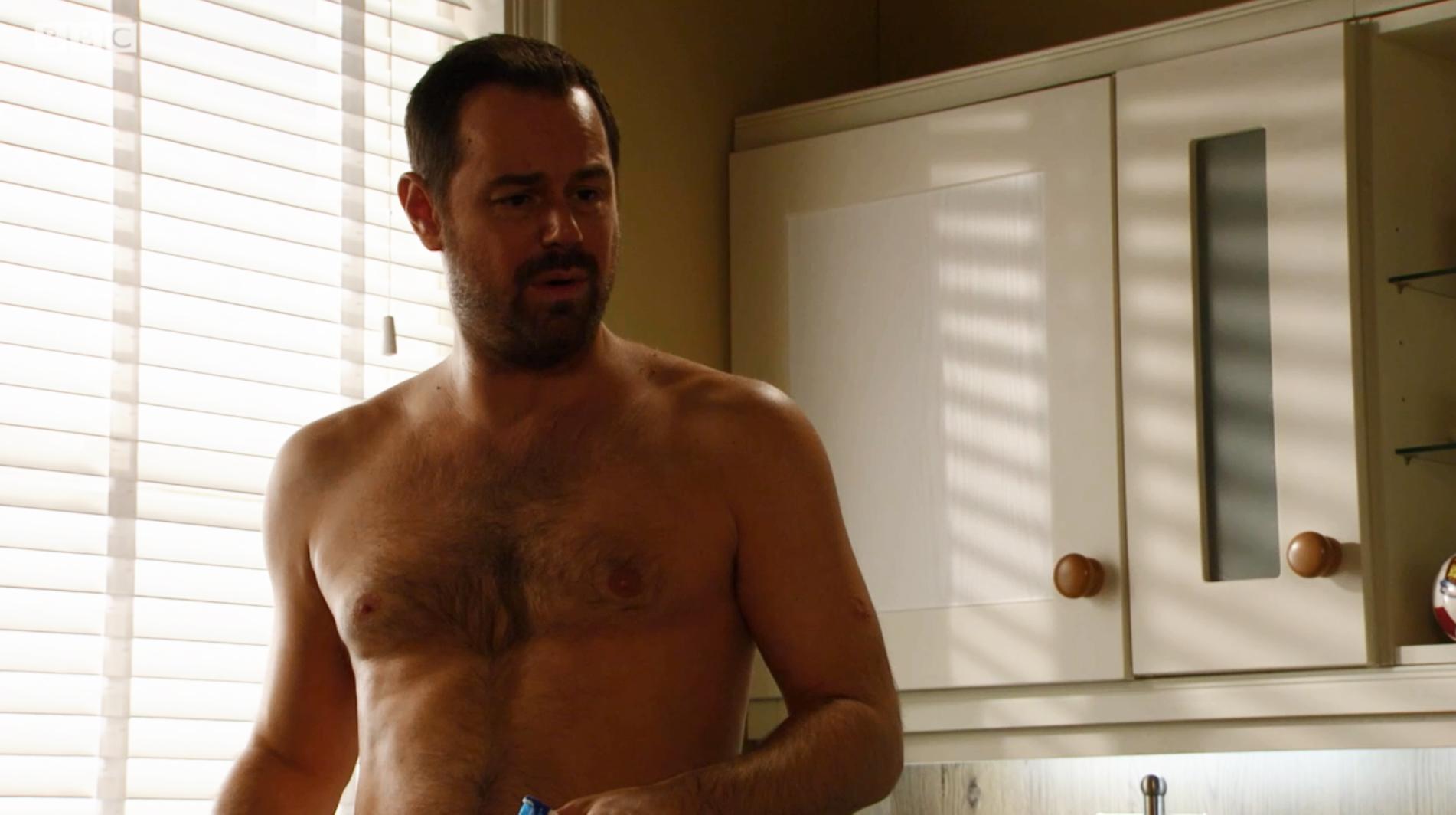 The Londoner emerged fresh out the shower bearing his hairy chest and toned pecs in the episode, before he ventured into the Queen Vic's kitchen with his mother Shirley (Linda Henry) and wife Linda (Kellie Bright).

Mick can be seen brushing his teeth with just a towel wrapped around his waist, before he speaks to Tamwar on the phone.

When quizzed about his phone conversation, Mick jokes about his nudity. 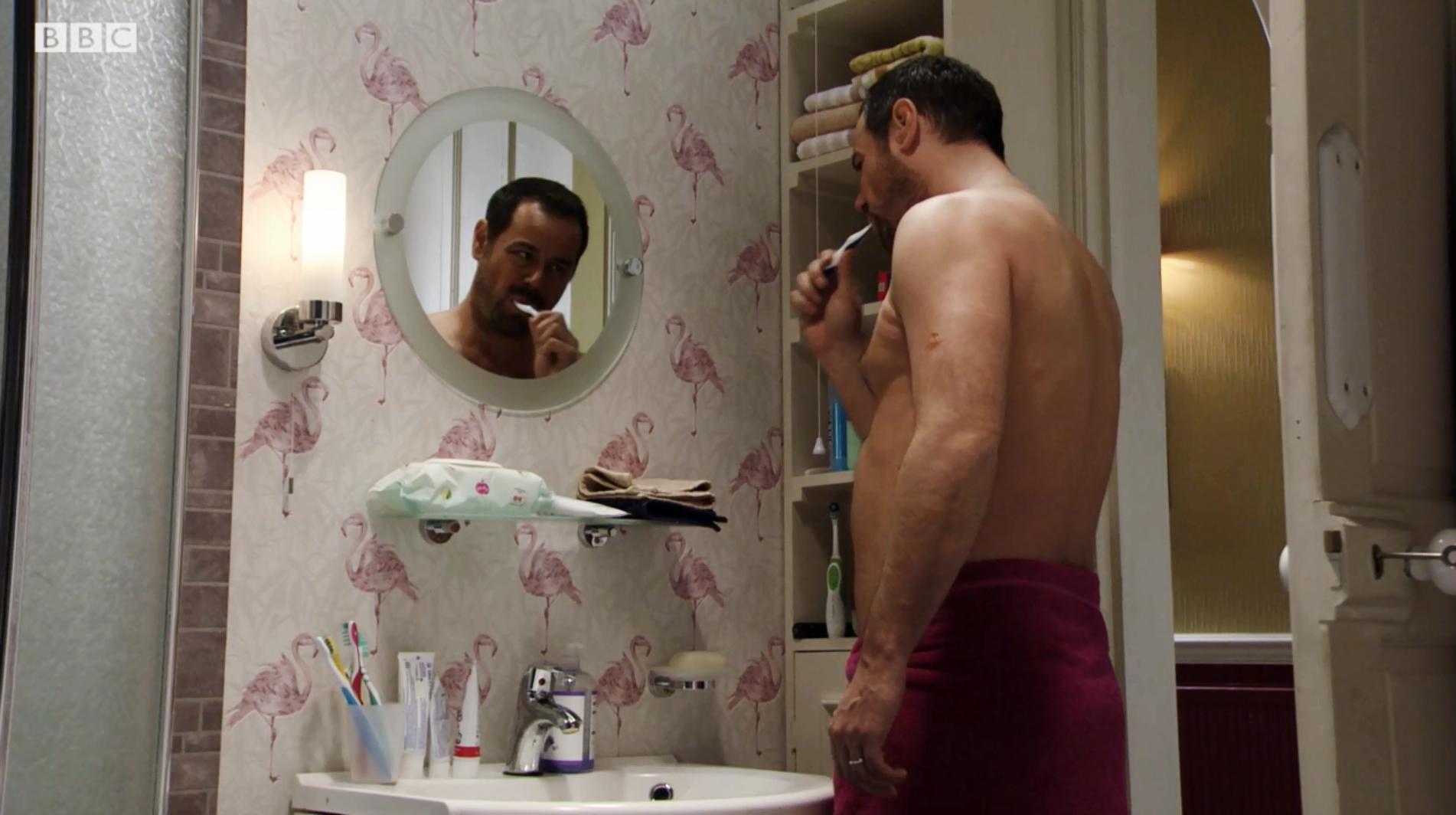 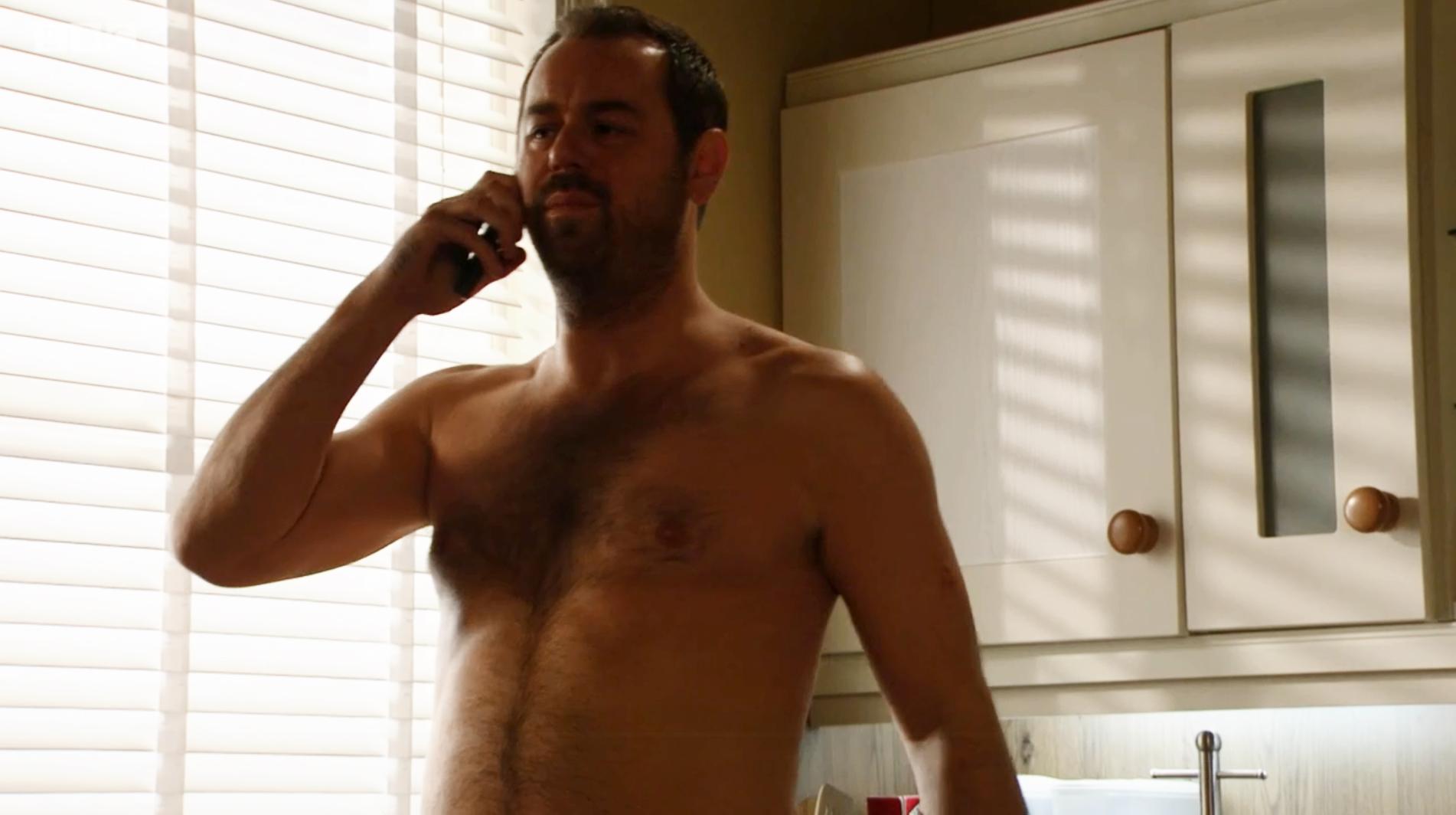 The scene did not go unnoticed, and neither did Danny's abs, as viewers flocked to social media to swoon over Love Island winner Dani Dyer's dad.

One tweeted: "Mick Carter in a towel definitely improves any EE episode #EastEnders."

Another gushed: "Turned on for the first time in weeks and it's Mick in a towel, glad to see they know what Danny Dyer's strength is."

A third wrote: "Mick has a gorgeous body! Mmm yummy.” 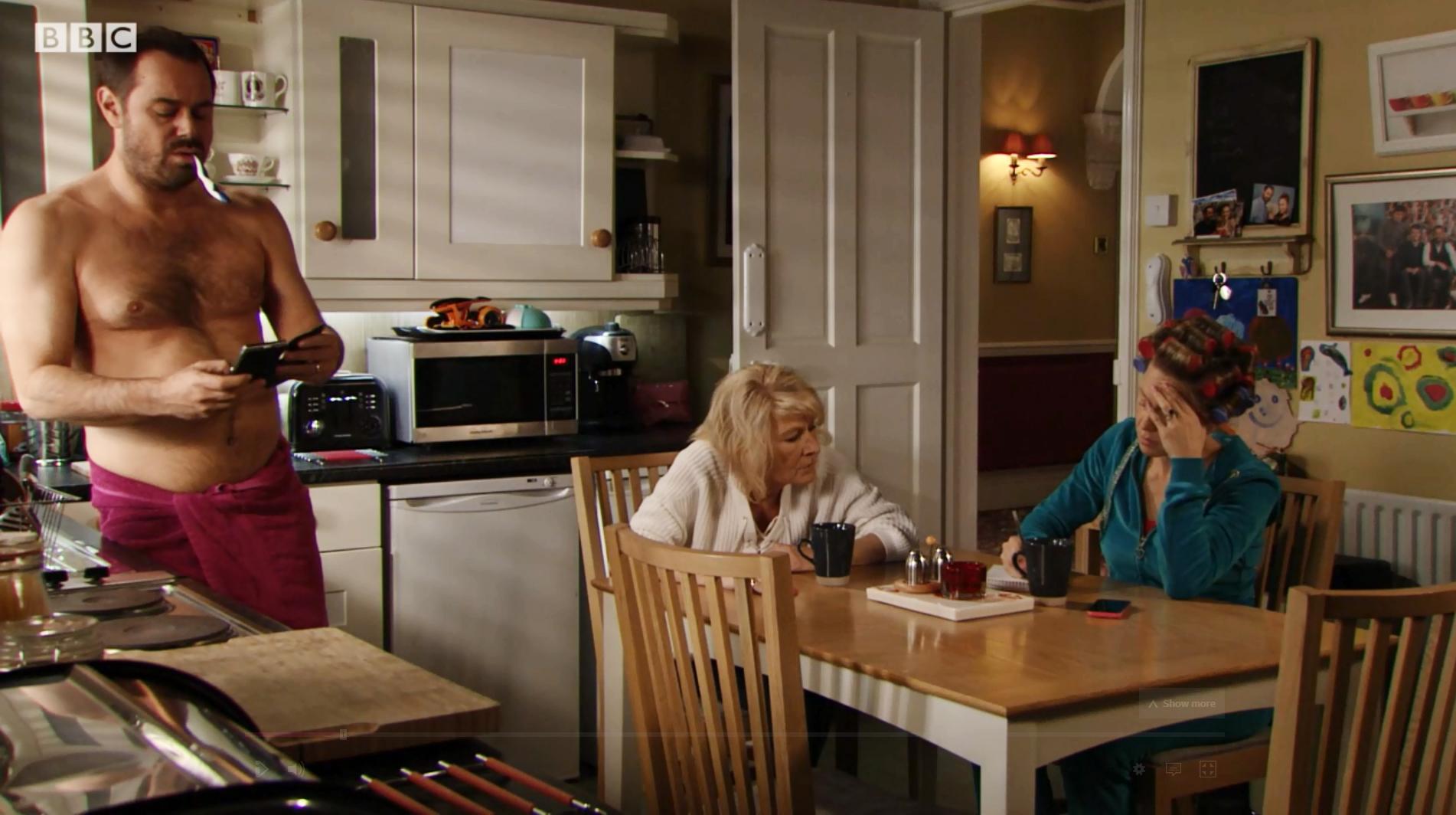 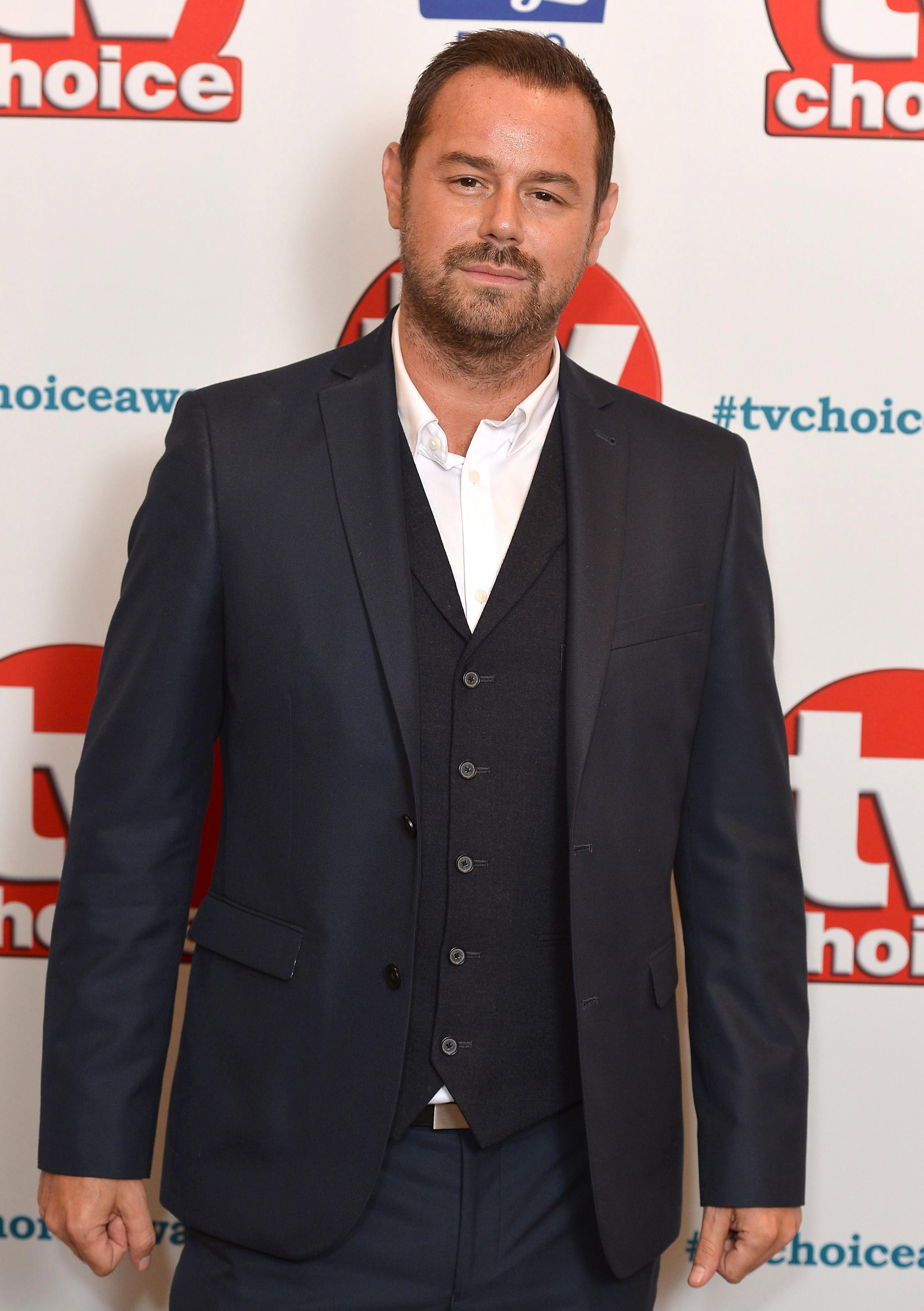 This comes shortly after Tamwar asked for Mick's consent to marry Nancy.

Mick initially joked he would not let his daughter – played by Maddy Hill – wed the member of the Masood family.

He said: "Bit late now, innit? You’ve already asked her. This ain’t proper. You should have jumped on a plane, come and seen me man to man. That’s my daughter. I decide who she’s going to marry. Do you understand me?"

Before he added: "I’m joking! I’m winding you up! Welcome to the family, son."