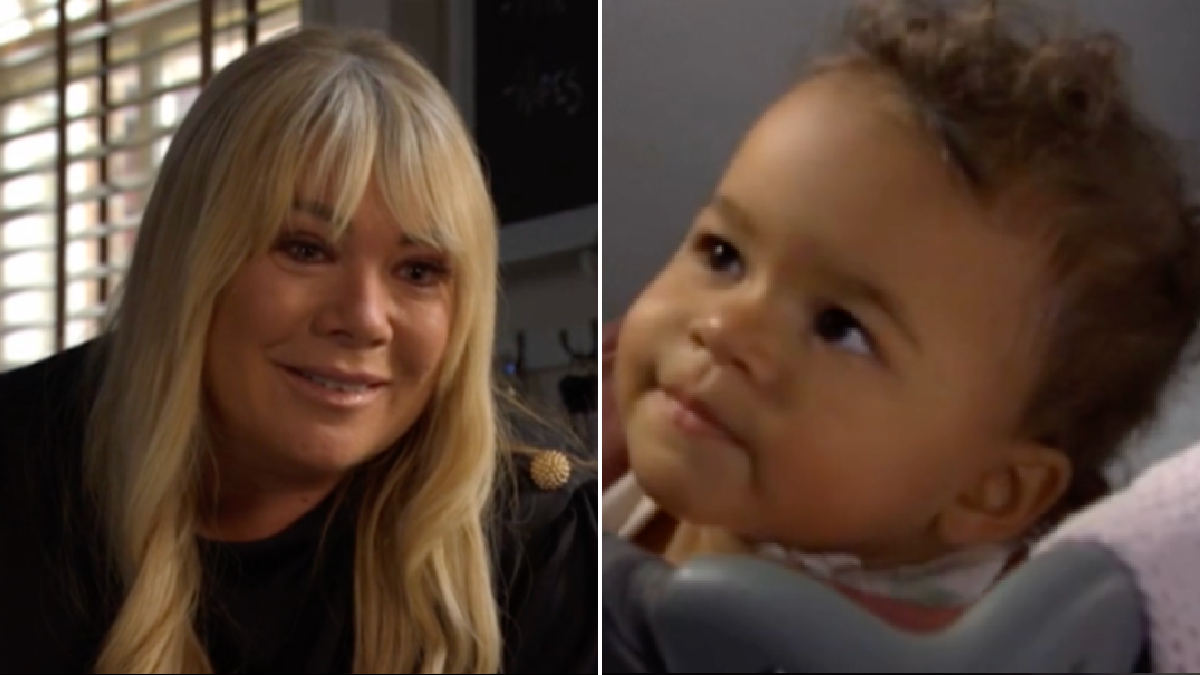 Sharon Watts (Letitia Dean) had a huge decision to make in EastEnders, in the wake of discovering Dennis Rickman (Bleu Landau) had fathered a child prior to his death.

The soap legend was stunned earlier this week when Jada Lennox (Kesley Calladine-Smith) popped up on her doorstep to drop the bombshell.

Sharon did not believe Jada’s claims, but Jada refused to be called a liar, reiterating that Alyssa is Dennis’, before telling Sharon that Dennis thought she was ‘disgusting’ after she slept with Keanu Taylor (Danny Walters).

Zack Hudson (James Farrar) was desperate to make Sharon reconsider, after she decided that Alyssa would be going into care, and thus he called Kathy Beale (Gillian Taylforth) for advice, hoping she could change Sharon’s mind.

Kathy had a word with Sharon, instructing her not to miss out on her second chance, asking her to take care of Alyssa for Dennis.

Sharon kicked her out, but it was clear that Kathy’s words had registered with her, and thus she called Jada, hoping for another chat.

Jada popped by the gym, where Sharon asked her if she was absolutely sure she wanted to give her daughter to her.

Jada explained that she didn’t want to do so, but reiterated how she had no support.

Sharon therefore decided that she and Zack would raise Alyssa from this moment forwards, returning to her flat to relay the good news to both her brother and her granddaughter.

EastEnders continues Friday November 12 at 8:05pm on BBC One.