In scenes that aired on tonight’s EastEnders, Mick Carter (played by Danny Dyer) and his daughter Frankie Lewis (Rose Ayling-Ellis) got a moment to bond as he helped his daughter with her car. However, things took a turn when Mick was confronted by two of Frankie’s former schoolfriends who were taunting her about her mum, Katy Lewis (Simone Labhib). Mick, who was abused by his childhood carer Katy and fathered Frankie when he was 12, upset Frankie when he couldn’t even refer to her as his daughter.

At the beginning of the episode, Mick is showing Frankie where the oil goes in her car when he got a phone call from sexual violence advisor, Tom.

As Frankie picked up his phone to let him know that Tom was calling, in a panic, Mick instantly asked her to hang up the phone.

Frankie went on to joke that Mick “owed Tom some money,” although, Mick lashed out and accused Frankie of being “just like her mother”.

“Me being around must be a constant reminder,” she told him. 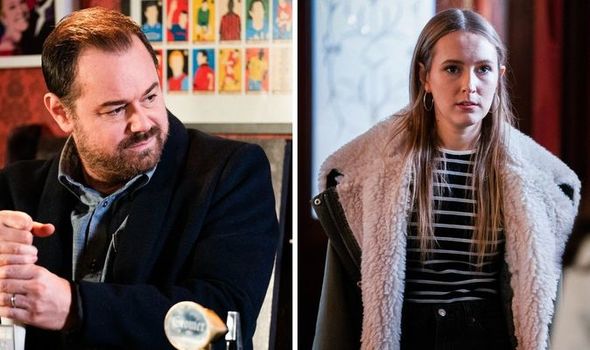 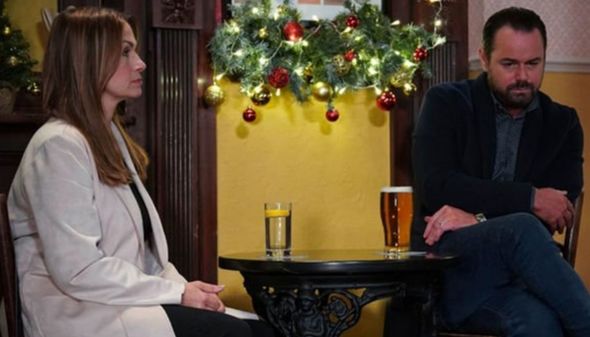 Shortly after, Mick felt guilty and apologised to Frankie as he said: “I’m sorry, I know you’re not like your mum.”

Mick then came clean about who it was calling him on the phone as he continued: “ISVA is not a foreign name, it’s ISVA, Independent Sexual Violence Advisor.

“It’s a metaphor, isn’t it? This Tom is a nice geezer and I don’t know if I want to be talking about my feelings to him.”

“Maybe you should,” Frankie suggested. 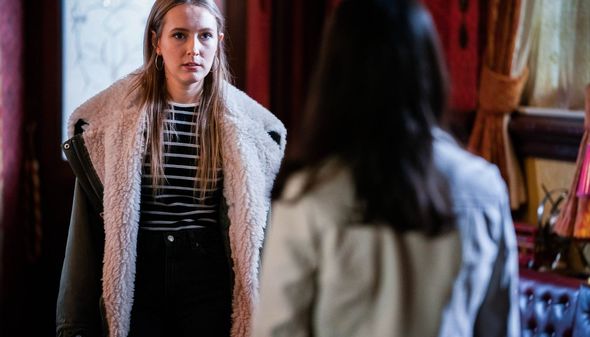 Later on, when the father and daughter go back to The Queen Vic, Frankie is taunted by two old schoolmates about her mum.

“Not surprised you moved out of your mum’s house,” Frankie’s schoolmate Alana said.

“Are you alright? It must have come as a shock, I mean, you didn’t know did you. How could you know your own mum was a paedo?”

Frankie had a great comeback as she replied: “You have not changed, have you? I mean apart from looking a bit old, take care.”

As the programme came to a close, Frankie’s schoolmates continued to taunt her in the pub.

After overhearing the conversation, Mick continued to get angrier. However, when he came to addressing who Frankie was to him, he couldn’t do it.

“I am not having you sit here, harassing my…staff,” he told them.

Alana continued: “Have you got any kids of your own? I’d be watching her around them.”

Although, when he went to find Frankie, she had disappeared.

“You come across these people all the time, you have to learn not to take no notice,” Mick explained to Frankie after the incident.

“I’m not just a member of your staff,” Frankie replied. “I get you don’t want to talk to your ISVA, I get the whole thing makes you feel gross and embarrassed.

“But I’m with you because I am the result. I am never going to be a real Carter, so why are you even trying?”

“Because, you’re…,” Mick trailed off.

“I’m your daughter, you can’t even say it can you?”

When Mick failed to answer his daughter, she stormed off, leaving him to gather his thoughts.

With Frankie clearly devastated at the prospect of never being accepted by her father, could she decide to exit Albert Square to avoid further heartbreak?

EastEnders returns on Thursday at 7.35pm on BBC One.