EastEnders has been exploring a harrowing domestic abuse storyline since early last year when the Atkins family arrived in Walford, and it’s been a long time coming before the truth surfaces. As viewers came to realise Gray (played by Toby-Alexander Smith) is a serial abuser of his wife Chantelle (Jessica Plummer), they have been trying to work out how and who will expose his ugly side.

But it might be two unsuspecting characters that blow the lid off the whole thing and save Chantelle from more hurt.

Their two children Mia Atkins (Mahalia Malcolm) and Mackenzie Atkins (Isaac Lemonius), have often been in the house at the time their dad is abusing their mum.

And on occasion, he has raised his voice in a menacing manner in front of them, begging the question – are they aware of what’s going on between their parents?

In a recent Q&A with Jessica who plays Chantelle, the actress told of how important it is to educate children about healthy relationships so as to prevent domestic violence from happening between a couple in the future. 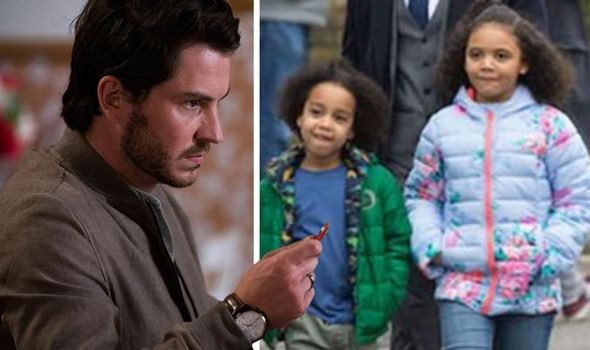 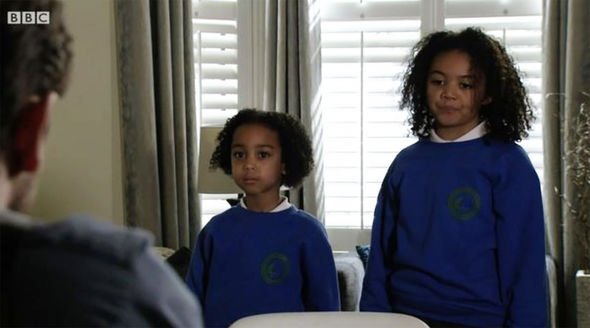 “As much as Gray is an abuser, when I watch it back there’s some part of me that feels as bit sorry for him because I realise that he witnessed abuse as a young child and never learned what a healthy relationship was,” the BBC soap star said.

“That’s another thing that’s so important to show – exposing children to domestic violence in the home is so damaging and is a form of abuse in itself.”

She referred to her on-screen husband as “broken” and put his behaviour down to his own experience.

But she insisted that educating children about healthy relationships is “so important to stop domestic abuse” – could this be a clue as to who will out the villain once and for all? 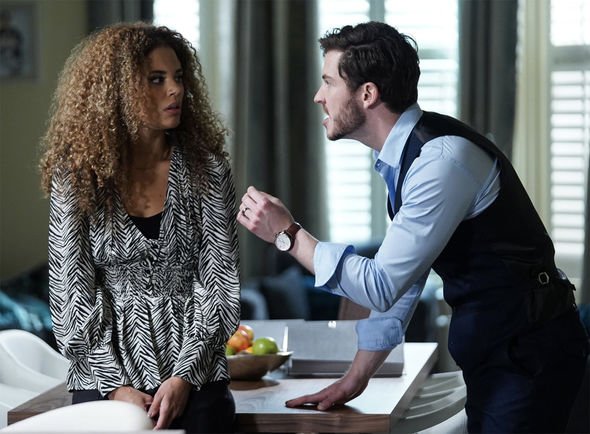 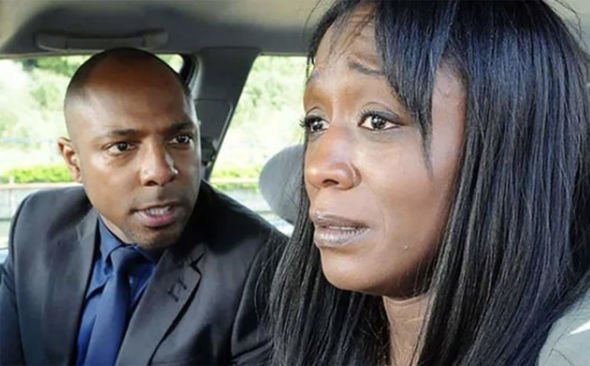 With this in mind, could this notion possibly be at the forefront of the storyline over the next few weeks?

If Chantelle comes clean to her children, they might already be aware.

Would they be willing to tell their grandparents about what’s been going on behind closed doors?

It’d be a devastating end for Gray to have his kids be the ones to end his reign of terror over his wife, but it’s about time Walford found out who he really is.

Elsewhere in Albert Square, Denise Fox (Diane Parish) is in for a shock and a half when a blast from the past rakes up dark memories.

Just as the hairdresser gets her feet back on the ground, upcoming scenes will see her life turned upside down once again as newcomer Ellie Nixon (Mica Paris) arrives bringing with her bad news.

With the plot still under wraps, could Ellie be a relation to evil Lucas Johnson (Don Gilet) somehow?

Fans will remember Lucas tormented Denise to the point of madness before he was arrested and jailed for his heinous crimes in 2010, all in the name of love.

Perhaps something’s happened to him in prison, after his escape four years ago proved fruitless and Denise once again rejected his advances.

If the killer has died, Ellie could be bringing the bad news to Denise’s door, possibly blaming her for everything and picking up where he left off.

It has not been revealed whether Lucas’ character is being brought back or if newcomer Ellie has any connection to him, but the latter will be a figure from Denise’s past likely to cause ructions.

Could the newcomer be the next Walford villain as she’s intent on ruining Denise’s life?

EastEnders continues Monday at 8pm on BBC One.