EastEnders resident Denise Fox (played by Diane Parish) has been left hiding in her home as she fears bumping into serial-killer ex-husband, Lucas Johnson (Don Gilet) after he returned on Christmas Day with the pair’s daughter Chelsea (Zaraah Abrahams). Now, with many fans of the BBC soap convinced it will only be a matter of time before Lucas kills again, could it be Jack Branning (Scott Maslen) who meets a grisly end after the show appeared to drop a hint in its latest episode?

Fans saw Lucas land back on the show on Christmas Day after having been released from prison.

But when he came face-to-face with Lucas, there was another upsetting surprise in store.

The pair’s daughter Chelsea was there to support him, believing he had changed – leaving Denise furious.

Since their encounter, Denise has been living in fear Lucas will return to terrorise her, despite having a restraining order against her. 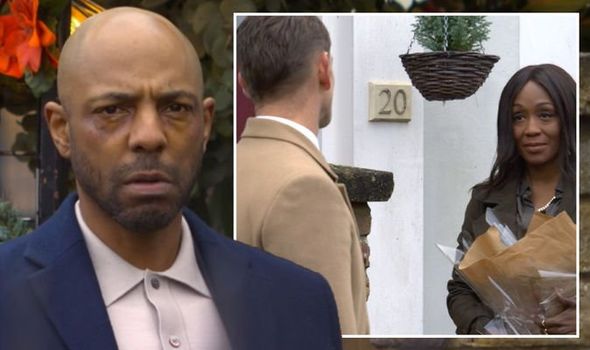 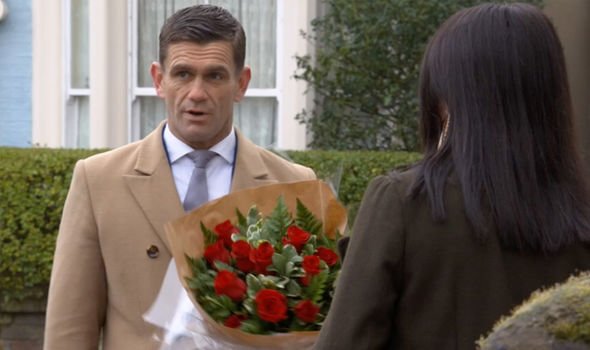 And when father figure Patrick Trueman (Rudolph Walker) saw just how frightened Denise was, he made a desperate plea for help to Phil Mitchell (Steve McFadden).

Phil organised for some of his heavies to attack Lucas and it seemed this may warn him away from the Square for good.

But last night, fans discovered Lucas had survived the assault and was back to stalk Denise.

However, a giveaway scene at the end of Tuesday’s episode seemed to suggest it’s Jack Branning who needs to keep his wits about himself. 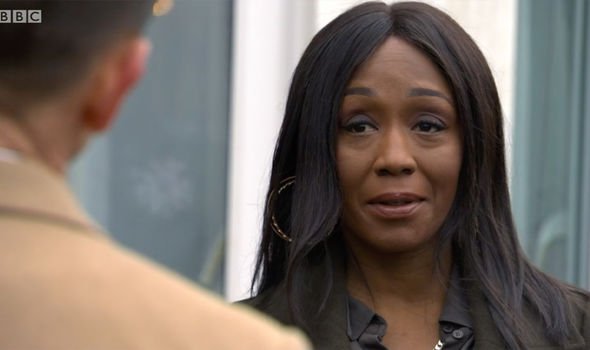 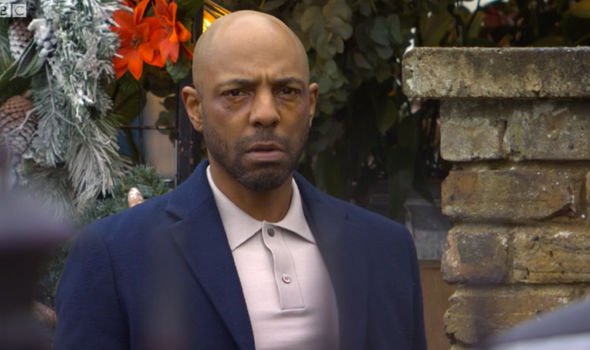 Jack finally persuaded Denise to give their relationship another go after weeks of trying.

The pair had a heartwarming reconciliation but it was overshadowed to fans by the glare of Lucas, who was back in Walford.

With the scene focusing on Lucas’ clear disgust of Denise getting back with her partner, it suggested this could spell the end for Jack.

Many fans agree with the idea it could mean Jack is in serious danger, warning the show not to kill-off the fan-favourite character.

Taking to Twitter, one fan shared: “Crazy Lucas had better stay away from our Jack!!!!  #EastEnders.”

“@bbceastenders I think Lucas will blame Jack for his attack, target Jack and his family, the kids and Max even #Eastenders,” commented another.

A third shared: “If Lucas touches a HAIR on my beloved Jack’s head… I’ll boycott the show #EastEnders.”

“If either Jack or Denise gets killed off by Lucas I’m gonna lose it #EastEnders,” echoed another fan of the couple.

A fifth fan wrote: “#EastEnders Omg if Lucas kills Jack the tension really will be raised!!!”

But would Lucas really risk another spell in prison to go on another killing spree?

Other residents who fans have believed could be at risk include Ruby Allen (Louisa Lytton), who was approached by Lucas upon his return.

With it looking more likely Lucas will strike again, who will be the one to meet a devastating end?

EastEnders airs Mondays and Fridays at 8:05pm and Tuesdays and Thursdays at 7:35pm on BBC One.