Mick (played by Danny Dyer) has been grappling with his past for months on the BBC soap but over the Christmas period, he realised Katy (Simone Lahbib) had sexually abused him when he was a child as she prayed on his vulnerability. The paedophile has been doing everything she can to keep her crimes under wraps but after a heated confrontation with her daughter Frankie Lewis (Rose Ayling-Ellis) during Monday’s edition of EastEnders, she did her best to make sure she could manipulate her victim into not calling the police. However, Shirley (Linda Henry) heard every single word and as a result, she ended up punching her son’s abuser in the street. Could she just have cost her child his right to get justice?

The residents of the Square, such as Phil Mitchell (Steve McFadden) and his son Ben Mitchell (Max Bowden) watched as Shirley kicked Katy in the stomach.

With so many witnesses around, Mick’s mother ended up making a call to someone who seemed to have a link to the authorities to report an assault.

It was not stipulated whether or not this was to tell the police what had happened to her son or whether she was heading herself in.

Nevertheless, viewers watching the dramatic scenes at home think the feisty character could have jeopardised her child’s case.

Taking to Twitter, one fan wrote: “Oh poor Mick. Shirley’s reaction was so completely understandable but it’s probably made everything so much worse. Now he’s going to feel the huge anxiety of everyone knowing and/or finding out #EastEnders.” 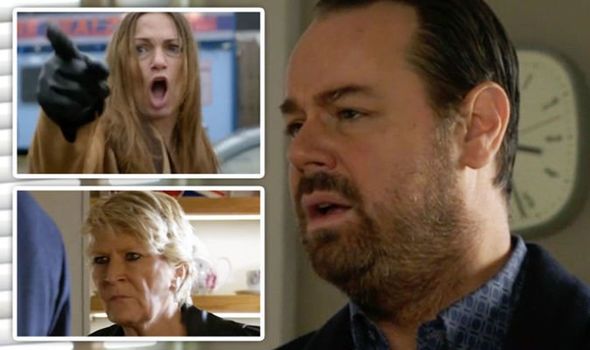 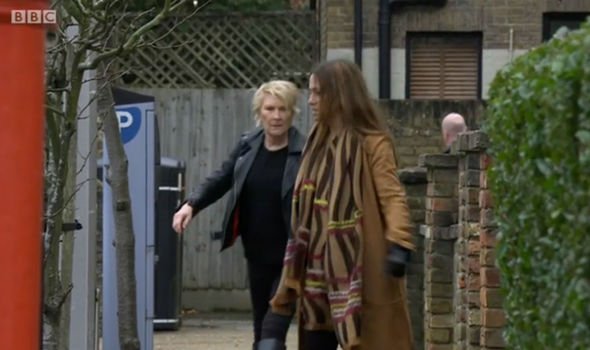 Another added: “Shirley making it worse #Eastenders,” whilst a third commented: “Oh Shirley, that wasn’t the wisest move #EastEnders.”

“That scene highlights the reality of knowing or being related to Shirley, she usually makes things a good deal worse #EastEnders,” a fourth remarked.

With Katy having witnesses and evidence of an attack on her, will she paint herself to be the victim of Mick’s ordeal?

This would mean the former landlord would not get the justice he deserves for what he was put through as a child. 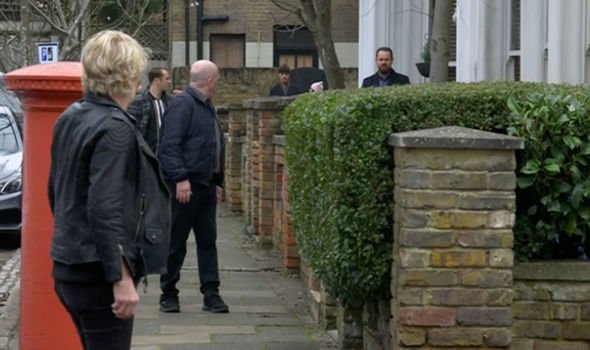 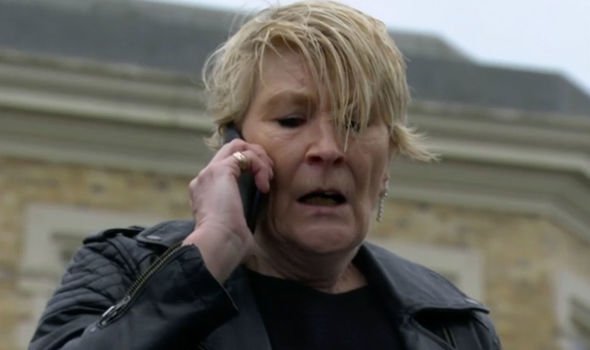 Or will a jury, having seen and heard all the evidence of the case, realise Katy has been manipulating Mick for years?

Some viewers were pleased to see the paedophile get her comeuppance as one viewer wrote on Twitter: “Shirley has just done what everyone has wanted to do to Katy for weeks #EastEnders.”

A second remarked: “I don’t condone violence but I may have re-wound that to watch Shirley giving Katy a kicking a second-time #EastEnders.”

Whilst a third shared: “My heart is racing after that… fantastic acting from @MrDDyer, @simonelahbib and Linda Henry #EastEnders.”

The actress who plays Katy, Siobhan, has spoken out about her character finally being exposed as a child abuser.

Asked if Mick should report her to the police, the soap star said: “Personally, I really want it to happen!

“I really want to see Katy Lewis get her just desserts and justice to be served. I hope it goes beyond Shirley beating her up and that she goes to prison but who knows!”

It seems the villainous character won’t be going anywhere soon as the actress has addressed becoming a part of the cast.

Siobhan has been enjoying her time on the show and said: “I’ve been very lucky that I’ve done quite a lot of episodic TV.

“And that means that you get to collaborate with people over the length of a storyline and you get to really build a bond – you become a team or like a family.

“You’re all in it together and work on a different level because of that. It’s much less satisfying to play a role where you go in, do a few scenes and leave.

EastEnders continues Tuesday at 7:35pm on BBC One.

If you or anyone you know has been affected by the discussion in this article, please see the NSPCC website here for help and advice.