Shirley Carter (played by Linda Henry) enjoyed a long romance with Phil Mitchell (Steve McFadden) but ultimately the dodgy dealer chose Sharon Mitchell (Letitia Dean) over her. However, the unlucky-in-love Carter could find herself embarking on new arrival Terry Cant (Brian Conley) as the new arrival to EastEnders admitted the two characters will be spending a lot of time together.

Next week, Sonia Fowler (Natalie Cassidy) will be mortified when her estranged father turns up in the Queen Vic.

Their first encounter doesn’t quite go to plan but BBC soap star Brian revealed Sonia won’t be the only Walford resident on his mind.

Speaking to Express.co.uk and other press, the actor noted Terry will be a hit with the ladies.

“Everyone thinks I’m Martin Kemp,” Brian joked. “I think if you can make a lady laugh, you know, things could happen and I do make a lot of them laugh.” 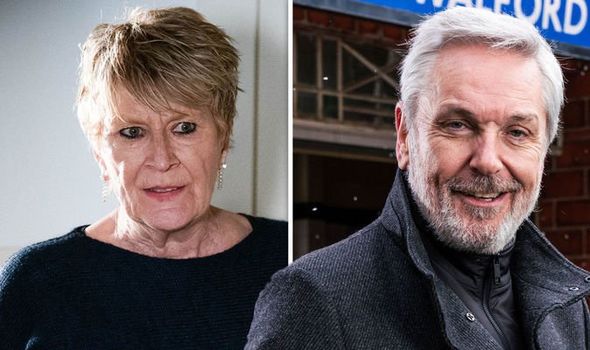 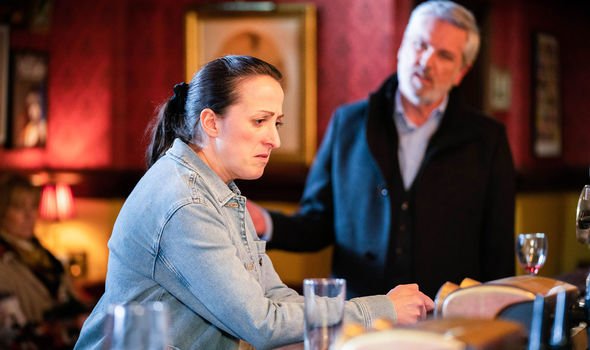 “I’m a bit of a smoothy, a bit of a romantic, I will bring a flower and especially for one or two girls [in Walford],” he continued.

“I tend to sort of chip away at them but I am romantic, I am a bit of a gentleman I have to say.

“Of course, when you are in it for some time, they do write for you, you can’t hide.

“It does end up being you and I’m lucky that I am a bit of a gentleman. I think it’s my age as well I’m very respectful.”

“Initially, the writers don’t know who Terry Cant is and I don’t but as these last couple of months have gone by I can tell they’re writing for me now,” Brian explained. “It does become you and luckily, I’m a cheeky lad from London.” 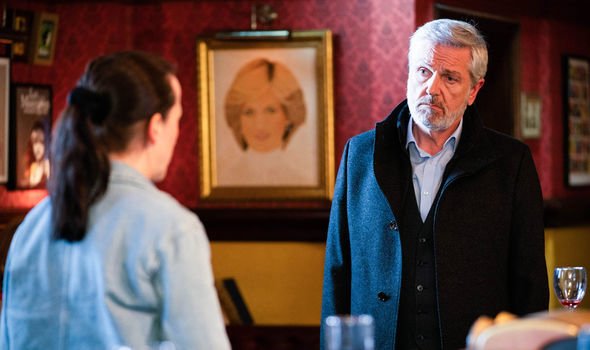 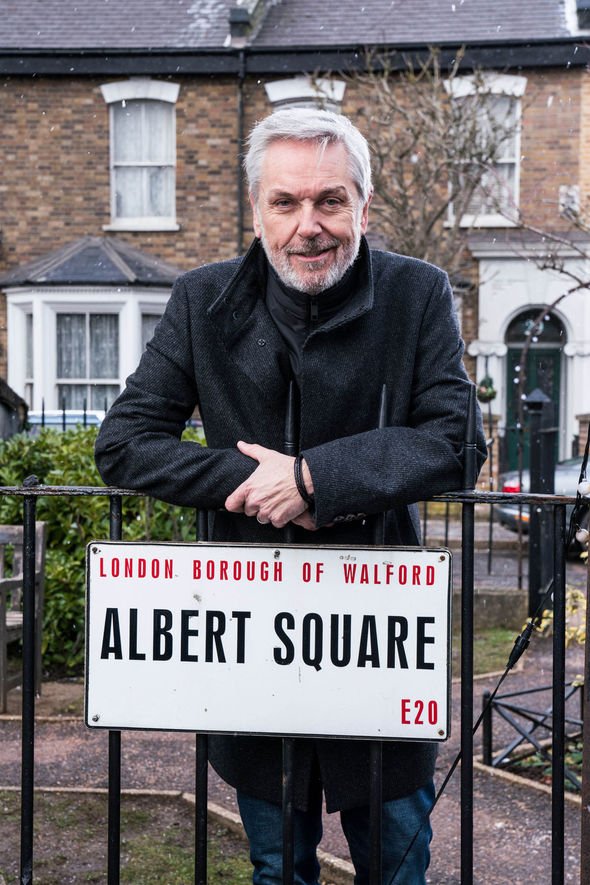 Brian revealed his character will spend time with everyone on the Square but he enjoyed his scenes with Shirley star Linda the most.

“I’ve dipped into everyone’s lives because I am charismatic,” he said.

“I’ve held court in the bar and everyone sort of goes, ‘Well, who is he?’ I have helped in certain situations too and been there but I’ve worked with everyone.”

“Linda Henry who plays Shirley I was really intimidated because we all know the character is very tough and she’s Danny Dyer’s mum,” Brian remarked.

“So honestly, I thought, ‘I’ve got to be on this’ well but I’m telling you, she’s the nicest person there, she’s so lovely and so warm and so caring.”

Could Terry’s scenes with Shirley suggest a romance will blossom between the pair?

Shirley works for Phil despite their tumultuous love affair and she’s continued to hold a candle for him.

But could Sonia’s father be the one to sweep Shirley off her feet?

Opening up on joining the BBC soap, Brian admitted he was relieved by his co-stars’ reaction to him.

“I realised that everyone knows what it’s like for me,” Brain began. “They’ve all walked in my shoes, they’ve all stood there.

“So, even now, they’re very accommodating and they don’t mind maybe going over it a little bit more than they would, because I’m new.

“The turnaround is very quick, which of course it’s not in the theatre, you do have time to go through things slowly, go away, think about it sleep on it.

“But you have to turn around [EastEnders] quite quickly, which is exciting but when you get first arrive on set it’s like joining a speeding train.”

“‘You’re like, ‘Oh my god, I’ve gotta keep up with it all’. Trying to get all the scripts in the right order because you get a lot of scripts so there is a lot of work,” he added.

EastEnders continues on Thursday at 7.35pm on BBC One.