Stacey (played by Lacey Turner) has faced endless turmoil on EastEnders of late, having discovered her mother Jean Slater (Gillian Wright) has been diagnosed with stage-three ovarian cancer and the surprise return of her estranged brother, Sean Slater (Robert Kazinsky).

The mother-of-three has also recently rumbled the affair between her cousin Kat Slater (Jessie Wallace) and father to her son Arthur, Kush Kazemi (Davood Ghadami), seemingly pleasantly surprised by the romance.

This week’s instalment of the BBC soap saw her husband Martin Fowler (James Bye) live his worst nightmare as his teenage daughter Bex Fowler (Jasmine Armfield) went missing after she confessed her love for his best friend, Kush.

Martin blamed Kush for his daughter’s disappearance and although Bex returned home safely, he denied the father access to his child, which could now culminate in Stacey’s upcoming exit from the show.

Going to be dramatic

Upcoming scenes will see Kush tell Stacey and Martin he is filing for joint custody of toddler Arthur, which leaves the Slater clan with quite the dilemma on their hands.

Furthermore, Stacey will also learn the devastating truth her cousin Kat knew of Kush’s plans and has kept quiet since her discovery, believing she had convinced her partner to not begin the legal proceedings.

As the drama unravels and Marin surely hell bent of making sure Kush pays for Bex’s disappearance, the two men’s rivalry could lead Stacey to take drastic action and flee from the Square with the young toddler.

Speaking of Stacey’s exit plot at the British Soap Awards, Martin Fowler actor James Bye, 35, teased what viewers can expect as the iconic character bows out.

James told RadioTimes.com: “It’s a slightly different exit to what the audience may be expecting,” as well as adding it was “going to be dramatic.” 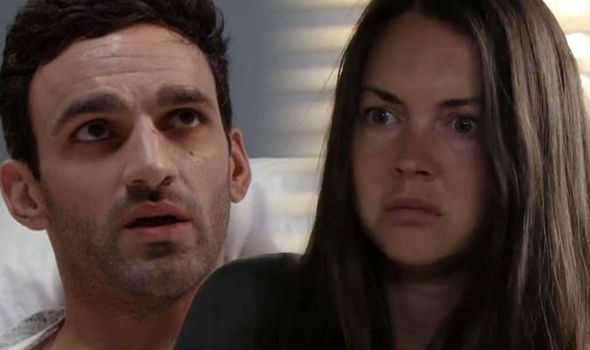 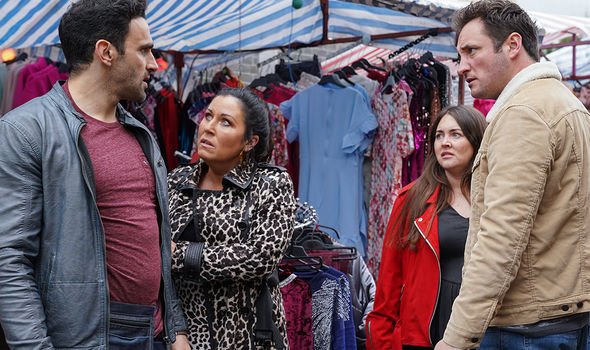 Could it be Stacey ups and leaves in the middle of the night, not telling any of her loved ones where she’s going as she doesn’t want Kush to find her or the police once he realises his son has disappeared?

If Stacey were to flee Walford, it would certainly be out of character at this present time as she has been so committed to stand by her mother during the course of her cancer treatment, but she may entrust Kat will step into the role in the absence.

However, the thought of Stacey leaving the Square isn’t completely out of the character’s realm, having fled Walford with daughter Lily after the authorities discovered she was the one who killed EastEnders villain, Archie Mitchell (Larry Lamb).

When Stacey returned following a four year break from the soap, it was Kat who tracked her cousin down and when she returned to the Square, the comeback character finally paid for her crimes as she was sentenced to five years for killing the dastardly Queen Vic landlord.

Stacey ended up appealing her sentence and was successful, returning to the Square where she then developed a crush on Kush, which led to the pregnancy and subsequent birth of their son. 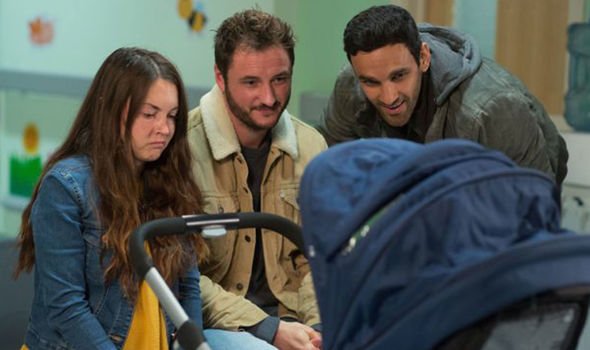 If Stacey does flee Walford and then makes her way back to the Square after the actress maternity leave, could it a case of history repeating itself as she is reported to the police for child abduction?

Viewers will have to wait and see what the soap has in store for the long suffering mother, but in the meantime, Keanu Taylor (Danny Walters) makes his own plans to leave the Square.

Keanu believes ex-girlfriend Louise Mitchell (Tilly Keeper) aborted their baby weeks ago, but little does he know, she is still very much pregnant and now, her father Phil Mitchell (Steve McFadden) knows the truth.

Louise will discover her former lover is going to leave his family in the Square and makes a bid to change his mind, which leads to a reunion between the young lovers.

Although it seems Keanu will be remaining in the Square, he will be dealt a huge blow when he discovers his former lover Sharon Mitchell (Letitia Dean) is also pregnant, but is the baby his?

EastEnders continues Monday at 8pm on BBC One.