EastEnders viewers saw Chantelle Atkins (played by Jessica Plummer) tragically killed by her husband Gray (Toby Alexander Smith) last month after she had narrowly missed the chance to escape her abuser. But despite a couple of the people closest to Chantelle starting to suspect her death was not an accident, most of Walford is still firmly on Gray’s side. One person who is desperate to help is Whitney Dean (Shona McGarty), who is concerned for the pair’s children who have just lost their mum – but could this be an indicator her relationship with Gray will develop once more?

Whitney and Gray shared a kiss earlier this year after the former wrongly believed the legal-eagle was making a move on her.

The pair had formed a solid bond due to Gray’s work on Whitney’s case after she defended herself against villainous Leo King (Tom Wells) – which led to his death.

The residents of Walford have continuously dubbed Gray a hero due to the fact Whitney was allowed bail and it has been starting to look as though she may be cleared of the charges against her.

However, what Whitney and the rest of Albert Square don’t know is it was Gray who was responsible for his wife’s sudden death. 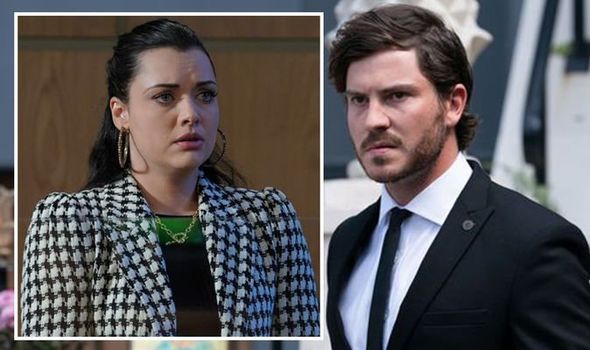 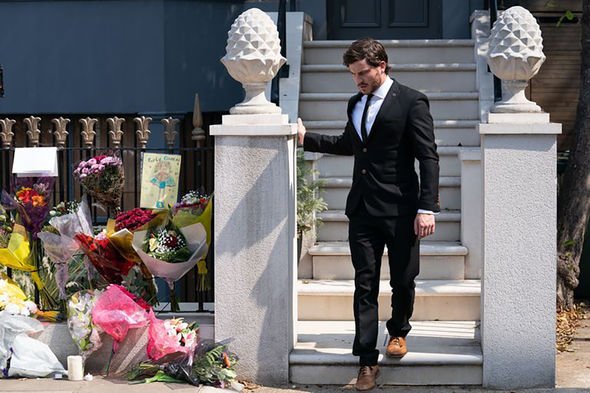 But next week, viewers will see the reality of what he’s done finally get to Gray.

He will be seen struggling to look after his two young children as well as work on Whitney’s intricate trial – coupled with the guilt of his murderous actions.

When Gray turns up late to the meeting in question and, she explains she wants to take him off the case. 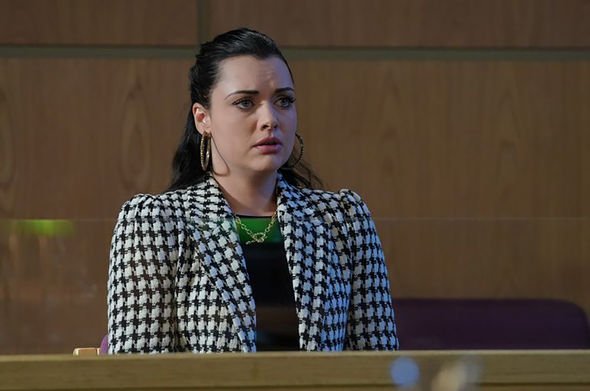 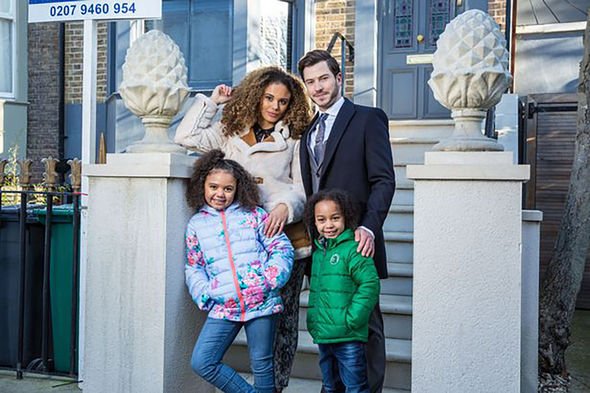 Gray’s co-worker points out the first trial hearing and Chantelle’s funeral are being held on the same day.

But Gray pleads with his colleague to let him continue as planned as he needs the work.

Whilst Gray tries to get through his work stress, Whitney has been looking after the solicitor’s young children – MacKenzie and Mia.

Whitney is struggling to look after the kids but the troubled resident still thinks the world of Gray due to everything he has done to help her.

Later on, Gray returns home and informs Whitney he will be staying on her case.

Whitney is pleased but she urges Gray to be with his children for the funeral, despite being terrified of the idea of facing court without him.

When it comes to the day of Chantelle’s funeral, Gray is barely able to hold it together as he remains racked with guilt

On the day of the trial, Whitney goes ahead with her court appearance with Sonia Fowler (Natalie Cassidy) there for support – but neither could be prepared for what happens next.

Whitney is grilled by the prosecution but she will find the courage to defend herself and if she manages to come out the other side, she will owe it to Gray and surely offer to help out with the children.

With Whitney seeing just how far Gray is prepared to go to make sure she gets justice, could sparks fly once more?
Unlucky-in-love Whitney is oblivious to what Gray put Chantelle through and she will see no reason not to trust him as he plays the grieving husband.

Could Gray and Whitney end up embarking on a dangerous relationship as she continues to spend more time around the Atkins’ household?

It’s clear Whitney feels a level of responsibility to help look after Chantelle’s children but could this be a sign of something more to come?

If you have been affected by Chantelles’s storyline, visit Women’s Aid here or ring the National Domestic Abuse Helpline on 0808 2000 247.

EastEnders airs Mondays and Fridays at 8pm and Tuesdays and Thursdays at 7:30pm on BBC One.