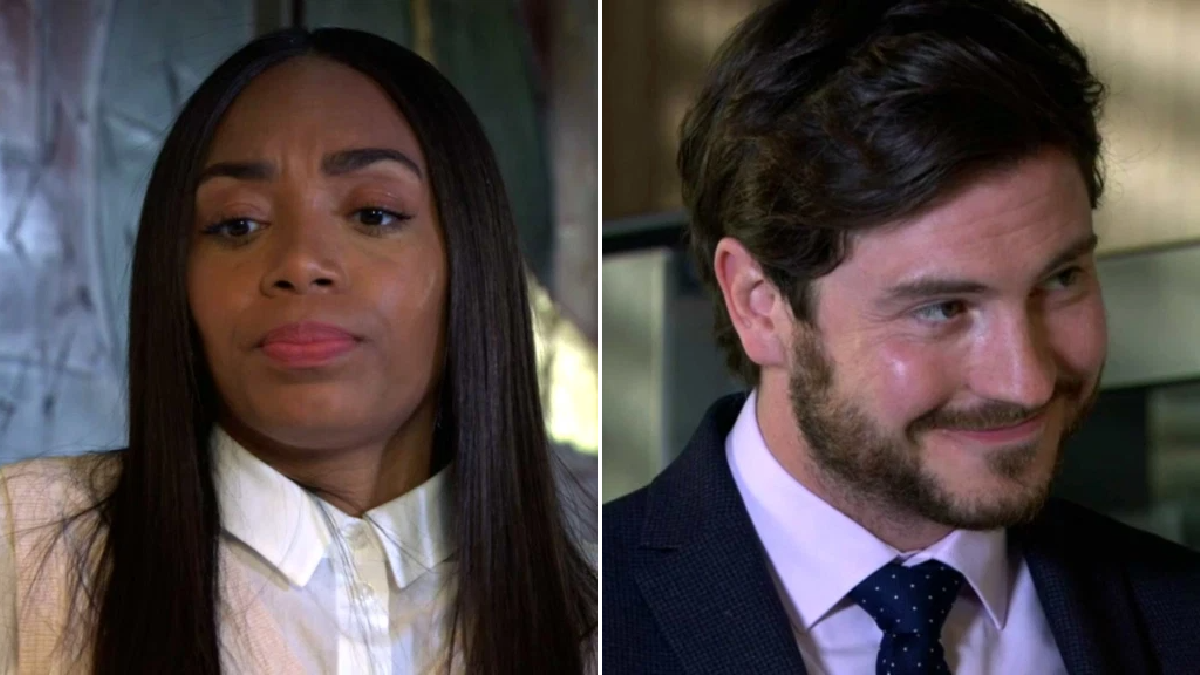 EastEnders star Zaraah Abrahams has hinted that Chelsea Fox will be instrumental in the end of killer Gray Atkins (Toby Alexander-Smith) as the pair grow closer – and has enthused that it would be poetic for Chelsea to bring him down.

Asked about what the next few months could hold, Zaraah told Metro.co.uk: ‘There are a few more twists to come; Chelsea does see another side to him. And this could well be the start of Gray’s downfall.

‘It’s been such a huge storyline. Chelsea is always in other people’s business so I think she is a big stem to him falling apart.

‘She doesn’t let go of things that she hasn’t got answers to. Especially as a woman as well, to find out where it all started from the domestic abuse, it would be good for her to be involved.’

However, there are downsides to being paired with a serial killer. Asked about if she ever gets worried about her storylines being around killers potentially leading to her exit, Zaraah joked there are moments she worries about how she might pay her mortgage.

But, hand on heart, she insisted that whatever the outcome, she would have been grateful for the journey.

She laughed: ‘There’s definitely a flicker of “oh no!”. But the older you get and the more things you work on, not everything can go on forever or lead to other things so you just enjoy it while you can.

‘I mean there’s always the element of “oh no I have a mortgage to pay, what’s happening!?” But I just feel very lucky so if it were to come to an end then that would be absolutely fine, I have worked with so many of the actors. Touch wood she comes out fighting, let’s hope!’

Another complication that could arise are Chelsea and Gray’s growing feelings for one another, which Zaraah warns are deepening by the day.

She explained: ‘I think initially it’s just for her gain but there is an attraction there and it’s not just because of the money. It started out as a bit of fun but they spend a lot of time together, he ticks boxes for her and feelings grow, there could be a future for them in her mind.

‘Also she’s found someone who seems to be able to tolerate her, so that’s a bonus!

‘He is used to being in control in personal life and work. He is caught off guard as she won’t be told what to do but he kind of starts enjoying that experience and it brings out yet another side to him.,’ she continued. ‘But also, you just never know with Gray do you?

‘Maybe he is just making her feel like she is in control. But for now, he seems to be enjoying not being the boss in everything.