The Inbetweeners actress kicked off at the former football manager before the Ding Dong Merrily On High challenge. 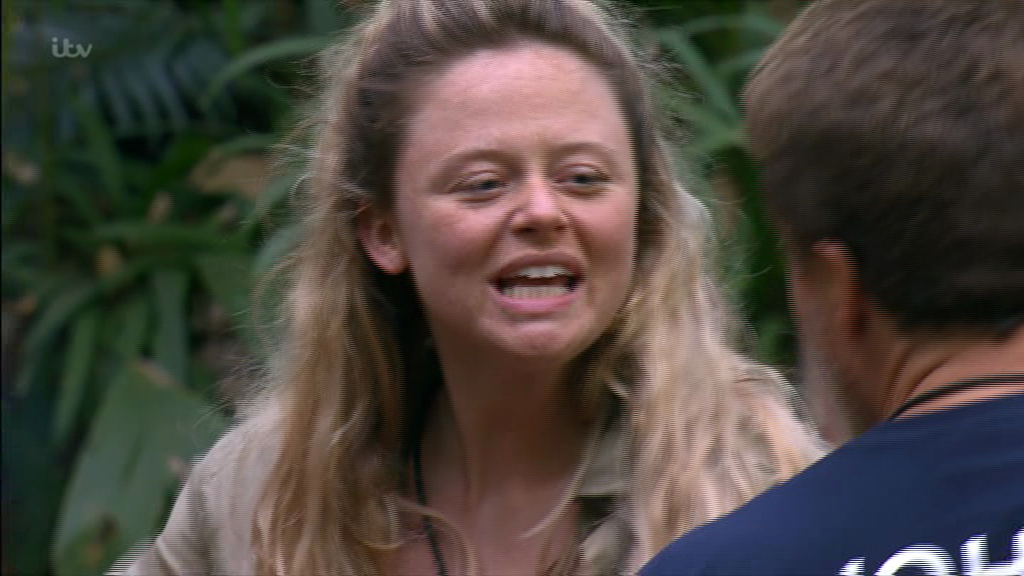 The campmates were trying to choose who should take on the challenge, with Emily, James McVey and Fleur East all keen to do it.

After it was agreed that 24-year-old James should have a go, 71-year-old Harry suggested that the group should choose between Fleur, 31, and Emily, 28, by getting them to guess which hand he was holding a stone in – with whoever guessed correctly taking on the trial.

Emily snapped: "No because you will swap it if it's me."

She continued: "You want Fleur to do it." 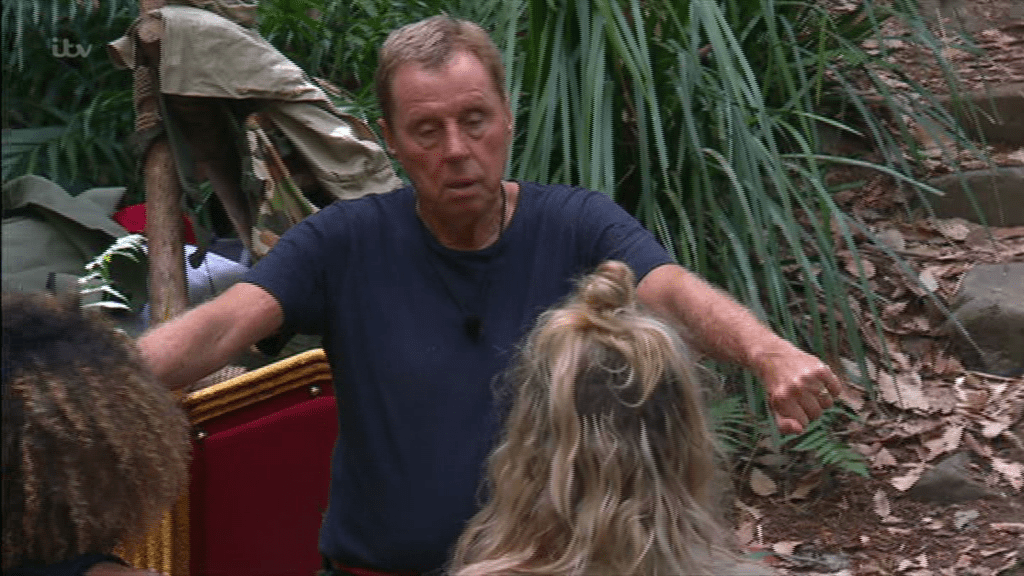 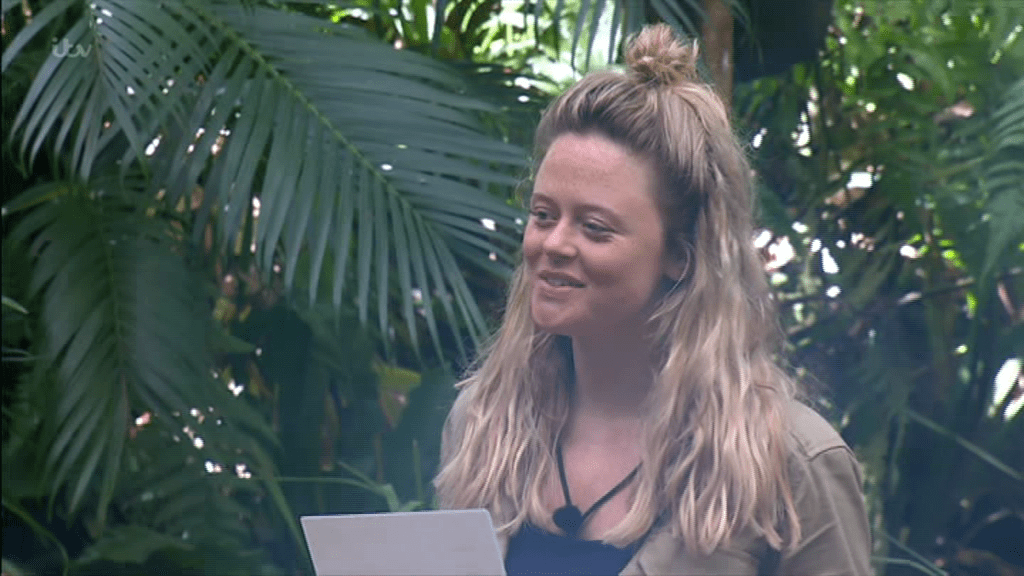 Harry appeared to be put out by the accusation, replying: "I won't. Why would I? I won't swap it."

Nick Knowles added: "Don't be silly, he wouldn't cheat the bloody thing like that."

Emily eventually relented but chose the wrong hand – with the blonde beauty throwing a tantrum as she whined that Fleur did a trial the day before.

Stamping her feet, Emily moaned: "I really want to do it!" 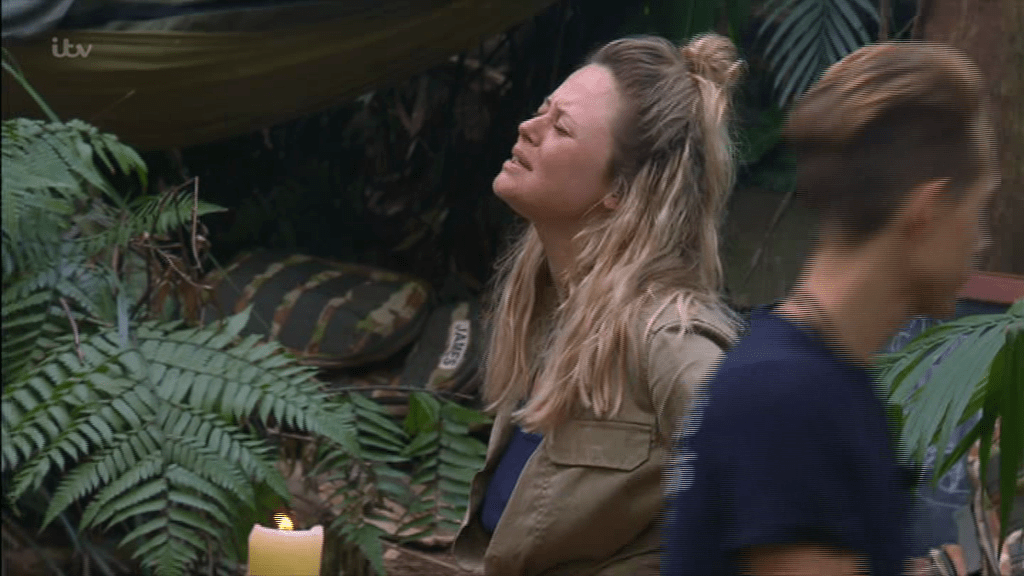 Later in the Bush Telegraph, Emily confessed that her behaviour had been "vile".

Laughing, she quipped: "I kicked up a stink, didn't I? 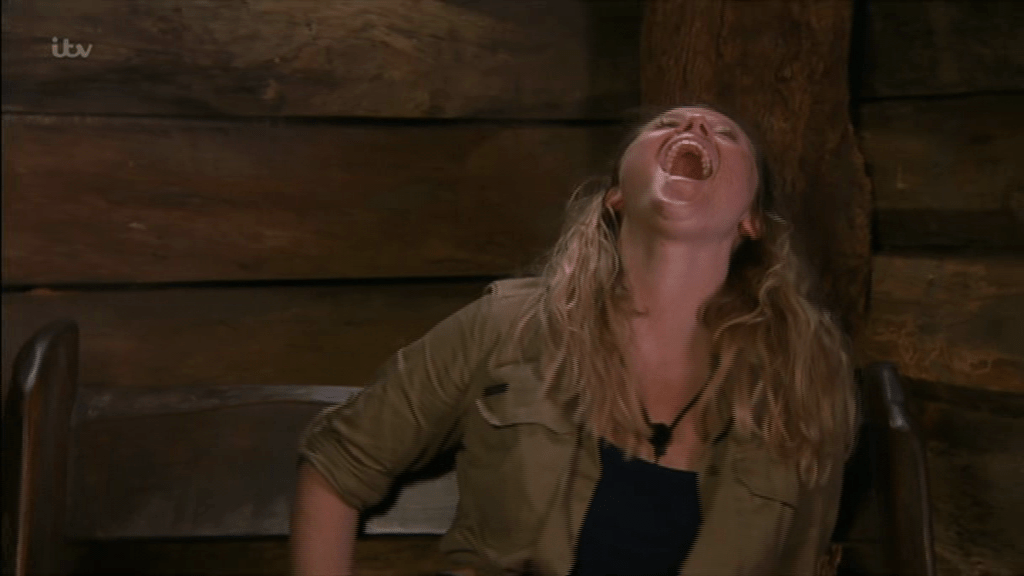 Emily then confessed that she was acting up because she is on her period, sharing: "It is because it's my time of the month, I'm being vile."

Meanwhile, Harry is the bookies favourite to win the ITV reality show on Sunday night's finale – with Emily in second place.

Bookmakers Coral have priced Harry’s chances of being crowned King of the Jungle at 1/3; Emily is currently 6/1, Fleur 10/1, and James and John Barrowman both 16/1.

Harry has delighted fans with his adoring tales of wife Sandra, attempts at doing the floss, and bizarre outbursts – such as his insistence that he’s never heard of Toy Story.

It was previously revealed that the star was the second highest-paid celebrity this year, nabbing £500,000 for his stint in the jungle.