Emmerdale viewers thought Arthur Thomas (played by Alfie Clarke) had turned a corner after realising his nasty behaviour towards Archie Breckle (Kai Assi) was not acceptable. In recent scenes, the young boy had started attending counselling, and his mother Laurel Thomas (Charlotte Bellamy) – who is determined to see the good in her son – thought they were seeing progress. But during tonight’s episode of the popular ITV soap it seems her son and Archie have a lot of explaining to do. In the midst of saving Dotty, does she and partner Jai Sharma (Chris Bisson) make a fatal error?

After setting up the tents and making a campfire, the adults went indoors to get the food prepared.

But little did they know the damage both Archie and Arthur were causing outside.

Taunting Archie over his age and relationship with grandfather Rishi, Arthur encouraged the younger lad to set the campfire alight, and when he refused, he doused the wood in fuel lighter and lit the match. 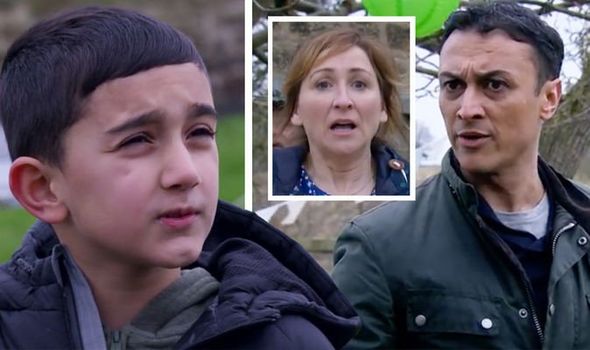 In a moment of blind panic and not assessing the consequences of his actions, Archie slapped Arthur’s hand and the lit match fell onto the tinder and ignited a huge blaze.

Panicking, they both ran off, with Arthur’s direction clear, while Archie just seemed to loiter for a while.

Ahead of tonight’s instalment, ITV have released a preview clip which shows the adults running towards the tent in terror to rescue Dotty.

“Right, who’s for burgers?” Laurel shouts walking out of the house before realising the smoke surrounding Dotty’s tent. 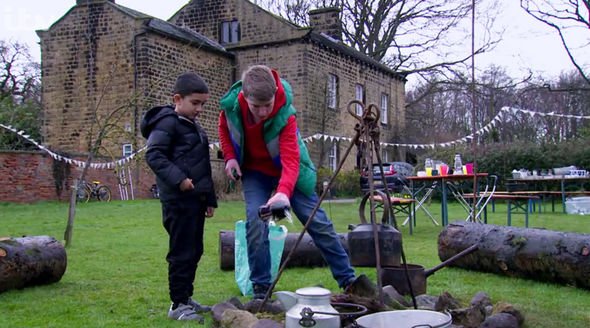 “Dotty!” she screams before lunging at Rishi’s knife and heading to the tent to attack it open.

Jai, who wasn’t far behind her remarked: “Water! Water dad! Have you got her?” he asked before dousing the material in water.

“It’s ok,” Laurel soothed her daughter and Nicola commented: “We were only gone five minutes.”

“Please tell me she’s ok,” Laurel panicked and turned to Manpreet Sharma (Rebecca Sarker) who said: “Let me have a look, let’s have a look at you.” 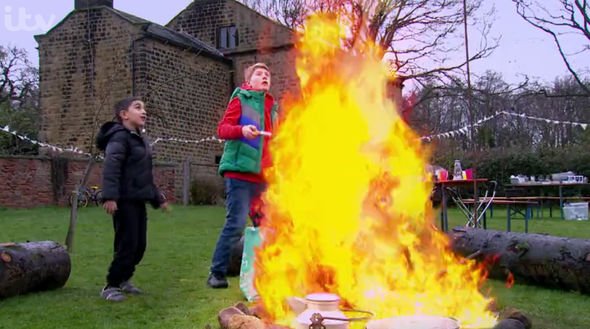 “Where’s Archie and Arthur? You said they were out here,” Jai commented and Nicola added: “Obviously not anymore.”

Viewers last saw the two boys running away in different directions, but what if one of them crawled into another tent?

With the blaze still burning brightly and the adults not checking the rest of the surroundings for other children, has a fatal error been made?

The actress who plays Laurel spoke to ITV’s Lorraine Kelly earlier today about her current storyline. 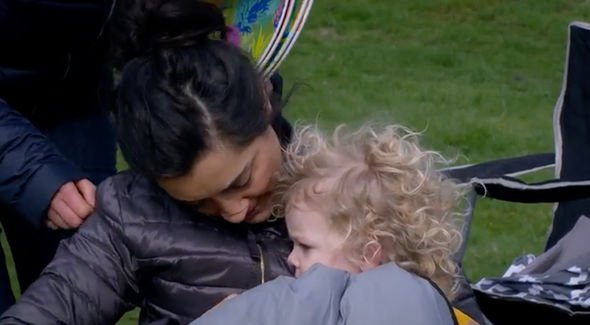 She said: “Arthur is just spiralling out of control, he is a very angry boy and so annoyed he’s in this new blended family with Jai and Archie.”

After watching the clip, she said: “It’s horrible, every parents nightmare isn’t it?”

As for what could happen next, it depends who is going to take the blame for the fire, technically Arthur set it up but Archie flicked the lit match onto the wood and set it alight.

Emmerdale airs Monday, Wednesday and Friday at 7pm on ITV.